Good Friday began after Jesus’ arrest in the Garden of Gethsemane (Mark 14.43-49). It led to a night of interrogation and abuse by certain leaders of the Jews (Matthew 26.57-68), who then took him early that morning to Pontius Pilate, who was the Roman governor of the territory (Matthew 27.1-2). There Pilate interrogated him, but Jesus gave no defense (Matthew 27.12-14). Pilate sent him to King Herod, who was a local ruler, and Herod also questioned him, but again Jesus said nothing, so Herod sent him back to Pilate (Luke 23.6-11).

Though Pilate was inclined to release Jesus, a mob had gathered, and people were denouncing Jesus and calling for his execution (Luke 23.22-24). Pilate consented to prevent a riot and ordered Jesus’ death (Matthew 27.24). A Roman crucifixion was often preceded by a severe flogging with whips, and Jesus’ case was no different. The soldiers beat him, spit on him, mocked him as a failed king, and then led him outside the city to the place of execution (Matthew 27.26-31). It was nine o’clock in the morning when they nailed Jesus to the cross, and he hung there until three in the afternoon before dying (Mark 15.25, 33). Most of his disciples had fled in terror, but some of his female disciples, along with his mother and one friend, John, remained at the cross watching him die (John 19.25-27).

All four gospels tell the story of Jesus’ last week of life, from the day of his entry into Jerusalem on a Sunday to his resurrection the following Sunday. It was the week of Passover, an important Jewish festival, and many Jews had gathered at Jerusalem for the week of worship. Jesus had entered Jerusalem with great fanfare in the days prior to the festival, and the crowds were excited to see him (Luke 19.28-40).

Jesus was betrayed by Judas, one of his disciples, during that week in Jerusalem (Matthew 26.1-2, 14-16). Judas sold information to Jesus’ enemies that allowed them to make a secret arrest, which seemed to them necessary since Jesus was popular with the people (Mark 14.10-11). The night before his crucifixion, Jesus and his disciples had had a Passover feast, and Jesus had told them that he was going to give up his life for the forgiveness of their sins (Matthew 26.17-28; Luke 22.7-20). Christians believe that Jesus willingly went to his death because, as God, he alone could absorb all the sins and evil of the world and pay the price of forgiveness (2 Corinthians 5.21). The word for this is “atonement” (Romans 3.25), which made reconciliation between humans and God possible, and thus Good Friday and its events are called good.


1/8/2021 8:06:01 PM
About Kathleen Mulhern, PH.D.
Kathleen Mulhern is a writer, editor, historian, speaker, and professor. She teaches courses in world history, European history, and history of Christianity. She has taught at Colorado School of Mines and Regis University, and is currently an adjunct professor at Denver Seminary in the areas of Church History and Spiritual Formation. Kathleen graduated with a B.A. from Wheaton College, earned an M.A. in French Literature from the University of Denver, an M.A. degree in Church History from Denver Seminary, and a Ph.D. in History from the University of Colorado.

More From Patheos About Good Friday 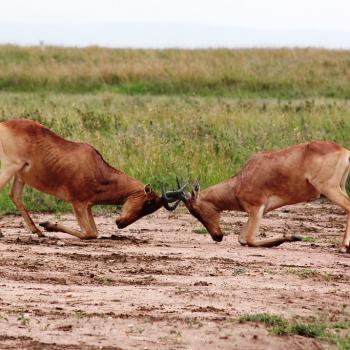 Progressive Christian
Hate has no home in Christianity
Kathryn Shihadah 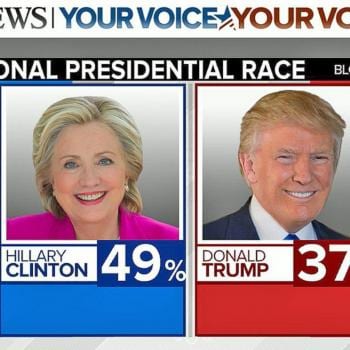