Bill O’Reilly, preacher of family values, has had a rough year. First, he lost custody of his children after a domestic violence report. Then several women have came forward and accused O’Reilly of sexual harassment, which he settled out of court.

Major advertisers started to leave O’Reilly’s very popular television show after these allegations and Fox News has decided that having him aboard is no longer profitable. O’Reilly has been officially forced out of the network.

It’s depressing that these terrible accusations didn’t bother Fox News until it started hurting them financially. However, I am thankful that a nasty man like Bill O’Reilly no longer has a major television show. In these dark times, that is a small glimmer of hope.

Although it’s kind of sad that O’Reilly losing his show is considered a victory. It should be expected. A man who abused his wife and other women shouldn’t have had his show so long. It was only taken seriously when major advertisers left the show.

Money is still more important than women’s bodies in America. 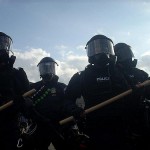 April 11, 2017
Alabama Senate Has Voted To Allow A Fundamentalist Church To Form Its Own Police Force
Next Post 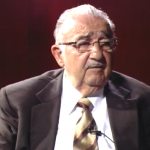