The coronavirus continues to destroy lives. It’s a tragic and difficult time for everyone. The government finally did provide financial assistance to its citizens, but sadly some of this help is clearly violating the separation of church and state. The Trump administration has now decided to use tax payer money to bail out churches and even pay pastor salaries. As NPR reports:

In a development that could challenge the Constitution’s prohibition of any law “respecting an establishment of religion,” the federal government will soon provide money directly to U.S. churches to help them pay pastor salaries and utility bills.

A key part of the $2 trillion economic relief legislation enacted last month includes about $350 billion for the Small Business Administration to extend loans to small businesses facing financial difficulties as a result of the coronavirus shutdown orders. Churches and other faith-based organizations, classified as “businesses,” qualify for aid under the program, even if they have an exclusively religious orientation.

Sadly, churches are now being classified as “businesses” in this bill. Despite the fact that churches are exempt from paying taxes! Andrew Seidel describes how this is unconstitutional in Religion Dispatches:

The government’s taxing power should not be wielded to oblige Muslims to bankroll temples, or to coerce Jews to subsidize Christian and Catholic churches, or to force Christians to fund mosques, or to compel the nonreligious to support any of the above. One of this country’s first religious freedom laws warned that taxing citizens and giving the money to churches is “sinful and tyrannical.” The right to be free from that compulsion is the bedrock of religious liberty.

Congress cannot spend public money to build or maintain churches, to pay salaries for priests and preachers, or to fund religious ministries. Doing so is unconstitutional. Doing so forces all citizens, regardless of their religion or lack thereof, to support religions that are not their own. Even if the American religious tapestry were monochromatic and every citizen attended the same church, taxing citizens to support that church would still be “sinful and tyrannical,” as that first religious freedom law so correctly pointed out.

In an effort to provide financial assistance as quickly as possible, Republicans were able to fit in some provisions that benefit churches and pastors using tax payer money. We could have spent that money on institutions who need it that are actually paying their fair share. 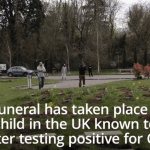 April 14, 2020 Religions Adapting End of Life Traditions Due to Coronavirus
Recent Comments
0 | Leave a Comment
Browse Our Archives
Follow Us!