Are you jealous of Josh Harris?

Are you jealous of Josh Harris? November 22, 2005 Adrian Warnock

Challies Dot Com has a great post where he confesses to being jealous of my fellow reformed charismatic Josh Harris.

The humour Tim begins with tempts me to begin my brief response with what I hope is a humorous comment of my own: “Tim you need to realise that since God dispenses grace sovereignly he just chose Josh to be more ‘jamy’ than you in this department. As a good reformed person why are you like clay answering back to your maker……”

On a slightly serious note, I sometimes think we should consider translating “grace” as “jaminess” but this isnt what I want to pick up on from Timbo’s post.

I have to say though that in one sense becomming a disciple is the responsibility of the Christian who is seeking it. How badly do you want this Tim? Badly enough to go ask for it? Badly enough to meet a pastor (not necessarily the top guy) to learn from them? Badly enough to look around your church and ask some honest questions: Is there anyone in your church being mentored and discipled in the way you seek? Are you missing out because of something in you that means you are not open to receive the input that is available? Or in all honesty are you not being discipled because in the church you are in you have a better chance of being struck with lightning than striking up such a pastoral relationship with an older wiser Christian?

If you want this badly enough you might even have to move churches.

This is going to sound strange to the ears of some I know, but I now believe that the most important factor in your choice of a church is actually your choice of that church’s leader. There are some churches where the leader is the kind of man that fosters a learning atmosphere such that not only in his personal relationships but also via the work of those who he has himself discipled the grace of loving correction and instruction is liberally present in the church.

I thank God that I am in such a church. As a result I am not in the least bit jealous of Josh for having CJ as a mentor. My mentors over the years have fulfilled their roles very well. What I need is to meet with someone who is ahead of me on the christian journey and who can help me to know how to take the next step. I thank God for the men of God who have fulfilled that role in my life previously. I now hope to continue following in the footsteps of one such man- Tope Koleoso for the rest of my life.

But to Tim and the others I would ask one thing. Do you know what you are letting yourself in for? Are you ready for the embarrassment of hearing you made a mistake? Or that you need to change in a way you never realised? Are you ready to be honest, and for someone to be honest with you?

In short, do you want to learn? For unless you want to learn you will never experience the kind of relationship Josh has with CJ. But if you want to learn, you will move heaven and earth to get yourself into a position where someone is doing their best to ensure that the knowledge you are learning about the bible is being applied in your life.

Tim, you dont have to answer this publicly- in fact I would encourage you not to! I would challenge you, however, to ask yourself these questions and be ruthless about extracting a truthful answer. More importantly still, ask your wife how she feels you should truthly answer these questions. She probably knows you better than you know yourself.

November 22, 2005 Help! I need somebody! Help! Blogger template nightmares
Browse Our Archives
get the latest from
Adrian Warnock
Sign up for our newsletter
POPULAR AT PATHEOS Evangelical
1

Evangelical
VIDEO - My Jesus, My Savior on American...
Adrian Warnock 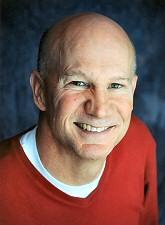 Evangelical
Facebook or Courtbook From the Man Who Kissed...
Adrian Warnock
TRENDING AT PATHEOS Evangelical