Disagreeing with Piper Over the Man in Romans 7

To whom is Paul referring when he writes the following words?

There are some theological questions that are not important. There are others that are potentially important. And then there are some that are always important. The question I want to throw out today falls into the middle group. It is very possible for us to disagree over who the man in Romans 7 is intended to be and still love each other, work together, and actually even have similar theologies because of how we interpret other Scriptures. But different opinions about this chapter can lead to a significant problem in our life if we come to certain conclusions.

There are two main interpretations that are frequently held (although see Piper’s work below for a fuller list of different viewpoints). John Piper, for example, believes that this man is intended quite simply to represent the typical Christian life. John MacArthur would support him, as would many reformed scholars. Martyn Lloyd-Jones and Terry Virgo are among those who would disagree and say, as Virgo did in the third of a series of talks on Philippians, that this is a “description of life before and outside of Christ, but looked at from the perspective of life in the Spirit.”

When Piper taught on Romans 7 he argued that his perspective on this verse would help protect against the idea, on the one hand, that Christians can ever become perfect and sinless in this life, and on the other hand, a passive failure to fight against sin. You can decide for yourself how well you feel he holds this balance. Here, though, are some of Piper’s introductory words:

One of the biggest disagreements over this text is who this man is. Whose experience is Paul describing? Is this the experience of Paul, the believer? Or is this the experience of Paul, the unbeliever? Christian or non-Christian? Or should we pose the question with more precision: Is this a morally awakened but unconverted Paul? Or is this the spiritually quickened converted Paul who is new and immature in the faith? Or could this be the mature Christian Paul, but in times of lapsed faith and vigilance? I don’t think I will tell you today what I think the answer is. I would like you to be thinking and studying this passage for yourselves without being sure what I think. 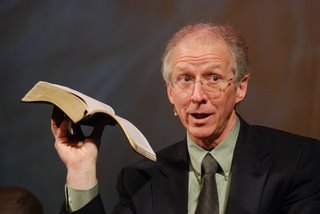 I do believe you can make a more or less plausible case for all of these possibilities and that none of them necessarily leads you into false teaching on the larger, over-all view of sanctification. In other words, it is possible to be wrong on our interpretation of one text but right in our view of the Christian life. You might say, “This text is not about Christian experience,” and still believe that Christians have experiences like this – sometimes doing what we don’t want to do. Or you might say, “This text is about Christian experience,” and still believe that much more victory over sin is possible than this in the Christian life.

So what we conclude (about whether Romans 7:14-25 refers to Christian experience or not) does not describe our whole view of Christian experience. There are dozens of other very important texts in the New Testament that we have to stir into the mix to see the bigger picture of the Christian life. Beware of people who build their views on isolated passages. That is where most cults and quirky interpretations come from . . .

If the man is a Christian or not a Christian, in either case his misery (“O, wretched man that I am,” verse 24) is caused by his indwelling sin, not by the Law. The Law is not sinful and the Law is not poison. I am sinful, and my sin is deadly poison.

Three times at least Paul makes the point. Verse 14: “The Law is spiritual, but I am of flesh.” Verse 16: “If I do the very thing I do not want to do, I agree with the Law, confessing that the Law is good.” Verse 22: “I joyfully concur with the law of God in the inner man.” So the Law is “spiritual” and “good” and a “joy.”

Piper goes on to state that he believes this man of Romans 7 is, in fact, a normal Christian. I do agree with Piper that it is possible to come to different positions on Romans 7 without it affecting one’s overall theological position. However, I also believe it is indisputable that if you do hold Piper’s position—that this indeed represents the Christian—there is a very real danger that, unlike I am sure Piper himself, you might actually conclude that it is all right for a Christian to feel pretty helpless against sin and, frankly, become despairing.

Because of this result, and in light of my study of the matter, I am unusually ready to say here that I think Piper is wrong and Lloyd-Jones and Virgo are right. Why do I say this?

First, Romans 7 and Romans 8 seem to be setting forth two different life styles that are mutually inconsistent. The man who knows no freedom in Romans 7 has been set free from the law in Romans 8. While it is true that without the Spirit we can have the will to do good, but lack the ability to do it, with the Spirit it is no longer true that we cannot carry out good. Paul seems to almost yell at us in Romans 8—you CAN do it! I am no believer in Christians becoming perfect, but I do so hope that your view of Romans 7 doesn’t lead you to a feeling of despair against ever enjoying living a victorious Christian life.

Lloyd-Jones expresses some of his reasons for believing the man of Romans 7 does NOT reflect the normal Christian life as follows: 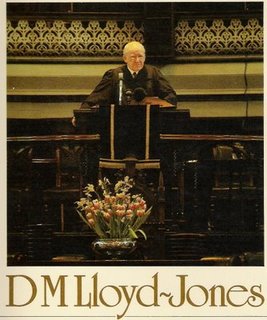 “When the Christian talks about his sin and failure he does not talk about it primarily in terms of the law; he talks about it primarily in terms of love, about his failure to live to his glory. The Christian does not go on speaking in terms of the law as the man in Romans 7 does. He is no longer ‘under
the law’ but ‘under grace.’ Furthermore, as the Apostle will show us . . . the Christian must never allow himself to feel the condemnation of the law . . . the whole object of this great 8th chapter is to emphasise that: ‘No condemnation . . . no separation.’ [MLJ Romans 7:1 to Romans 8:4 pp. 262-263. Cited online here.]

As one writer who holds a similar position to Virgo and Lloyd-Jones on this passage explains, with the understanding of Romans 7 that it does NOT represent the ideal Christian life, greater optimism about our fight against sin is possible:

“If, however, we, Christians, have “died to sin” (Romans 6:2), have been “freed from sin” (Romans 6:7) and are now “in (not ‘controlled by’) the Spirit” (Romans 8:9), then the possibilities of living lives that glorify God are as high and wide and broad and deep as the God who has called us. As people who are “spiritual,” not “fleshly,” we need not fall helplessly before the onslaught of sin (which was our life before Christ) but may with full confidence place our trust in Christ, through whom we have been freed from sin. Whereas before we had no choice but to go on doing the evil that we hated and not the good that we wished, now there is a choice.”

I found the earlier quote from Virgo as part of my preparation for a sermon I will be preaching on Sunday on Philippians. Terry made the link between Romans 7 and the problems with willpower and inability, contrasting it with Paul’s glorious challenge to us which shows that God gives us both the willpower and the ability to be broadly successful in our battle against sin.

“. . . work out your own salvation with fear and trembling, for it is God who works in you, both to will and to work for his good pleasure.” (Philippians 2:12-13)

June 20, 2008 VIDEO - Ed Stetzer Interview - Contextualization and Multicultural Churches
Recent Comments
398 Comments | Leave a Comment
"Our FL is an "Angel in Disguise" !!! ^w^Ef.866J.CO/T5011i"
Dif Global Faith and the Media – ..."
"There seems to be something more behind those red eyes story. I want to know ..."
Curls_of_Blue Queen Elizabeth’s Rainbow – Did Heaven ..."
"Forget everything else..HER FATHER THO?! 🤣😂 He is so friggin' adorable!in.M6K2N.ME/v5011L"
zoogleflorp God doesn’t use anybody, so don’t ..."
"just kidding 😅you are my only daughter 😌lH.657HW.CO/VP5011N"
Salrissa “Do small things with great love” ..."
Browse Our Archives
Related posts from Adrian Warnock