REVIEW: The Plausibility Problem: The Church and Same-Sex Attraction

REVIEW: The Plausibility Problem: The Church and Same-Sex Attraction May 19, 2015 Adrian Warnock

To summarize what I am trying to say on the subject, I really believe that the Church has a serious problem with how it has tended to address homosexuality.  We cannot get away from the fact that Christians have all too often treated gay people badly. We also cannot simply ignore the fact that the secular World around us seem convinced that evangelical Christians hate gay people.

What Conservative Evangelical Christians believe the Bible says no longer seems plausible to outsiders.  This is not just because of what Christians say, but also because of how it is said, and what church communities display to the world.

Something needs to change.

I believe that we are now at a crossroads. Each church, each pastor, each Christian faces a choice they will be forced to make.  Simply carrying on with the approach to this subject I discussed in yesterday’s post will no longer work.

There are it seems to me only two options.  And I believe that over time we will see every Evangelical will make one of these two choices.

The first option is to simply choose to wholesale reject the church’s historical teaching on same-sex attraction, and therefore reject what has typically been understood to be the Bible’s very clear teaching. If that is the choice someone wants to make they will surely find many voices encouraging them in that pathway today.

The second option is for Christians to face the fact that what they are saying about homosexuality, and how they are saying it simply isn’t working.  It is not coming through in the translation. Most Christians who want to approach the Bible as literally as possible, and in a typically evangelical way, will feel constrained not to simply abandon its teaching. What they will want to do, however, is to construct a better approach to both communicating and embodying the Bible’s message. 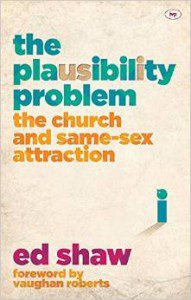 I recently read a very helpful book on this subject, that explains the problem the church faces today much better than I can. It also outlines what the author believes is a solution to what he calls The Plausibility Problem.

The book is written by Ed Shaw who is a minister who himself experiences exclusively same-sex attraction.  He is one of the founders of Living Out, together with my good friend Sam Alberry who long-time readers of the blog will be only too familiar with (see this post for example).

Ed’s and Sam’s books work well together. Sam outlines what he believes the Bible teaches on this subject. Ed explains what it is about the church and how it has addressed this issue that has made it so incomprehensible to most people today. Ed outlines what he calls ‘Nine Missteps’  that he feels the Church has made. These missteps he believes contribute to the problem the world has with the Church on this issue. Ed also explains what he believes are the solutions to each of these missteps.

I strongly commend Ed’s book to you. His is an important voice with an important contribution to Christians today as they struggle with this issue and how to approach it. 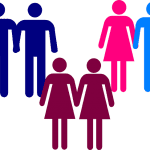 May 17, 2015
Why Christians should support International Day Against Homophobia, Transphobia, and Biphobia
Next Post 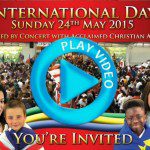 May 21, 2015 Join 70+ nations united to worship the Lord Jesus!
Recent Comments
112 Comments | Leave a Comment
"He reminds me of the church when I was a child. There was order, discipline. ..."
Guthrum J.I. Packer is taken to Jesus ..."
"I hope that a good percentage of Americans will take the vaccine."
RoverSerton Vaccine news – COVID-19 to retreat?
"And he still manages to sound wiser than his opponents."
Spartan093 Live like you believe in God ..."
"People still listen to this addict?"
Garvey's Ghost Live like you believe in God ..."
Browse Our Archives
get the latest from
Adrian Warnock
Sign up for our newsletter
POPULAR AT PATHEOS Evangelical
1