Why Christians should support International Day Against Homophobia, Transphobia, and Biphobia

Why Christians should support International Day Against Homophobia, Transphobia, and Biphobia May 17, 2015 Adrian Warnock 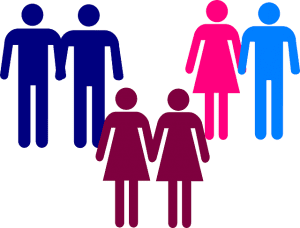 Today is commemorated around the world as the International Day Against Homophobia, Transphobia, and Biphobia.  In this article I want to persuade you that Christians should support such a day, and speak out against violence against gay people, against discrimination, and against rejection. We should instead offer an olive branch of love to these human beings as made in the image of God, and people for whom Jesus died.

I was speaking to a friend recently who told me that when he comes out as a Christian he finds it harder than when he comes out as gay. His experience is that people are now happier to accept him as gay than as Christian. But what baffles others most is when my friend comes out as both gay and Christian at the same time. We have got to the point in the culture wars where to many it now seems impossible that someone might both have a homosexual orientation and be convinced by the claims of Christ.  I am convinced that this is less about the beliefs many Christians share, and more about the perception the church has given.

The Plausibility Problem: The Church and Same-Sex Attraction

Within the lifespan of many serving pastors today Society as a whole has changed in a remarkable way on how it treats gay people. How the church responds to these changes has become a crucial issue that affects her witness more than any other today.

The popular movie The Imitation Game vividly tells the story of a brilliant innovator.  It is impossible to overstate  the many ways our society has benefited from the code breaking work during the war of Alan Turing. Thanks largely to him the computer was born, countless lives were saved, and he even gave us the Turing test to identify Artificial Intelligence.

One would have thought that the contribution of such a man would have been recognized at least behind closed doors, if not publicly because of secrecy concerns. But after the war, within the lifetime of many of my readers (tho not my own!) he was convicted of homosexual activity and offered a stark choice: be chemically castrated or go to prison.  Like too many gay people he sadly ended his own life.

In some states in the USA, laws against homosexual sex remain on the statute books, although in practice they are not enforced. It is hard for modern Western people to imagine a world where someone could be arrested and sent to prison for practicing gay sex. Harder still to appreciated that it was only in 1861 (154 years ago as I write) that in the UK the law was changed so that the penalty for what was then commonly called buggery or sodomy was no longer death by hanging.

And yet, globally there are many nations where homosexual activity remains illegal, some where gay people may still be executed by the state as a penalty for their ‘crime.’

I know of no Christian in the West who would advocate homosexual sex becoming illegal once more in our countries, still less that the punishment should be death. But we do not often hear Christians advocating for a change in the law in other countries so that homosexual behaviors should be legalized. Christians would do well to add their voices to campaigns for the repeal of such anti-homosexual legislation. We must speak out for true tolerance everywhere.

God loves everybody and teaches us to do the same. Even till today in more liberal and theoretically accepting societies like America and the UK, gay people are stigmatised, verbally abused, and even sometimes physically attacked because of their sexual orientation. Christians should stand up for them, and argue strongly for fair treatment for all. We must speak out for the persecuted, the oppressed, and for the minority. Imagine a day when the Church is known for its love for gay people.

Christian, when you think of gay people what is your immediate thought? Is it revulsion? Do you avoid them? Do you angrily denounce them? Then you are contributing to the notion our society now has that Christians hate gay people. It is no longer considered to be acceptable to be feel such animosity towards people who are of a different race, so why should it be acceptable to react in such a way towards those of a different orientation?

The way the Church has treated gay people historically has not been her finest hour. There is no doubt in my mind that Christians will one day look back on this previous approach with the same degree of shame and embarrassment currently felt over the Church’s history with slavery, racism, and apartheid.

In particular there is no question that the ‘pray the gay away’ movement, offered a misguided and dangerous view that a homosexual orientation was always a choice, and could be easily changed by counseling. The simple fact is that many gay Christians were driven to despair by thinking they were the only ones who were unable to confirm to the heterosexual expectations being placed on them. Meanwhile even the leaders of the so-called Ex-gay organizations hid the uncomfortable secret that change from an exclusively homosexual orientation to an exclusively heterosexual orientation almost never occurs. It is a good thing that such an approach has now virtually disappeared. But it leaves in its wake thousands of damaged, hurting people, many of whom never want to go near a church again. The church owes an apology to people like Vicky Beeching and Matthew Vines for the overly harsh way they describe having been treated.

Of course, many Christians who love the Bible dearly, and who have chosen to follow its moral principles, will find it difficult to personally affirm sex outside of marriage. Yet nobody thinks Christians hate those who cohabit, those who divorce, and those who remarry. This is because to the shame of every Christian, the Church has treated gay people differently to straight people.

We cannot simply say that gay people are being hypersensitive. The Church has a long history of rejecting and denouncing them in ways that Christians simply don’t do to other people who also do not follow a conservative understanding of the Bible’s teaching.

Religious people have always liked to identify a group of outsiders and stigmatize them as ‘sinners’ and dehumanize them, angrily denouncing them. Jesus spoke out against such behaviors when he saw them in the Pharisees. Today many churchgoers have much in common with the pharisees. In fact Jesus was known as a friend of sinners, but a strong critic of Pharisees.  I explore his approach further in the first chapter of my book Hope Reborn – How to Become a Christian and Live for Jesus,

In my view there is no question that Jesus today would be known as a friend of gay people. I am sure that he is pleased with the fact that the church is indeed changing. Many churches today are a welcoming environment where anyone is welcome to visit and hear about the good news of the love of God. Even in many conservative churches, increasingly more prominence is given to moderate, compassionate voices such as those from the Living Out organization rather than to religious zealots and bigots. And ever since the advent of HIV/AIDS there have been many Christian organizations that have been at the forefront of the fight. The recent scene where Rick Warren sat alongside Elton John at a senate hearing arguing for more funding for the fight against this disease was a welcome example of the loving response of many Christians to gay people.

The Plausibility Problem: The Church and Same-Sex Attraction 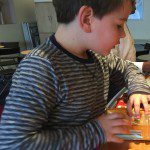 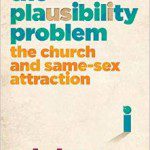 May 19, 2015 REVIEW: The Plausibility Problem: The Church and Same-Sex Attraction
Recent Comments
195 Comments | Leave a Comment
Browse Our Archives
get the latest from
Adrian Warnock
Sign up for our newsletter
POPULAR AT PATHEOS Evangelical
1