We never know when tragedy will strike unexpectedly. We like to believe that if we did, if we had some warning, we could prevent it. As witches, we invoke favor or craft spells to put protections on our loved ones and when there’s a close call, a near loss, we take it as evidence that our witchcraft is working, that our deity or deities are well pleased with us.

And then without warning, all our crafting, all our honoring of spirits or deities, suddenly fails us, and we wonder why we have been forsaken.

On a recent Saturday in mid-October, one of the beautiful autumn days I know is a bonus before chill winds usher in the season of death and decay, when the sun sets fire to the deep scarlet and bright orange leaves of the hardwood forest that surrounds my little acre of land—a day so alive with the brilliance of life, that the specter of death afoot seems impossible, my beloved cat was struck and killed on the road in front of our house.

I would think by now, I wouldn’t be so easily blinded to the Reaper walking among us.  On just such an autumn day one year ago, my son-in-law lost control of his car on another country road, leaving this world in an instant. Not so many years before that, a would-be son-in-law suffered the same fate on another remote road, swerving to avoid a deer. Six months before that, my husband’s only son lost control of his car on an urban street, careening into the side of brick building, gone in the night.

I’d give ten cherished pets, or 100, or 1,000 in a bargain that would have spared those boys—even now, to ensure we don’t lose any more of our family too soon. But it doesn’t work that way, so I’m not ashamed to say that I’m grieving the loss of this animal companion as deeply as my previous losses. Sorrow is not comparative, it’s just sorrow.

This time, there are no bereft daughters—widowed too young, no grandchildren without a father, no siblings or family left behind. It’s just me, and the grief feels so much worse when I’m not tasked with comforting others, when I don’t have to stay strong.

I’ve heard the loss of pet compared to an amputation. That’s accurate. This cat companion and I were bonded in a way I have never been with another pet. She was quite small when I got her and she imprinted on me, displaying kitten to mama-cat behaviors until her last day.

She curled on my lap every afternoon, unceremoniously pushing my laptop out of her way when I was working. She pressed up against me while I slept at night. That’s more hours of physical contact than I’ve had with any living being since my children were babies, and why it feels like there is a physical part of me missing.

She loved to hunt around our little acre, preying on chipmunks and field mice. When I let her out in the morning, I’d tell her what time to come back. She was always at the door within 15 minutes either way. I couldn’t believe it myself, I had to have my husband verify the phenomena.

When we traveled, she had to be on leash, which she adapted to incredibly well, taking my verbal commands to “go around” an obstacle that would tangle up most recalcitrant felines.

She still wanted to hunt, and though I’d never thought it possible (nor imagined myself ever hunting in tandem with a cat), we worked as a team, she on a retractable lead, me following behind as silently as I could. Our first capture of a barred tiger salamander in the Arizona desert was, I think, more thrilling for me than for her.

I do know from experience that I will recover from the loss of this pet much sooner, and more wholly, than from the loss of sons by marriage, my parents, my brother, and so many others I have loved. And so it should be.

But in the dark cave of my grief, I still wanted to know why me, why am I shadowed by so much death when others go unscathed, when they can confidently declare Spirit or their deity or a supreme Spirit saved their loved one? I had done all the same things, I placed all the protections on her, invoked the watchful eye of my goddess, hung an associated charm on her collar, and the matching one on my bracelet to keep us connected, to keep her safe.

Below my sorrow anger brewed—why am I forsaken? What have I done to deserve this? Who is punishing me? For punishment it must be; this tragedy had so little chance of happening. We are the last house on a dead-end road, nobody should be traveling so fast that they can’t stop for an animal, wild or domestic.

After the accident, I washed her still warm but limp body, said my goodbyes, wrapped her in one of her favorite soft blankets and laid her to rest. That night, I stood in the open doorway calling her spirit home, to come inside with me, where she belonged.

The next day I stood at the door again, watching the rain driven sideways by gale-force winds, my heart unable to bear the thought of leaving her out there. Through my grieved crying, I heard a voice. “Bring her back in with you.”  It was an undeniable knowing. I had to do it, so together my husband and I retrieved her.

Wrapped in the blanket, the weight of her body was instantly familiar, like a limb reattached. I had curled her lifeless body into her sleeping position and when I uncovered her, she looked just that, as though she were snoozing comfortably—a good image to hold.

We drove 35 miles into the nearest town, where we made arrangements for her cremation. In a few weeks, what remains of her physical form will finally make it home, inside with me, forever.

Many friends and coven members have told me they sense her spirit is here with me. I cannot say I feel that as yet, but I’m choosing to believe it until I do.

In the ensuing days after her death (they run together), I heard a song on the radio, and though I’ve heard the lyrics hundreds of times, these words had a message, “We belong to you and me.”

That little cat and I, we belonged to each other in a way I’ve never experienced with any other pet. It was comforting to believe that she found a way to let me know the bond would not be severed, even in her death. But there was more to be revealed in that message.

We give many forms, names, and supernatural abilities to what we perceive as Spirit. When tragedy strikes, knocking us down past our knees, leaving us prone or in a fetal ball crying out for answers, we imagine a deity, or deities, in terms of our mortal constructs, with unlimited power in our physical realm.

We desperately look for the reason that makes sense of the loss. As time passes, we might rationalize that we had to lose something, that there has to be a death of the old to open way for the new. This is how we cope. I don’t believe it’s the healthiest way.

There is no divine picking and choosing of who lives and who dies. That’s not how this works. What we perceive as Deity (by any name), Spirit, or even simply as universal energy, does not have the power over life and death in our mortal plane any more than we do—because we are one and the same.

We come from Universal Source, or US as I like to call it. US is we, and we are US. We are part of the collective conscious, the knowledge of the ages, a mere nanobyte of the Akashic record. Temporarily separated from the whole during our mortal incarnation, we remain tethered. The more we awaken spiritually, the greater access we have to the whole of US.

Suffering is not sent from some source on high. The anthropomorphized beings of higher power, as we each understand it, neither favors nor forsakes us because to believe the former, we have to believe the latter is equally true.

Life itself, from beginning to end, is a process of dying—the time in between is ruled by the laws of nature and chaos. We have to be able to accept that fact, not question why—and certainly not blame ourselves for imagined failures.

Tragedies are not lessons meted out, we are not tested for the sole purpose of making us stronger or speeding our spiritual growth. Yet we do learn, and we do grow when we persevere.

Perhaps that is the lesson—to let go of the false sense of control, ours or that of any perceived higher power, and surrender to the inevitable vagaries of chaos. 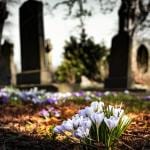 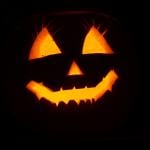