5 Things I Wish My Pastors Told Me

5 Things I Wish My Pastors Told Me January 9, 2018 Matthew Distefano

I spent roughly 25 years in the Evangelical church; 12 of them in some form of leadership. Needless to say, because of this upbringing, I knew my doctrines. And I knew them well. I knew what the correct worldview was supposed to be and always had an answer for why I believed what I believed (or, at least I pretended to). And I knew how to back it up with the Bible (again, or I pretended to).

As these things are wont to do, the beliefs that were handed to me when I was young couldn’t stand the test of time. They couldn’t hold up to severe scrutiny. And when they fell by the wayside, I was left with nothing.

But, it didn’t need to be this way. I could have been given a much broader snapshot of Christianity, a much deeper and wider picture of church history, of doctrine, of philosophy, etc. I could have been told that there were other valid ways to interpret the faith, rather than basically being told “it’s our way or the highway (to hell!).” And perhaps that would have kept me in the fold.

Such is life, I guess.

To that end, in this piece, I would like to mention 5 things I wish my pastors told me in hopes that others don’t have to feel—like I did—as if walking away is the only option:

This was the biggest one for me. Indeed, the doctrine of hell was the thing most responsible for driving me from the faith. I just couldn’t fathom burning in either literal or figurative flames for even a moment, let alone for all eternity. And I certainly couldn’t fathom spending an eternity in heaven while those I loved roasted down below.

The kicker, though, is that a ton of Christian thinkers in the early church couldn’t fathom such things either. That’s right, there were a whole host of theologians who thought that hell wasn’t everlasting, and that those who found themselves consigned there are there for their own good. In other words, hell has a purpose, which is not for the sake of burning folks forever, but to burn away all the wood, hay, and stubble that prevents them from “going to heaven” (to put it in Evangelical terms).

I wish I had known this.

If hell was what drove me from the faith the most, the Rapture was a close second. I can recall being so terrified that all throughout my childhood, any time I couldn’t locate my parents, I thought they may have been caught up in the clouds to be with Jesus. Which means that I was left behind to square off against the antichrist.

What I wish I had known is that Christians didn’t start believing this sort of hogwash until 1830 (around the same time Mormonism arose). Not that that makes it wrong per se, but it certainly raises the question: if it is such an important tenet of the faith (as I was often told), then shouldn’t Christians have been privy to it much earlier on? And maybe, just maybe, they could have mentioned it in the Nicene Creed? Or the Apostles’ Creed? Or maybe just one person could have mentioned such a thing in their writings? But no. Nothing. Zilch. Nada. Not until nearly 2 millennia after the death of Christ.

Pardon the sarcasm. I just wish I had known this earlier.

In short, penal substitution is a grotesque atonement theory that posits Christ’s death saves us, first and foremost, from the wrath of the Father. It’s a theory that has its roots in Anselm, but doesn’t really take its modern form until Calvin. Here in the States, it’s the preferred atonement theory. In fact, it is often conflated with the Gospel itself, and is, all-too-often, argued as the only viable way to approach what took place on the cross.

However, this was not always so.

Initially, Christians primarily talked about the cross as Christ’s victory over sin, satan, and death. For the early church (and for the Eastern Orthodox Church), rather than being an act that spares us from divine vengeance, the death of Christ is an act that saves us from ourselves, from evil, and from our dying and decaying bodies. It’s an act that shows us how we don’t need victims to appease the gods—instead, God becomes our victim and offers forgiveness—that we don’t need to be under the power of the accuser—instead, God becomes our accused and offers mercy—and that we need not fear death for death is not the end.

This, I can get on board with. I just wish I had known about it earlier.

Not everything in the Bible needs to be taken literally. For example, just because the Bible says that God created the cosmos in 6 days doesn’t mean 1 day = 1, 24-hour period (remember, as the Bible also says, for God, one day is like a thousand years).

What we need to understand, though, is that just because we affirm science, doesn’t mean we are abandoning the Bible. The context of Scripture isn’t modern science so we need no (false) dichotomy. For many, this is simple, but for others, not so much.

Either way, I wish I had known it earlier.

While I was indeed told by my pastors to question things, I don’t think they actually meant it. Because when I did push against everything I believed, I was immediately denounced as a false teacher, as one who needs to be dismissed, lest I devour one of the flock (yes, that was the analogy used).

I wish this weren’t so. But I get it. I get why we act in this manner. If we end up being wrong, we could be screwed in the worst of ways. We could end up burning in hell forever because we’re told the ticket to heaven is having the correct beliefs about who Jesus is, what he accomplished, how he accomplished it, and so on. So, why would we ever really question things? Why would we take the chance that we may be wrong? Most wouldn’t.

But for those who do want to take the chance, I’ll tell you right now that there is freedom in doing so. There is freedom in being allowed to be wrong. There is grace, too. And, guess what, you can still even be a Christian because, as I understand things, Christianity isn’t supposed to so much be about having the correct beliefs, but about having the correct heart . . . a heart oriented toward love.

Again, I just wish I had known this earlier. 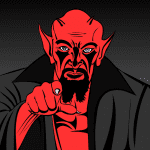 January 4, 2018
A Brief Introduction to the Satan
Next Post 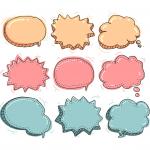 How a Plague Exposed the "Christian...
Honest to God
Books by This Author Books by All Set Free