Why is Polygamy Allowed in Islam? How is it Best Practiced?

Why is Polygamy Allowed in Islam? How is it Best Practiced? September 5, 2012 Guest Contributor 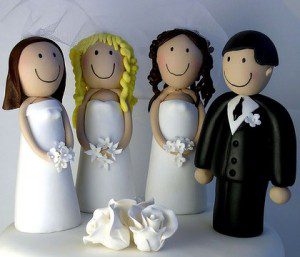 “And among His signs is that He created mates for you from yourselves that you may find comfort and repose in them, and He put between you love and compassion; most surely there are signs in this for a people who reflect.” (Quran 30:21)

After reading Mehrunisa Qayyum’s article, “Polygamy: A Practical Option,” on Altmuslimah, I found myself ruminating on the value of this discussion as it relates to women and their right to autonomy and self-determination.

Polygamy is a loaded, often polarizing topic and the overwhelming response (73 comments to date) to Qayyum’s article testifies to just how strong an emotional trigger this subject is.  While I commend Qayyum for challenging herself and her readers by going beyond the knee-jerk Orientalist reaction to polygamy, the piece fails to discuss the practice of polygamy within an Islamic framework.

As a Muslim woman, I have personally observed many polygamous unions in the community in which I was raised, but my aim here is not to deny any shortcomings or promote any benefits of this marital arrangement. What I would like to do is to address the historical context of the permissibility of polygamy in Islam and take a look at how it is practiced in modern day Muslim societies.

First, let us understand why Islam mandated the permissibility of up to four wives. The Qur’an permitted polygamy as a solution to the pressing social welfare problems during the time of revelation, roughly 1,400 years ago. The reasons behind polygamy had nothing to do with satiating men’s sexual appetites or, as Qayyum suggests, curbing their wandering eyes.   We first read about polygamy in the Qur’an’s fourth chapter:

Give orphans their property, do not replace their good things with the bad, and do not consume their property with your own. That is a serious crime. If you fear you will not deal justly by the orphans, marry of the women, who seem good to you, two or three or four; and if you fear that you cannot do justice (to so many) then one (only) or the captives that your right hands possess. Thus it is more likely that you will not do injustice (4:2-3).

Note that polygamy and orphans — which in Arabic refers to fatherless children — are mentioned in the same sentence. We see this unusual pairing because polygamy is allowed in the specific context of caring for orphans. In the early 7th century because Muslims and non-Muslims routinely faced one another on the battlefield, men had high mortality rates and lower life expectancies, leaving many women widows with fatherless children.  The time at which these verses were revealed is a clear indication of one of the reasons why polygamy is permissible in Islam.

These “polygamy verses” were revealed shortly after the battle of Uhud, which was a devastating loss to the early Muslim community with many men dying on the battlefield.  The gender imbalance, and the fact that in that time and place women largely depended on men for their economic survival, made polygamy a pragmatic solution for a woman seeking protection for herself and protection for her children who no longer had a father but often had valuable property to their name that could be stolen or mismanaged by male guardians. So it is clear that the Quran permits polygamy for the purpose of caring for orphaned children and defending their assets.

Pinning down a reason for why some Muslims practice polygamy today is more difficult. Let’s be frank, it is highly doubtful that the majority of men engaging in polygamous marriages in the 21st century married widows and decided to do so in order to protect these women’s children from injustice and exploitation.  And while the numbers vary from region to region, we see women throughout the world being educated and employed at much higher rates than in the distant past; they are increasingly becoming self-reliant and less dependent on a husband for financial security or for the welfare of their children.

These changing social conditions  make it difficult to identify and explain why polygamy is justified in modern Muslim society. While my personal understanding of how and when polygamy should be practiced leads me to conclude that the conditions of modern Muslim societies do not meet Quranic standards, the Quran reminds us that “there is no compulsion in religion.”  If Muslim laypeople and scholars agree that polygamy remains permissible, although certainly not the ideal setup, today as it was centuries ago, they are free to pursue it.

Having established the original reason behind the permissibility of polygamy, we turn to how Muslims practice this unusual marital arrangement in modern day society, as opposed to the why. In order for a polygamous marriage to be successful, I firmly believe that each party must enter into the union knowing precisely what is expected of him or her and what he or she will give in return.

Whether a woman becomes one of multiple wives because, as Qayyum points out, her biological clock is ticking, her career consumes her time or because she believes the arrangement will eliminate a man’s likelihood to cheat, she must play a role in the decision-making process through which this marriage comes about. Technically a Muslim husband may take on a second wife without the consent of the first (although the ethics of this executive decision-making can be debated), but it is also perfectly within the rights of a Muslim wife to stipulate in her marriage contract that her husband must seek her counsel and consent before taking another wife and if he fails to, it constitutes valid and legal grounds for separation and/or divorce.

This is the sort of pro-active, pragmatic approach a woman must take if she plans to enter into a polygamous marriage, but most Muslim women do not insist on putting these sorts of key protective mechanisms in place before signing their name to the paper.

Muslim women tend to be unaware of their rights in a polygamous marriage, while men are usually ignorant of their responsibilities. According to verses two and three in the fourth chapter of the Qur’an, polygamy in Islam is permitted in the context of social welfare, so this arrangement is less about demanding rights from one’s wives and more about treating them with special care and consideration.

Yet, many Muslim men use this so-called “right” to multiple wives as a means to excuse themselves from the monogamy that Islam actually implores of them in favor of polygamy.  This sort of self-serving attitude leaves many women in these unconventional unions in a state of neglect, emotional distress, and without the comfort that Islamic marriage is supposed to provide.

My hope in contributing to this discussion is that more Muslim women, whether considering polygamous marriage or already in such a relationship, take a close, hard look at their God-given rights within these unions and assert these privileges to ensure that they are as happy and as gratified as possible in their marriages.

Zahra Grant is University of Toronto Graduate with a research interest in gender narratives in the context of religion. She is a proud Muslim woman, wife and mother who is dedicated to supporting women’s right to critically engage in their faith and determine the journey of their lives. This article originally appeared in altmuslimah. 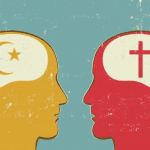 August 28, 2012
Real Dialogue that Breaks Down Hate, One Person at a Time
Next Post 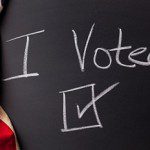 September 7, 2012 Muslim Voters - Your Vote Matters
Recent Comments
0 | Leave a Comment
"FsyYOU are hate. Period."
Soren A Ramadan Testimonial of Repentance and ..."
"Thank you for sharing this article along with detail information, and you have mention the ..."
wazeer shaik The Path Through Hajj – One ..."
"Tamerlane is considered an oppressor amongst Islamic scholars and an anti-hero in Islamic culture. It's ..."
Ali Inspiration: Star Wars: An Islamic perspective
"did you head to syria? did you take ilisha?"
mike malzahn Quran, Hadiths or Both? Where Quranists ..."
Browse Our Archives
get the latest from
Muslim
Sign up for our newsletter
POPULAR AT PATHEOS Muslim
1