Of Platforms and Publishing

In my recent post on publishing, I noted that “To publish a book with an established press, you ordinarily need a “platform” from which to write a book – in the world of religious history, the most common such platforms are an academic position or a pastorate,” and that “Platform is a much bigger issue, increasingly connected to social media reach. Michael Hyatt does a great job explaining why a platform is essential, but Scot McKnight recently registered some important doubts about platform-based publishing.”

McKnight’s sobering post got me thinking about the problems with “platform-based” publishing, or publishers’ calculations about the size of one’s probable audience prior to offering contracts. We can all agree that there are serious downsides to platform-based publishing. In case you had not realized it yet, the bestseller lists and front tables at Barnes and Noble do not necessarily display the highest quality books! Similarly, in the Christian publishing world, well-known figures with huge churches or big lists of Twitter followers do not necessarily produce the most profound texts. And yes, little-known authors with no obvious platform (an academic position, a pastorate, a well-followed blog, etc.) struggle terribly to get book contracts with major publishers, no matter how worthy their project. 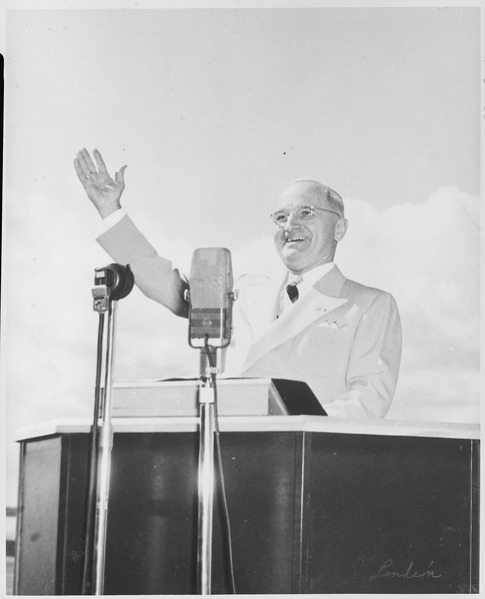 Michael Hyatt and similar writers who focus on developing a platform are, in a sense, just acknowledging the reality of the way that publishing works. They give aspiring authors tips on how to negotiate the system. For prospective authors, it is largely fruitless to bemoan the publishing world’s deficiencies, because all publishers – even academic presses – have to worry about selling books and breaking even. Because of that, they have to pay attention not only to the quality of prospective titles, but the author’s profile.

Yes, in an ideal world, sales would mostly correlate with quality, but book consumers (including yours truly) simply cannot buy according to a book’s sophistication alone. After all, you can’t personally assess a book’s quality until after you purchase and read it. The best you can do is to consult book reviews from trusted authors, but even the media’s choice of books to review is not inspired by merit alone. And if you are not an expert in a book’s field (like if I buy a book on the tech industry), you will depend even more on marketing and platform in your purchases.

There’s another publishing reality associated with platform: the vast majority of published authors have to do a great deal of the legwork of promoting their books. Your press is only going to do so much to promote your book, so authors who are able to get book contracts had better get used to the idea that part of their job as an author is publicity. There’s different ways to go about doing this: writing op-eds, doing public talks, and building social media networks. From a press’s perspective, the more hard-earned audience cultivation (intentional or not) that has happened before the contract is issued, the better. If you believe that what you’re communicating will help people, then there should be no problem with seeking to reach out to your intended audience, many of whom you presumably don’t yet know, and don’t know you!

Some authors may find the whole notion of platform distasteful, I know. Some may say “let my work stand on its own merit!” But remember, just about anyone who is a pastor or professor has already spent years developing a ministerial or academic platform. Why did you do an M.Div. or Ph.D., if not to help establish a credible platform from which you speak to congregations, students, or other audiences?

Yet it is true, there are dubious authors out there who do little more than build audience, using sensationalism, politics, and publicity to establish themselves as “experts” in this or that field. Their platforms become the real point for such writers, and their books can, in the worst cases, become tools used mostly to monetize the audience. Evangelical Christians seem especially vulnerable to those kinds of authors, I’m afraid.

But charlatanism by some does not change the fact that the “platform” issue is here to stay, and is one of the realities of the business of publishing. Although authors are occasionally “discovered” purely on the merit of their work, aspiring authors normally need some kind of obvious audience on which to draw. Those authors will do well to embrace the fact that they have to not only produce a quality book, but construct a platform so that (hopefully) their book’s message will be heard.

January 8, 2014 An Appalachian Revivalist in Queen Victoria’s South Africa
Recent Comments
1 Comment | Leave a Comment
"Similarly, the Old Ritualists/Old Believers in Russia, (Russian: старове́ры or старообря́дцы, starovéry or staroobryádtsy) are ..."
Chris The Christians Who Didn’t Take Communion… ..."
"I very much enjoyed this overview of Caspar Schwenckfeld and the Schwenkfelders; a subject near ..."
nomadicad The Christians Who Didn’t Take Communion… ..."
"The lesson of this story, and the current pandemic, appears to be that faith is ..."
rationalobservations? The Plague Village
"I think one of the reasons Margaret Thatcher gets very little play in feminist writing ..."
SKJAM! Why We Can’t Have Nice Feminists
Browse Our Archives
Follow Us!