Polk County Sheriff’s Office, in Florida — where Hurricane Irma is about to strike — just sent out the following tweet yesterday:

If you go to a shelter for #Irma and you have a warrant, we'll gladly escort you to the safe and secure shelter called the Polk County Jail https://t.co/Qj5GX9XQBi

As if to underline this, it also sent this as a follow-up:

If you have a warrant, turn yourself in to the jail – it's a secure shelter https://t.co/UFNGNafJh8

So, here’s the deal.  Warrants aren’t just given for rapists and murderers. In Florida, the vast majority seem to be given for “unresolved traffic tickets, failure to appear in court, and unpaid court fees.”

And they can be common. We don’t know how many are in Polk County, last I checked, but Ferguson, for example, infamously had 21,000 people, and 16,000 outstanding warrants. Now, warrants aren’t necessarily issued to people in the city; they’re issued to anyone committing a violation while in Ferguson. But it’s probably safe to assume that the majority of those outstanding warrants are from Ferguson residents. And that’s just one location.

So let me get this straight: Polk County residents devastated by the hurricane will be afraid of going to a shelter because they’ll be taken to jail? For outstanding warrants on traffic tickets?  I can think of few things worse than to be locked up in jail for a traffic ticket while you’re wondering who is alive, what you’ve lost, how bad the floodwaters are, and trying to tell your family you’re OK.

Plus, jails have a terrible track record on this. One of the worst examples is in Hurricane Katrina, where prisoners were not evacuated until being in chest-deep water for four entire days. Also, many prisoners and guards who experienced Hurricane Harvey claim that the conditions were horrific (although the claims are disputed by higher officials). So not only do you not have access to what’s going on outside in the most stressful time in your life, and not only can your family not contact you, but you may also be trapped in horrific conditions.

This is not right. Although I can understand people being apprehensive about those with violent crimes under their belt being in a shelter with children, this action will also jail people guilty of misdemeanors, deterring them from seeking shelter and possibly causing their deaths.

The Daily Beast actually tracked down the spokesperson for this policy, and got the following information:

“While we are checking, if we see someone with an active warrant we have to place them under arrest,” she added. She didn’t seem persuaded by the criticism that this would discourage people from showing up in the first place. “That is a risk a person would run,” Horstman said. “I think it is much safer to be in our jail than to expose yourself to a Category 5 storm. You are using the phrase, ‘people who are scared to go to jail.’ If you have a warrant, legally you should be in jail. You should turn yourself in and be safe in our jail rather than risk your life waiting out a storm.”

Sheriff Grady Judd himself weighed in, in the video below:

If you have an outstanding warrant, we’re going to shelter you safely…in the county jail because we have a legal obligation to execute the warrant. We gave you four or five days’ warning. If you have one of those minor outstanding warrants, you got choices. The choices are: Go to booking, take care of it, get out, and then you can come to the shelter. The number two thing is, your sign is “We warned you we were looking for people with warrants at the shelter. So we gave you a warning. You can make other arrangements if you don’t want to turn in, and still stay safe. Never before did I think that I’d be beat up for giving people a warning and keeping people safe, but hey — that’s OK. We want the people of this county, this community, and the state of Florida to know: You’re going to be safe in our shelters.

By the way, when it comes to indicating that those with warrants are obligated to go to jail, Grady either does not know the truth, or is lying. The Atlantic took the question to an outraged University of South Carolina law professor named Seth Stoughton, who said that “no such legal obligation exists—officers can use their own discretion.”

Furthermore, checking for warrants may not even be legal:

And apparently the sheriff has gotten in trouble with this kind of cruelty before, leading me to suspect that people may not be safe in his jails. As Newsweek Reports:

The Southern Poverty Law Center sued Judd’s office in federal court in 2012 for “regularly subjecting children held at the county’s adult jail to abuse, neglect and violence—including the placement of children in a cage for punishment,” according to the nonprofit. While one federal judge overseeing the case criticized Judd in 2013 for using pepper spray against juveniles, another federal judge ruled in favor of Judd in 2015 and threw out the suit, the Orlando Sentinel reported.

Nor is this policy standard in these circumstances. As The Atlantic reports:

Some counties in Irma’s danger zone ruled out stringent measures regarding which residents are allowed into shelters. A Palm Beach County representative said that evacuees only need to show proof of residency to enter the county’s shelters when they open on Friday. Martha Ann Kneiss, a spokeswoman for the Martin County Board of Supervisors, told me that residents on sex-offender registries will be allowed in emergency shelters there, but that they would be kept separated from others. Officials in Broward and Miami-Dade counties, two of Florida’s largest jurisdictions, did not respond to requests for comment.

So, lemme get this straight. You’re going to take people at the most vulnerable times in their lives and put them in jail for traffic tickets based on warrants that, in many cases, they may not even know they have until they are arrested.

And the sheriff’s office does not have to do this. Other counties are not doing it. It might even be illegal. Yet he’s looking the country in the face with a smirk and saying, “That’s just the way it is.”

So, I did some research on what we can do about it, and after calling around, this is what I found:

You can call the office at: 863-298-6200, and request to be transferred to someone who responds to media inquiries. Urge them to stop this. I did it — and they may give you the run-around and say it’s what they have to do. It’s not. They’re lying.

Their office hours are on Friday,  from 8-5 EDT.

Now pick up the phone.

PS: I want to thank all 34 of the patrons who support blog posts like these — it’s a pleasure to work with you. 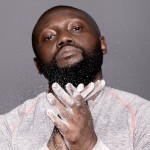 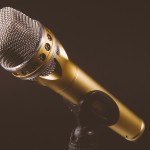 September 14, 2017 Conference to Give Anti-SJWs Strategic Platform in Atheist Community
Recent Comments
0 | Leave a Comment
"The essence of the story is that before the eating of the apple, Adam and ..."
Rich Faussette Eve Is My Hero: An Atheist’s ..."
"God's Holy Spirit helps us understand His Word. His written word is the story of ..."
m cormier Four Things CS Lewis Said About ..."
"Once you read the Bible multiple times, you can see it inerrant. Who cares what ..."
Dr. Jerry Fowler Four Things CS Lewis Said About ..."
"Those are the same God, different names, convoluted with Legend at myth and philosophies. Even ..."
Matthew Jenkins Four Things CS Lewis Said About ..."
Browse Our Archives
get the latest from
Nonreligious
Sign up for our newsletter
POPULAR AT PATHEOS Nonreligious
1