A Survey Of First Timothy

Here is a look at the Apostle Paul’s Book of 1st Timothy and why he wrote it and to whom.

The Apostle Paul’s argument or explanation to Timothy in 1st Timothy and the church at Ephesus is a clear explanation of showing the difference between the gospel of God being solely of grace and which false ideas or teachings are opposed to this. Paul tells how a person is justified by faith (1:15-16). This is opposed to the false teachings that the Law can redeem a person and put them into a right relationship with God (1:4-9, 4:1-5). The false teachers and their teachings are not in agreement with the true doctrine from God which is by grace alone in faith alone in Christ alone (4:7, 10), so Paul tells Timothy that it’s urgent to immediately refute these falsehoods (1:3, 4) and explains that they are based upon human reasoning and not based upon the objective truth that is from God (1:6, 7, 10). Paul gives further explanations as to how the church membership should behave (3:14, 15) in the event that he is delayed in coming (3:15). Paul argues from the standpoint that false teachers are bringing in human arguments and reasoning’s and that these false teachings are leading some astray (1:6, 4:1-3), which is the very thing that is happening today.

Paul’s letter to Timothy and the church at Ephesus is organized in five different ways.

The false doctrines at Ephesus are first introduced at the beginning which sends the message that it is of great importance or urgency (1:3-11), then Paul’s doctrine of justification is juxtaposed with the false teachings to show how a person is truly justified (1:12-17).

Instructions for the Church

Paul gives Timothy direct instructions for how the church membership should act (2:1-3:16). Paul gives the proper format and reasons for prayer, both corporately and privately (2:1-8). The proper role of women in the church, and by extension, in the home, is also covered by Paul in his instructions to Timothy and the church at Ephesus (2:9-15). He also lays out the qualifications for church leadership probably due to the false teachers who are not qualified according to God (3:1-13). The proper conduct of widows and the elders both at home and in the household of God are given to Timothy by Paul (5:1-21), and so he states his specific purpose for writing his letter to Timothy, telling him that this is “how one ought to behave in the household of God” (3:14, 15). Paul next addresses Timothy in how to deal with false teachers and how to identify them by what they teach (4:1-3), and by what they forbid (4:3), in contrast to what God has blessed (4:4-16).

A final admonition near the end of the letter is given to Timothy in how to deal with false teachings (6:3-5), the kinds of evil that the love of money brings (6:6-10), the character of a godly man of faith (6:11-16), how to guard the objective truth of God given to Timothy’s charge (6:20, 21). Why does Paul often repeat warnings about false teachers? It’s because of the damage that false teachers have already done in the church at Ephesus (3:14-16, 4:1, 2), so he begins the letter with warnings about false teacher’s teachings (1:3-11), covers the false teachers again in the middle of the letter (4:1-5), and ends the letter with yet another warning that concludes the letter (6:3-5). This is indicative of the reason that he wrote this letter. Paul is addressing the seriousness of the false teachings that have infiltrated the church, so the organization of the letter speaks well to this fact and tells Timothy in no uncertain terms that he is to take care of himself because it must have been stressful on the young pastor (5:22).

By the sheer volume and repeated uses of warnings about false teachers and their false teachings, which dominate the entire letter, Paul stresses two terms alone are frequently emphasized: to watch for false teachers and to watch for their false teachings. These warnings are repeated more often than anything else, but as we know, it was not only in Ephesus that false teachers were creating problems, but in nearly every church that Paul had established or wrote to. The Jews were following Paul around and bringing in elements of the Law which are not related to the gospel that Paul had taught Timothy and in the New Testament churches (1:4, 9, 4:1-5). In fact chapter one, four, and six are primarily dedicated to the issue of false teachers who have brought in false teachings. Even the church leadership qualifications in chapter three were likely intended to ensure godly leaders would be installed in the church that were actually qualified and to oppose those false teachers that may have already been in positions of leadership (3:1-13). This makes sense because Paul follows the church leadership qualifications (3:1-13) with the reasons that he wrote the letter to Timothy and the church at Ephesus saying that he hopes to “come to [Timothy] soon…so that if I delay, you may know how one ought to behave in the household of God (the church)…” (3:14-15). 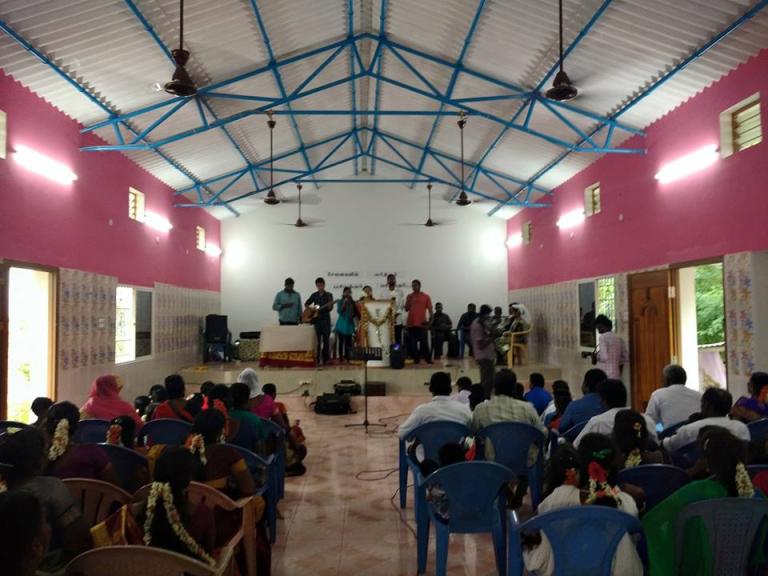 I believe that Paul does move to a climax about the primary focus of this letter to Timothy. After two previous warnings about false teachers and their false teachings, and the result of these ungodly teachings (1:3-11, 4:1-16), he moves on to the peril of the results of those who have been affected (6:4, 5, 9). This is particularly noted where Paul says that they “plunge people into ruin and destruction” and that the love of power and money is at the “root” of the problem (6:9, 10). Paul concludes the letter by warning Timothy that their teachings are both godless and “swerve from the faith” which is a dangerous position to be in if you are a teacher (6:20). Paul tells Timothy with urgency to keep false teachers from teaching their false teachings which are not what Paul personally taught him and to not deviate from these teachings (1:3). Paul also tells Timothy to restrain these false ministers from teaching their mythological, empty teachings (1:4). Paul insists that what they teach they don’t even understand, even though they are sure of themselves and their teachings (1:5), and that they ought to be only teaching those things that are in “accordance with the gospel” (1:11).

Paul commands Timothy like a general would a commanding officer that he’s got a fight on his hands and to gird his loins with the truth (1:18-19). This type of warfare necessitates the dire need for prayer (2:1). To ensure that godly teachers are ordained in the church, Paul lists qualifications that cannot be compromised (3:1-13), but Paul already knows that some will depart form the gospel of God (4:1). They will use doctrines that are straight out of hell and not from God and teach things not ordained by God (4:2-5), so Paul gives this imperative command to Timothy to teach the church that our only hope is found in the Savior (4:10, 11) and to teach the congregation this same truth (4:13). Timothy is also told to keep the church in line by making sure that those who are trying to take advantage of their position are not allowed to do so. For example the widows who are not truly widows and families who are able, are to take care of their own household (5:3, 4, 8). Paul gives final instructions for Timothy which is also the main theme of this letter; teach the truth from God (6:2) and stop any false teachings dead in their tracks (6:3). Paul admonishes Timothy to fight with all his might and to guard the truth with his life (6:2), just as you would a treasure, because these are the great and precious promises.

September 11, 2017
The Parable Of The Tenants: A Bible Commentary
Next Post