It’s that time of year again! Lent 2019 is just around the corner!

Because the times are changing rapidly, so are the things that affect our daily routines. Instead of coming up with the usual sacrifices for Lent like chocolate, sweets or alcohol, I figured I’d come up with a list that is somewhat less cliched and more up-to-date. Well, kind of.

One thing I should clarify is this is only a list of ideas. If anything, it’s easier to stick with one thing and be successful at it. One does not need to do them all at once.

But if you want to try and be a Lenten hero, nobody’s stopping you.

I’m sure some of you thought about saying, ‘I’m giving up Lent for Lent,’ before clicking on this article. Yep, I beat you to it.

Let’s face it — it’s not a sacrifice if it’s not a difficult habit to let go of. You might as well be saying, “Yeah, I’m into fitness…. I’ll fitness whole pizza in my mouth!”

It’s also worth mentioning you don’t even have to be Catholic to participate in Lent. Similar to working out at the gym, it can be a spiritually transformative experience within itself! Don’t knock it ‘till you try it!

Understandably, not everyone can give this one up easily. Some people who work in marketing, journalism or event coordinating have no choice but to remain on social media as part of their employment obligations. Many of us remember a time when we were content living life without internet access. But nowadays, most people can hardly imagine living without it.

It can be notoriously distracting to respond to notifications, especially when you’re arguing with strangers over the latest trending outrage. Plus, one can actually develop a phantom vibrating feeling in your pocket when your phone isn’t even there. Trust me, it’s a legit thing! Read about it here.

I know this is a hard one for many. Admittedly, I used to pride myself in not being a regular television watcher — that is until Stranger Things came out. All I can say is, thank God that Lent ends before season 3 comes out!

But then the first episode of the final Game of Thrones season comes out a week before Lent is over. Not to point out any loopholes, but GoT is actually on HBO instead of Netflix. Perhaps this will be the final test of loyalty and endurance?

If you’re into ‘Netflix and chill,’ this requires no explanation.

Don’t get me wrong, physical intimacy is a natural part of what humans are wired for in relationships. If you subscribe to the mere Christian worldview on sexuality, sometimes that gift can be abused and that appreciation for sexual intimacy with your significant other can whither away.

So for all you Christian dating couples, spending Lent reevaluating different ways to spend time together rather than making out to the background noise of whatever show you pretended to be interested in could possibly build up your relationship.

I would have listed shopping in general, but let’s face it – hardly anybody goes outside to go window-shopping anymore thanks to Amazon and eBay. Why go out to browse the malls when you can swipe, tap and voila! It’s there at your doorstep practically the next day.

But then comes the credit card bill. Ouch! But hey, at least it was free shipping, right?

I know you Lords of Skyrim will probably hate me for this one. But in all fairness, gaming can be just as addictive as Netflix, online shopping and social media.

I’m not much of a gamer myself, but one alternative can be getting together with friends and family for board games more regularly. In this way, screen time is replaced with more face-to-face human interaction.

For some people, especially single dudes, packing a lunch for work or school can interfere with your downtime. When you spend nearly $15 on a lunch everyday, by the time the end of the month comes you’ll probably have enough money to buy that new Playstation 4 if you haven’t already given up number 6.

I’ve done this one before and I tell you, I’m lucky to not be in jail. You can read about my experiences with refraining from coffee for Lent here. Safe to say, I won’t be doing that ever again.

If you’re a parent, chances are that dark, heavenly bean water is probably helping you keep the kids alive. If you decide to give up coffee, all I can do is advise everyone to tread carefully.

In Canada, marijuana is now legal nation-wide. For those who vape as a means of abstaining from the devil’s lettuce, I say power to you! But it’s also worth noting that vaping isn’t exactly much healthier either.

So if you smoke or vape regularly and are looking for a challenge, it might do you well. Although if you’re prescribed medical marijuana for a particular ailment, don’t go sacrificing your health for Lent in the process. The body is a temple, so take good care of it.

This one is probably the hardest one for me next to giving up coffee. If you’re a night owl and a caffeine fiend like me and plan on getting up early every morning for Lent, you should probably stay away from number 8.

So there you have it! What are you giving up for Lent this year? Feel free to share in the comments! 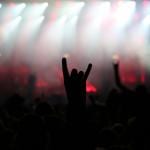 February 25, 2019
Should Christians Listen To Heavy Metal?
Next Post 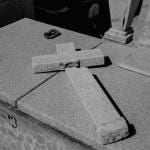 March 6, 2019 I Long For Catholic Unity
Browse Our Archives
Follow Us!

Simcha Fisher reports on a bizarre...
Catholic and Enjoying It!
Related posts from Coffee and Crucifix

What Does Jesus Mean By Telling Us To...
Jesus gives a very clear example of what it means to be...
view all Catholic blogs
Copyright 2008-2020, Patheos. All rights reserved.