An Open Letter to Church Militant

As a fairly new columnist on Patheos, it is an honour to be included in an amazing community of Catholic writers and bloggers. But for those familiar with the online Catholic community, Church Militant requires no introduction. Unlike my previous articles, I write this post as an open response to the latest jab against a couple of my fellow Patheos writers by this popular Catholic ‘news’ site.

Because of their latest stunt, I feel prompted to speak out in an open response as a member of the Patheos Catholic community.

To start, you’ve crossed the line. For the sake of protecting the authors you’ve publicly humiliated, I’m not going to link the article since it’s my understanding that shocking headlines make for more online click-profit. You have no right to publicly dissect and evaluate anyone’s private life, regardless of their circumstances. For a site that promotes defending Catholic orthodoxy, you’ve stooped to a level so low that even Dante himself has yet to explore.

I’ll admit I used to follow and read your articles. But it appears you’ve been so concerned with plucking the specks out of your fellow Catholic’s eyes that the plank stuck in your own eye is knocking people over. And this time, I happen to be among the writers within the Patheos Catholic channel you’ve unfairly lumped together.

Your folly stems from your misunderstanding of how Patheos really works. It is a platform for open religious discussion. The tagline of the site is, ‘Hosting the Conversation on Faith.’ When it comes to open discourse, especially with non-Catholics, there needs to be room for questioning, interpretive leeway and thoughtful dissent — provided the context of what the actual magisterial teachings is made very clear.

Before you dismiss me as a Francis-loving heretic, a liberal snowflake or a modernist apostate, I will say that I share in your discontent with our current Church climate. I wholeheartedly agree we should be more proactive as laypeople in keeping our members accountable. Although I cannot speak for the person(s) you’ve publicly lambasted, the approach you’ve taken was uncharitable, reprehensible and highly uncalled for. In the case of private life details that were made public online, you just couldn’t resist the opportunity to jump on a story at the expense of their career and well-being.

We at Patheos Catholic are a diverse group of thinkers, much like the many members that make up the Body of Christ. The eye cannot say to the hand, “I have no need of you,” nor again the head to the feet, “I have no need of you.” We all contribute to the evangelism of the Church through our writing in the best of our creative abilities, whether it’s apologetics, political commentary, prayerful reflection or theological musings. Many of them, like yourselves, are passionate defenders of orthodoxy – including myself. I highly recommend the works of Dave Armstrong, Joanna Wahlund, Fr. Matthew P. Schneider and Fr. Dwight Longenecker whose articles are available at your leisure.

I’m sure you’ve already formulated an evaluation of me as you read this, but I have news for you — you don’t know any of us. Whether you’ve met the authors a handful of times or have known them for years, it serves you no right to publicly evaluate their lives and make a sweeping generalization of the writers who work alongside them. You haven’t experienced their circumstances, nor do you carry their crosses. Perhaps messaging your concerns privately to them would have been a lot more tactful, but I guess that’s not nearly as exciting.

Because of your recklessly combative style of journalism, you’ve done a great disservice to the credibility of every traditional Catholic who subscribes to your media. You’ve severed every chance of me recommending your articles (let alone your so-called ministry) to anyone.  If you have any sense of remorse for the ramifications you’ve caused in the lives of both writers you’ve targeted, I would recommend retracting your article and publicly apologizing to them.

If how you treat people leads them to resent the Church, then the blood is on your hands. There is no room for unconstrained, divisive behavior in the Body of Christ — especially during a time of great partisanship that is only worsening. If anything, you can certainly benefit from Pope Francis’ recommendation to abstain from gossip for Lent, much to your dismay.

My hope and prayer is that you will consider this open letter as a plea for you to reevaluate your ‘militant’ tactics. 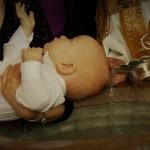 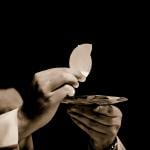 March 17, 2019 My Struggle With Communion
Browse Our Archives
Follow Us!

Catholics: They Are Not Coming Back...Unless...
Thin Places
Related posts from Coffee and Crucifix 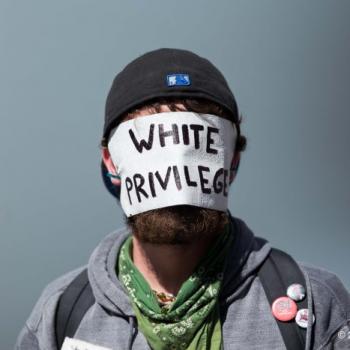