Pope Francis and Giussani on the Ethics of Attraction

Pope Francis and Giussani on the Ethics of Attraction February 22, 2020 Stephen G. Adubato

Since the Feast of the Chair of Saint Peter and the fifteenth anniversary of the death of Servant of God Luigi Giussani coincide today, I thought I’d share some reflections on how Giussani and Pope Francis’ theologies converge, especially in the field of ethics. 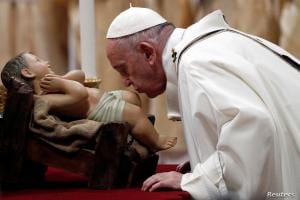 Giussani’s emphasis on the role of desire in Christian morality responded directly to the emphasis on autonomy of the will in modern moral discourses. The Catholic Church, he suggested, is tasked with the call to be a witness to a different ethical ideal which upholds relationality, communion, and love at its center.

In Religion within the Boundaries of Mere Reason, Kant, perhaps the foremost Enlightenment ethicist, challenges the tendency of traditional religions to convey the human person as being dependent on the Supernatural for fulfillment. Central to his “rationalized” religiosity is his critique of supernatural grace. For a person to be truly moral, she must rely on her “own powers.” Kant is distrustful of appealing to something beyond oneself for a moral foundation. Thus the ideal of dependence on divine grace appears problematic inasmuch as it involves heteronomy of the will. Dependence on “Another” renders the moral act impure. The person acts for the sake of this relationship, which causes her subjective desires to emerge, thus contaminating the pure rationality of the moral act. 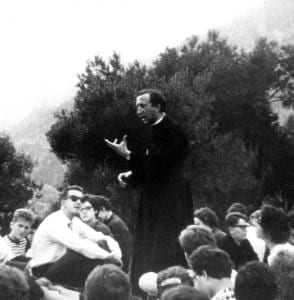 As markedly modern as “autonomous ethics” may seem, it can hardly be deemed novel. Jesus himself condemned the tendency of the scribes and Pharisees to reduce their relationship with God to mere adherence to laws for their own sake. Many conciliar theologians, including Giussani, were conscious of the reduction of Christianity to moral precepts and pietistic rituals. In more recent times, Pope Francis has repeatedly warned of “sinister ideologies” which overemphasize the role of doctrine, to the point of ignoring the roles of grace and mercy. These legalistic attitudes, surely fueled by the modern ideal of autonomy, find their roots in ancient heresies that, though condemned by the Church, have continuously resurfaced throughout the history of Christendom.

In his Apostolic Exhortation Gaudete et Exsultate (Rejoice and Be Glad), Pope Francis expounds on the prevalence of what he calls “neo-Gnostic” and “neo-Pelagian” attitudes in the contemporary Catholic Church. Francis condemns these attitudes as “deceptive ideas, which reflect an anthropocentric immanentism disguised as Catholic truth.” The “immanentist” anthropological foundation of these attitudes idealizes the autonomy of the will in a way that echoes modern rationalistic thought. He characterizes neo-Gnosticism as propagating a doctrine devoid of “mystery” and of “the flesh.” Doctrine is made to appear as a series of teachings and rules that can be apprehended through one’s reason alone. In this way, the role of grace in revealing moral truths is minimized, and the person’s experience of God’s grace is made irrelevant. Neo-Pelagianism, on the other hand, attributes “the same power that the gnostics attributed to the intellect…to the human will, to personal effort.”

Francis continues, ‘[n]ow it was not intelligence that took the place of mystery and grace, but our human will. It was forgotten that everything ‘depends not on human will or exertion, but on God who shows mercy’ (Romans 9:16) and that ‘he first loved us’ (cf. 1 John 4:19).” Francis warns that this heresy not only trivializes the importance of grace, but also ignores the centrality of love to moral theology. Neo-Pelagianism reverses Christ’s claim that charity fulfills the Law, and instead replaces charity with the Law.

Giussani also recognized the resurfacing of the Gnostic and Pelagian heresies. He wrote that “we have returned to the times of Pelagius.” Giussani also commented on the difference between faith and Gnosticism at a retreat in 1993: “Faith is the experience of a present human reality that carries inside something other, something different. It is the experience of something different, of a different human reality…Gnosticism is the claim to define, according to one’s own capacity to thought, the meaning or the contents of truth, so that a thing ceases to be a sign and becomes the object of one’s own definition.” Elsewhere, Giussani explained that Gnosticism is “the real and true extermination of Christ as a historical fact, unique and without paragon, without precedent, without any possibility of precedents, and not the consequence of preceding factors.” 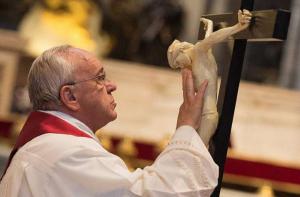 Francis encourages us to return to the root of Christian ethics: the encounter with Christ. “The joy of the gospel fills the hearts and lives of all who encounter Jesus. Those who accept his offer of salvation are set free from sin, sorrow, inner emptiness and loneliness. With Christ joy is constantly born anew” (EG §1). The encounter with Christ engenders a type of joy that cannot be contained within oneself, thus propelling the person to share this joy with others out of love. It is precisely this joyous experience of receiving God’s love and the subsequent desire of sharing that love with others that, in Francis’ view,  constitutes the basis of Christian morality. “…Christian morality is not a form of stoicism, or self-denial, or merely a practical philosophy or a catalogue of sins and faults. Before all else, the Gospel invites us to respond to the God of love who saves us, to see God in others and to go forth from ourselves to seek the good of others…All of the virtues are at the service of this response of love.”

Giussani also bemoaned the moralistic tendencies of the Church of his time. About his experience with the “cultural Catholicism” of the high school students at Berchet high school, Giussani commented, “Indeed, what is Christianity? Is it, perhaps, a doctrine that we can repeat in Religion class? Or is it a set of moral laws? Or maybe it’s an assortment of rites? All of these things are secondary. They come later. Christianity is a fact; it is an event.” Giussani recognized that the Church’s pastors were doing little to challenge these reductive understandings of Christianity. Their efforts focused on “increasing the number of members in official Catholic associations. Then, what made up the life of these associations…boiled down to pure moralism.” This attitude reduced Christianity to “the observation of certain precepts which derived from a few of the commandments…” 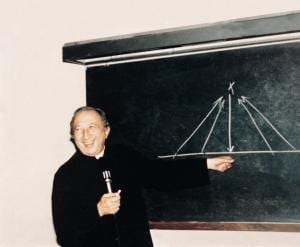 Giussani’s condemnation of moralism should not be read as an encouragement of moral laxity or dissent from the Church’s Magisterium. Instead, it is an invitation to return to the origin of the Church’s teaching authority: Christ Himself, who taught by attraction. It should be of no surprise that Pope Francis attributes much of his ideas in Evangelii Gaudium  to Giussani’s book The Attractiveness of Christ.

At a presentation in 2001 in Buenos Aires, then Cardinal Bergoglio commented on El Atractivo de Jesus, saying “everything in our life, today as in the time of Jesus, begins with an encounter–an encounter with this man like all the others, and, at the same time, different. The first ones–John, Andrew, Simon–discovered that they were looked at in their very depths, read deep down, and a surprise was generated in them, a wonder that, immediately, made them feel tied to Him, that made them feel different.” 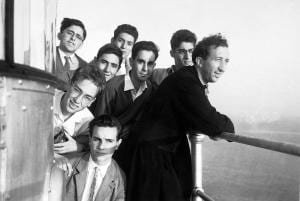 He went on to speak of “the good that [Giussani] has done for me, for my life as a priest, in the last 10 years, through my reading of his books and articles…I am convinced that his thought is profoundly human, and reaches even the most intimate part of human yearning…” 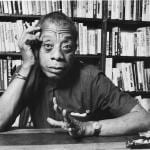 February 13, 2020
Encountering our Wounds: Looking at Race and Reality with James Baldwin
Next Post

February 28, 2020 Beyond Bashing Fr. Martin (and Courage and Spiritual Friendship)
Recent Comments
1 Comment | Leave a Comment
Browse Our Archives
get the latest updates from
Cracks in Postmodernity
and the Patheos
Catholic
Channel
POPULAR AT PATHEOS Catholic
1 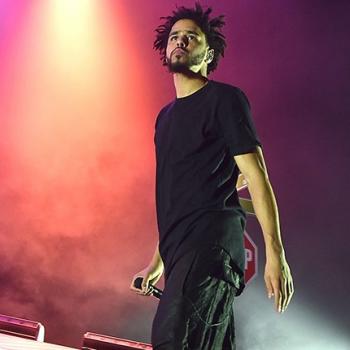