So last night we saw the second installment of “A.D.”, the TV series dedicated to spreading the myth and half-truths of the biblical account of Jesus of Nazareth’s death, resurrection, and, I’ll have to assume, spread of his ministry.

I’ll start by saying a lot of the issues I had with last week’s episode are repeated in this one; calling Jesus a “Nazarene”, the disciples staying in Jerusalem, and the insatiable concern over the death of Jesus by Caiaphas and Pilate. With that said, here we go.

First, the empty tomb would have been really no concern. It was very frequent in antiquity for tombs to be raided. We know this because we have tombs from the same era that Jesus lived and died that bear inscriptions indicating such. Roman tombs had some that read “May your sleep be peaceful!” In Beth Shearim, in the southern foothills of lower Galilee, one threatens to take away eternal life if their grave is disturbed.I also thought it fascinating that there was only a place for one body in the tomb. Perhaps the tomb was mistakenly meant for someone else, and that is why Jesus’ body went missing.[1] Again, a lot of “ifs” leading to that point, if we are to take it as fact.

Was that the Shroud of Turin we saw in the tomb? I think it was supposed to be, but we can ignore this as it has been sufficiently debunked that the shroud lasted, or even remotely resembled the one we know as a Turin shroud. I mean, did you know the church was aware it was a fake and even have a statement from the author that created it? It’s crazy what you learn when you stop taking a priests word at face value.

Another concern people should have about the resurrection is that, in the belief that the earliest Jews who believed in resurrection had, it was a non-physical one. In other words, as Paul put it in his first letter to the Corinthians (15:50), “flesh and blood cannot inherit the kingdom of God”. That’s right; resurrection was non-physical. So even among some of the earliest followers, there would have been a huge disagreement about whether Jesus physically fled the tomb or not. But, it was still a concern that the body was missing, as Matthew’s gospel (27:57-66) suggests people assumed the disciples stole Jesus’ body.

John starts making claims about the “prophecy” of the prophets; namely that the Messiah “would be led like a lamb to slaughter,” (Isaiah 53:7) “pierced” (not a prophet, but Psalm 22:16), die beside the wicked and rest with the rich (Isaiah 53:9). Out of context, sure, it might sound like a slight resemblance to what happened to Jesus. However, in context, both passages from Isaiah 53 and Psalm 22 are in reference to Israel. Also, neither claim to be making a prophecy, let alone attributing what they are speaking about to a Messiah figure.

Now Thomas; where do we begin with him? We know doubting Thomas’ story, and this opts to make that clear. What is interesting to note is how he has been absent from this group, was not at the foot of the cross, but somehow knew about the piercing in Jesus’ side (making some small groups of scholarship question whether he was the Beloved Disciple).

I also thought it was a rather dubious move for Jesus to suddenly disappear as soon as Thomas appeared (and this is not what happens in the gospels). But, it does tell a similar story that continues portraying Thomas as absolutely unaware of what is happening in the story (John 11:16, 14:5). This is due to the fact that the Gospel of Thomas was written around the same time as John’s, and John makes an effort to show Thomas (or really the group responsible for the book and viewed it as canonical) as unaware of Jesus’ teachings.

As alike as Thomas and John are (both have statements claiming Jesus has been around since creation, similar miracle stories, etc.), they break away in very important ways. While John states that “No one comes to the Father except through [Jesus]”, Thomas, in his “Who do you say that I am” dialogue with Jesus and the disciples, has Jesus say,

I am not your master, because you have drunk, and have become drunk, from the same stream which I measured out of.

Jesus also shares that the divine light he embodies is shared with humanity, as humans are made in the image of God.[2] Another reason for such a high Christology, or view of Jesus’ divinity, in John’s Gospel.

A similar sentiment is felt towards Peter, who was the hero apostle in Mark’s Gospel which was threatening to replace the Signs gospel that John likely drew from. So John created the Beloved Disciple, who replaces Peter by being closest to Jesus during the last supper (13:23), he throws Peter under the bus while Jesus is on trial (18:15-27) resulting in a fulfillment of Jesus’ prophecy of the denial. The Beloved Disciple makes it to the empty tomb before Peter (20:3-5), and believed the resurrection happened before Peter (20:8). [3]

Also interesting, Jesus tells the apostles when he appears to them for the first time that they must fulfill what is written about him in the Hebrew Bible (which, honestly, is nothing at all). And what happens when we see them next? Well, after they escape and there’s a mini insurrectionist movement that would not have happened. Or, really, would have with more violence and killing by the Romans. So after all that, we see them fishing.

A person you believe to have been resurrected from the dead, is a messenger, nay, the child of God, appears to you and tells you to get going on spreading his word, and you’re fishing?

Maybe next week we’ll have a more believable story. But I’m not counting on it. 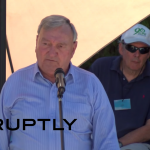 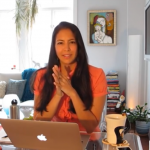 April 13, 2015 Could the recent handling of controversies spell the end of Food Babe? Let's hope so
Recent Comments
0 | Leave a Comment
"Tom Hughes --- Gee, you're clearly quite intelligent. I bet you're in Mensa. The MAJORITY ..."
markinator Clarification on the now viral Wisconsin ..."
"Source in the Constitution?Again, you have not replied to my argument about any "except for" ..."
Alonzo Donald Trump vowed to destroy the ..."
"Tom, I gave explicit instances when getting ID and registering to vote might be difficult. ..."
Annerdr Clarification on the now viral Wisconsin ..."
"You do realise that the only person we've seen throw the word nazi around is ..."
TheMarsCydonia The Danthropology blog is moving on
Browse Our Archives
get the latest from
Nonreligious
Sign up for our newsletter
POPULAR AT PATHEOS Nonreligious
1