I was on a ten-day silent retreat and had just completed an amazing meditation session, feeling as though I’d just clicked over into some expanded altered state when the bell rang. I was feeling so good, that when we were given the choice of continuing to meditate or going to our rooms, I didn’t even bother to shift my body, diving right into the next round of meditation.

We had already entered the portion of the retreat where we had been encouraged not to move once the session began, to remain in the meditation, sitting with whatever arose from moment to moment over the course of the hour. The last instructions we were given as the final people left the room was, “Simply continue to observe.” Then the door closed and, behind my eyelids, the room became dark and cool again.

I was still proud of how good I’d felt after the last meditation, so I was looking forward to seeing how much farther I could go into that altered sensation on this meditation. I figured it would take a while to get back into the groove of it, so I tried to settle myself down to get back into that serene and expanded state.

Unfortunately, as the minutes ticked by, I noticed a tightness and a pressure in my right ass cheek. My method for dealing with these uncomfortable sensations during meditation was to dive into them, to tease them apart, study them, trace them back to their source and then watch them dissolve. I’d gotten very comfortable at it and had started to notice things like what I’d perceived as pain in my knees was actually tightness in the muscles around my knee cap which led me back to tightness in the outer muscles of my thighs, which reached back around to my hip and then up into tightness in my lower back. This had been the result of most of these ventures- find the sensation, delve into it, then dissolve it.

But the knot seemed not to have gotten the memo about the protocol and it refused to dissolve and leave me in peace. Every time my awareness returned to that knot, I dove into it, looking for the missing clue to unravel its mystery. But the knot remained stubbornly present and the pain from it kept getting louder and harder to dismiss or ignore. I felt my calmness draining away as I became increasingly frustrated at the presence of this damned knot that would not go away and was ruining my amazing meditation. I began to dread the sensations in my right butt cheek. Then I began to curse the knot, threatening it, damning it, hating it. It grew in intensity until it became The Knot and I was no longer even meditating anymore. I’d descended into a full fledged battle with my ass.

Now, I know that I could have simply moved, adjusted my body so that the pain went away and then gone back to the meditation. But by then, we were well into the hour and it was about the principle of the matter. I’d been having a great meditation, I’d reached some kind of altered state and could have been back there, happily exploring . . . something . . . I didn’t know what, and at this rate I was never going to know because of this goddamned knot that was devouring my ass and then the entire right side of my body. I refused to move, The Knot would NEVER beat me!

I spent some time swinging back and forth between full on internal berserker battle madness and attempting to get myself under control. A few others around me were having their own quiet breakdowns and breakthroughs, some crying quietly or shifting to more comfortable positions. I realized that, in the throes of this internal conflict, I had completely not thought about the pain of my ass. I was reacting to the pain caused by The Knot, but I’d forgotten to have compassion for the first part of me being tortured by this invading demon, my own butt. I vowed, “I won’t abandon you!” and then began to cry as I was suddenly overcome by memories of people in my life who had abandoned me when I needed them. I would not do to my butt as they had done to me! I recommitted to remaining there and remaining still while my poor body was victimized by this evil invader.

I heard people shifting around me. That was usually an indication that the hour was winding down. When I was in a good meditation, it was something to ignore as I sought to keep myself in the depths of the meditation for as long as I could. When I was in a challenging meditation, as I was now, it was a welcome assurance that I would soon be free. I now shifted to trying to guess how much longer the meditation would last, interspersed with moments of checking on that knot, confirming that, yes, it was still there, yes, my butt was still hurting and, oh hell yes, I was definitely still furious about it.

I remained in position until the bell rang. Shifting my painfully stiff body to get the circulation moving again. Initially, I felt defeated. I’d ended the previous meditation easily, breezing past the ending bell, but this time I felt like I’d clawed my way through the meditation, ending battle scarred and a failure. I hadn’t even gotten close to that altered state again, nevermind going past it and onto something greater.

As I walked outside and began making my way toward the dining hall for lunch, another feeling emerged. I was triumphant- I’d beat The Knot! Suck it, knot. I’d made it through the entire meditation without moving. I’D BEAT THE KNOT! I sat down to eat; my senses seemed heightened by my triumph. As I ate, I began constructing the story in my mind, prepared to tell a funny tale about the knot in my ass that tried to take me down during one meditation and how I’d defeated it! I was smiling widely in the dining hall, forgetting to focus on meditation during the meal, not even trying to keep my gaze personal and to myself. I sat there, proudly oozing with self satisfaction.

Then I remembered our instructions and I almost burst out into screams of laughter. We had been told, “Simply continue to observe.” That was the entirety of our instructions. No one had told me to go into battle. I’d done that all by myself. I suddenly realized, with a clarity brighter than the sun shining outside, all of the many ways I showed up to experiences, looking for conflict, because I’d brought the battle already taking place inside of myself out into the world and I had cast someone or something in the role of opponent.

I sat in a meditation hall, perfectly still and silent. Anyone looking at me would have seen an unmoving, serenely meditating being, but inside there was a full-fledged war taking place.

Or, to put it in its total brutal, foolish honesty: I sat silently in a room and went to war on my own ass. For almost an hour, I was locked in a battle to the death with my butt.

That experience had a life-changing affect on me, and I love sharing the story because there is nothing that exemplifies how silly most of our conflicts really are, like saying, “Yeah, and I once had an epic war with my own ass.”

A couple years ago, a teacher shared with me a question another teacher had once presented to her: “How do you expect to help create peace in the world if you can’t even find peace within yourself?”

So, I end with this: I don’t know what your battles are. I’m sure there are many that are worthy of being fought, where you are needed to be the hero/ine of your own story and life. To stand up to injustice and speak out for something. And, likely, there are a lot of battles you are fighting right now, that are draining you of time, energy, and focus, that you are fighting against yourself, and that are as fruitless as me fighting a knot in my own ass.

I ask you: “How do you expect to help create peace in the world if you can’t even find peace within yourself?”

Nadirah Adeye is a celebrant of Sacred Foolishness and appreciative of all the many ways we are given opportunities to grow by witnessing ourselves behaving like jackasses. On more than one occasion the Divine has shone this uncomfortably bright light on her life. Fortunately, Nadirah is willing to laugh at her own foolishness and invites you to do the same. You can learn more about Nadirah at her site Sacred Sensual Living and by liking her Facebook page.
Previous Post 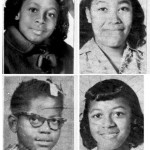 September 15, 2013
50 Years Ago: Honoring the Healing of Four Little Girls in Birmingham
Next Post 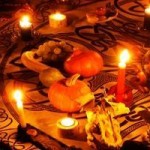 September 24, 2013 It's In the Blood
Recent Comments
0 | Leave a Comment
"LOVE this!!! I've been feeling the same way - curious about Hoodoo and it's roots ..."
DMDaniels Conjuring a Path: Embracing African-American Folk ..."
"I would think that spring tends to speed things up , and their is so ..."
Alma Mercer Missing in Internet Action
"A great story, thanks!To add some stuff: for a lot of people in the West ..."
Kirran Magic Out of the Land of ..."
"Peace and blessings to you my sister."
Toya Missing in Internet Action
Browse Our Archives
Follow Us!