A World in Shadow III

A recent post from the blog Respectful Insolence, A different kind of alternative medicine “testimonial”, graphically illustrated the danger of choosing non-scientific “alternative” treatments over evidence-based medicine when faced with a potentially fatal disease. The post told the tragic story of Michaela Jakubczyk-Eckert, a woman with malignant breast cancer who decided to forsake conventional medical treatment in favor of quackery. The result was her death; but only after the cancer had progressed to a horrible phase called en cuirasse carcinoma. The etymology of this word, I assume, is related to the English word “cuirass” – a piece of armor that covers one’s body from neck to waist. And that gives a terrifying hint of what this stage of the disease entails, as Orac explains:

…a horrible, painful, and nasty manifestation of breast cancer in which the cancer grows from the breast into overlying skin and spreads along the chest wall and back in nodules that eventually coalesce into large contiguous tumor masses. When breast cancer progresses to this point, the en curasse tumor often bleeds and becomes necrotic, leaving the unfortunate woman with a chest wall covered with bloody, partially dying tumor that smells like rotting meat–mainly because it is in essence rotting meat, with living tumor in and around it.

…Indeed, if Michaela had returned to conventional medicine before she was at death’s door, her chest wall and back covered with fungating, rotting, and bleeding tumor, radiation therapy might have done wonders for her. It’s highly unlikely that it would have saved her life, but it could have prolonged it somewhat and provided palliation, making her last months far more tolerable than the horror that she faced.

There may be worse ways to die than of en curasse breast cancer, but I can’t think of very many.

I find myself agreeing with that chilling statement: I can think of few ways to die that would be worse than living out one’s final months in agony, trapped in a body that is rotting, bleeding, and decaying from the inside out. Though Michaela’s decision to trust in pseudoscience was a tragically misguided choice, it did not cause her to deserve such a fate. No loving and powerful god, if such a being existed, would ever permit people to suffer in such a manner, and the failure of any such intervention to materialize must be considered evidence that there is no such being. And if there was a being that cared for Michaela’s suffering but did not intervene because it was not powerful enough to do anything about it, then why should we call that being a god or consider it worthy of worship? As Orac points out, even human beings with the appropriate skill and expertise could have done much to alleviate her suffering, if only she had turned to them in time. If we do not worship doctors for this, why should we worship a being that can do even less?

More generally, the total absence of supernatural intervention in cases like this throughout history, and the failure of people who sought such intervention to receive it, should give us confidence in forming a strong inductive conclusion that there is no being capable of providing such help. If no intervention occurs in one case, or a few cases, then it might still be defensible to reason that a supernatural being chose not to intervene in those instances because not doing so was necessary to achieve a greater good. But when no intervention occurs in millions of cases, that theodicy becomes extremely weak.

Of note here is something that holds true in many other cases as well: while trusting in the supernatural has disastrous consequences, turning to one’s fellow humans and the value of evidence and reason can often significantly reduce the suffering imposed by an indifferent natural world. Through painstaking empirical study, we have learned that treatments such as radiation can cure or at least palliate cancer and many other kinds of illnesses. No doubt, if our study continues, we will find other treatments that are more effective still. This is how we lift the darkness from this world in shadow: not by appealing to nonexistent supernatural beings, but by working together with other people, the only source of help in times of distress that anyone can ever count on. 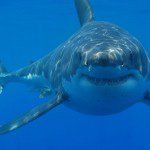