I am greatly amused by all the conservatives who are now suddenly discovering that Sarah Palin is dumber than a box of hammers and babbles incoherently. Glenn Beck is the latest to do so and he strikes a posture of concern, wondering if something has happened to explain her alleged decline. 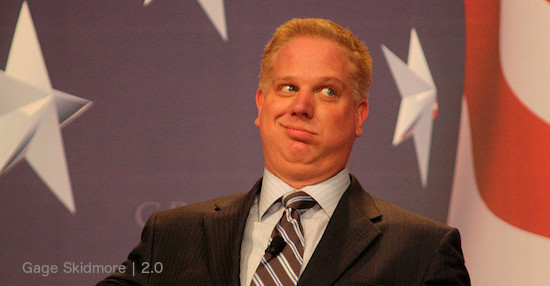 Following Sarah Palin’s remarks in Wisconsin at a Trump rally, Glenn began expressing concern that she’s just not sounding like herself these days.

The discussion turned to Palin’s “coming out” speech at the Republican convention in 2008.

“It was amazing. Here she is, nobody knows that much about her,” Stu said. “No one really knows what to expect, and she knocks that thing out of the park. She was charming, but calm and focused. And it was so good.”

So, what’s happened to the Sarah Palin we used to know and love?

Absolutely nothing has changed, she’s just cheering on a candidate you don’t like now, Glenn. She was every bit as incoherent and clueless 8 years ago when she burst onto the scene as she is now. So are you, of course. 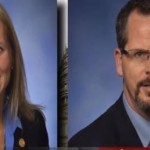 April 7, 2016 Courser and Gamrat Considering Suing the State of Michigan
Recent Comments
0 | Leave a Comment
"OnlySky is now live: https://onlysky.media/I am adding Ed to my OnlySky authors shortcuts folder so ..."
Thomas Fitzpatrick Saying Goodbye for the Last Time
"Hi ,for anyone wanting to follow the friendly atheist on Onlysky, it will go live ..."
david coxill Saying Goodbye for the Last Time
"Oh yes.. The privilege of being called names by people who have zero understanding what ..."
Standingbear Gallups: Satan Has Convinced Christians They ..."
"I wouldn't mind idiots saying "Black Lives Matter" IF They Meant it.Clearly that is not ..."
Standingbear Gallups: Satan Has Convinced Christians They ..."
Browse Our Archives
get the latest from
Nonreligious
Sign up for our newsletter
POPULAR AT PATHEOS Nonreligious
1