Paul Begley, a previously little-known apocalyptic preacher who came to everyone’s attention last week when he claimed that Melania Trump had the White House exorcised to rid it of demons, says that Barack Obama and Bill Ayers are behind a secret Illuminati plot to kill Trump. 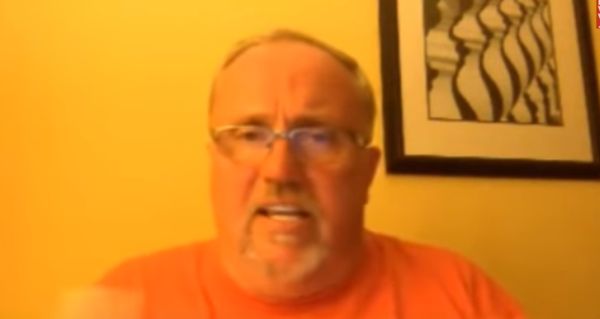 “We know right now, folks, that this was treasonous,” Begley said. “They’ve tried to hijack our nation, they tried to override our election and they are trying to destroy our Constitution. This is a cabal and by their own text messages, they even say they have secret societies and they say that these societies are meeting and these are top level people of several different U.S. government agencies working together as an Illuminati, working together as a cabal, to overthrow the United States of America.”

Begley said that Obama and these secret societies are working to “impeach President Trump on lies,” but if that doesn’t work, they will seek to get Trump declared “deranged and incompetent and dangerous” and have him removed from office.

If those efforts fail, Begley said, then the final option will be assassination.

“We don’t have proof of assassination,” he said, “but I guarantee, if we could crawl into the bowels of these secret societies, there is a Plan C in place.”

February 12, 2018
The Incredible Similarities Between Trump and Nixon
Next Post

February 12, 2018 More on Trump's Double Standard on the Mistreatment of Women
Recent Comments
0 | Leave a Comment
Browse Our Archives
Related posts from Dispatches From the Culture Wars