Finding Truth: A Review and Some Comments 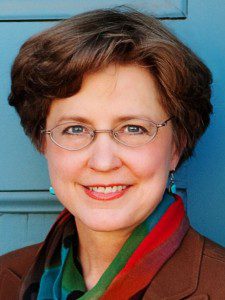 Nancy Pearcey* makes the complicated so clear a reader can forget how insightful she has been. Don’t be deceived: her new book Finding Truth is an intellectual powerhouse. You might not notice because it is also readable. Intellectual poseurs will be disappointed, but the rest of us rejoice.

Pearcey is not arguing for Christianity to pagans in this book. She has done that elsewhere. Here she is showing Christians how to retain their faith, and to guard and defend it in hostile times by showing the reasonableness of Christianity. She isn’t needlessly defensive, she defends what is being attacked. Simultaneously, she is advancing what is good, true, and beautiful in the world.

If you have an atheist friend who insists on defining faith as “believing things despite the evidence,” this book might help him because Pearcey is having none of that nonsense. She joins the mainstream of Christianity in demanding reasons for  belief right from the first chapter. In this sense, Finding Truth might help a non-believer by showing how wrong their picture of intellectual Christianity is. Pearcey is well read, smart, and honest about her doubts. That puts her two steps ahead of Richard Dawkins.

Pearcey is also organized in this book. If you cannot follow her argument, you cannot read. In fact, it is possible to summarize the entire book in five questions she suggests we ask when approaching cultural artifacts. But before listing these a caution: Pearcey does not attend every concert looking for worldview. There is an odd criticism of authors like Pearcey as if the only time they read a book, watch a movie, or listen to a piece of music is when they are looking at the worldview. Pearcey can always discuss a work of art, but she loves music (for example) and I have seen her play her violin and simply glory in the music.  Don’t reduce a three dimensional person to her worldview approach.

Pearcey equips Christians with five questions she is confident will expose any false view of reality. Any non-Christian idea will be inadequate because Christianity is true and Pearcey thinks that Saint Paul in Romans gives us the methodology to expose this inadequacy.

She wants us to:

Pearcey asserts that humans will always worship something. Find the highest good or the ground of a system and you will find the god. Since this god will not omnipotent, omniscient, or omnipresent (logically only one such being can exist) the idol will be inadequate to ground being.

Philosophers made the important discovery that simple answers are better than complex answers . . . if they are complex enough to account for the phenomenon. Sadly, this tempts philosophers to constantly look for very simple answers. Many thinkers since the time of the ancients have tried to reduce the world to a single substance. (I write about this in When Athens Met Jerusalem.)  The materialist reduces everything to matter (whatever that is). The idealist makes the essence an idea or ideas.

This reductionism doesn’t just apply to substance (ontology) but also to how we know things (epistemology). The rationalist tries to explain everything by reason. The romantic by imagination.

God is reasonable and imaginative. He has created a world of ideas, matter, energy, and souls. He can sustain this multiplicity in the unity of His essence. Pearcey is right: this makes a unified quest for truth possible. It allowed us to discover the scientific method and maths.

3. identify what it contradicts about the world as we know it

Because the idol is not big enough to contain everything, some of reality will stick outside the “worldview box.” Pearcey believes free will “sticks out” of materialism. When the world is reduced to matter and energy, our free wills, in fact our personal selves, don’t fit. Something that was basic to our experience becomes a problem.

Pearcey knows that if you have stuffed something basic into your system that you will constantly use “cover-up” words to hide the problem. It is as if nature was designed. It is as if there is free will. It is as if there are ethical laws in the cosmos. These as-ifs contradict the worldview, but unless confronted, the non-Christian may never notice.

5. replace the idol and make the case for Christianity.

It is good to reject a bad idea, better to propose the truth. Christianity is good, true, and beautiful. Christians must express the positive case for the Faith by living it out. We must produce art, music, philosophy, and good theology. We should live in community and serve the poor while practicing justice.

These ideas may never be achieved, but merely going for them based on consistency with our faith is explosive in a broken world.

As a teacher, Pearcey reminds me that getting one big idea into the head of a promising student may produce wonderful results. Francis Schaeffer may have gotten some of the details of intellectual history wrong (Plato, Aquinas), but he got one big idea very right. He saw that moderns divide the world between an “upper story” and a “lower story.” We write metaphysical checks in areas like ethics that our physics cannot cash and we live with the intellectual deficit and he managed to communicate this idea to a student who was his intellectual superior. That is the mark of a great teacher.

Pearcey is death to philosophers who want the benefits of theism without God.

She demands (rightly) I think that we get the two things right about which we are most sure: the physical world exists and so does the world of ideas. Any system that pretends one is imaginary will end in absurdity. She also sees that only the monotheistic God is an adequate ground for all the being we experience.e

Go to an atheist web site and you will see attacks on the details of Christianity. How did Noah get all the poop off the ark? When will Jesus return? The Christian view of reality does face concerns in the details. Sadly for the atheist, they cannot make human existence itself work. They end up denying free will (freely?) or plunging into mysticism that is incompatible with materialism. Pearcey insists that we not treat OS errors as equivalent to conflicts between programs.

It is true that some Christian beliefs are in tension with other beliefs, but Christians have a cosmos where science, ethics, poetry, and art can all relate and function. Atheism solves certain Christian problems (like the existence of evil) by creating systematic crashes: human blue-screens-of-death by denying what cannot be denied rationally. Anyone who tells you that you do not have free will deserves being ignored.**

In Defense of Generalizing and some Quibbles

Boring is the reviewer who takes a book written for the general reader and points out that it simplifies complex ideas. This book simplifies complex ideas, but then I thought my dissertation, hundreds of pages on Plato’s view of the human soul in Timaeus, simplified a complex idea. If you are an expert on a topic, you will know that Pearcey has summarized a discussion, not ended it. She has provided a start for approaching a worldview, not finished the question.

There is (I suppose) the danger that somebody would take a book like this (or Schaeffer’s) or some of my writing and take them as the last word. This would be bad. . . turning a good thing . . . an invitation to more thought. . . into a bad thing: an end of thought. At every turn, however, Pearcey cites further reading and urges the reader to reason for himself.

And yet a generalization should be true enough to be useful and not run too great a risk of deceiving the general reader. I think Pearcey avoids this for the most part, but I would quibble with her in three areas.

First, she occasionally speaks of “the Greeks” in referring to the ancients. Greek philosophy is so diverse that I do not think any of her generalizations are helpful. To give one example: one plausible reading of Plato has a creation in time. Other Greeks, such as Aristotle, thought the universe was eternal. Parmenides did not think change could occur while Heraclitus thought change was the one constant.

Evangelicals in general should lose the phrase “the Greeks.”

There is much to dislike in the European Enlightenment, including the pride that made them think they were “enlightening” the world after a “dark age.” Just as they demonized the Middle Ages (doing great harm), so we the children of both the Middle Ages and the Enlightenment must not demonize one of our parents.

Pearcey points out that her book is not really directed against the great monotheistic faiths: Judaism, forms of Christianity, and Islam. She wisely leaves discussion of Christian sects alone. She also takes a pass on Judaism seeing a complex interaction between the two faiths. She should have done the same with Islam. Her discussion of Islam is not on the level with rest of her books and fails to account for major Islamic sects like Sufism. I challenge anyone to read Sufi literature. There is great wisdom there.

These are (fairly) minor quibbles about a great book. The question is whether we are up to the book, not is the book up to us. What do I mean? Christians have so failed our own faith that we have not produced the enviable culture that is our birthright.

Buy this Book to Use this Book: Because We Need an Enviable Culture

This book is an antidote. You can tell a great deal about a Christian college culture by how they react to it.

If her mentor Francis Schaeffer was the Moses of Protestant cultural apologetics, making the discussion possible, then Nancy Pearcey is the Joshua: she is conquering and taking no ideological prisoners. Get this book and read.

*Bias alert: I am honored to have made Nancy the first person I hired when I became an administrator of a Christian college. Her vision of education is the right one. I look forward to years of working together. Christian higher education needs Nancy Pearcey.  Further up and further in!

**On Calvinism: Pearcey rightly notes that even Calvinism does not deny human free will, just free will in regard to salvation.

March 22, 2015
Dear Nate: Sinners Happy to Sin Welcome to Dinner, Not Welcome to Communion
Next Post