When the Hateful Accuse Us of Hatefulness.

When the Hateful Accuse Us of Hatefulness. July 3, 2015 Captain Cassidy

In the wake of the Supreme Court decision making marriage rights available for same-sex couples across the entire country, some particular Christians now have a problem. They have spent the last 30-40 years making LGBTQ people into the boogeyman. They’ve spent the last year or two threatening to set themselves on fire, shoot themselves, starve themselves, leave their own spouses or refuse to legally marry their true loves, and offer themselves up for beheading. In service to their goal of dominion, they have quite knowingly and quite deliberately flouted and flaunted their disobedience to the laws that ask them to keep their religion to themselves in return for the perks our country gives them. They’ve spent many years praying without ceasing in groups of two or more to bind in heaven what they wished bound on earth, and have turned rejection of equal marriage rights into the main in-group marker belief of entire denominations, have named and claimed what they wanted, and more than all that besides in their laser-like focus on victory.

And now they have a problem.

They lost, and now they have to navigate a world that very clearly has rejected their control–and, increasingly, their entire message.

Here is a sampling of what I’ve seen from these self-appointed defenders of Christianity:

“Be respectful of those who have lost.”

“I’ve never seen such a mean hateful person in my life!”

“If you can’t say something nice then don’t say anything at all.”

These admonitions serve one purpose and one purpose only: to silence those speaking. (As we clamber out of harmful religious indoctrination, we learn to spot those silencing tactics more and more quickly. As a given rule, if you notice that the solution to a stated complaint is “everyone just shut up now,” you just saw a silencing tactic deployed.)

I guess the Bible does have some truth to it after all: the ways of Christians really do seem right to them.*

Non-Christians have to deal with Christian grabbiness and proselytization at every single turn. Christians have never been shy about oozing into our lives and space like airline passengers with no sense of boundaries. It’s not hard to find Christians loudly proclaiming their faith and their talking points in public spheres and denouncing those who reject their control. But whoa, they really don’t like seeing anybody else do that! As Betty Bowers, America’s Best Christian, has observed, there’s a serious double standard in Christians’ minds that operates whenever someone does to them one time anything that even seems similar to what they have done to others for ages.

The Christian spin-doctoring machine is already in full swing on this court case and what it means for them. Some of them are trying to do what they normally do when they catastrophically lose on some issue: they’re pretending that they won anyway and proceeding accordingly.

In their minds, Christianity is supreme among all other ideologies, they rule America and are morally superior to all other human beings, and everybody’s on board with the pretendy fun time game they’re playing.

But that illusion gets disturbed every time someone around them reminds them of that loss somehow. Their response is not to examine the illusion and their part in it, but instead to silence those bringing up that it is in fact an illusion that they are in fact part of.

They’re demanding silence and a return to business as usual (for them).

They’re demanding we shut up and not talk about what this decision means for our LGBTQ friends and our country’s progress toward equality for all Americans. Oh, and especially they don’t want to see anything about overjoyed same-sex couples who finally get the same exact rights they’ve taken for granted for years. No ecstatic wedding photos, no kisses, no hugs, no op-ed links outlining exactly how their brutal, vicious oppression has impacted LGBTQ people–and how this decision helps heal in some small way the great and horrifying wrong that our Christian-dominated country has done to that community.

They’re exploding into rage at those who defy their petulant demands for “respect”–meaning, in fundagelical minds, silence and permission to keep acting the way they’re acting, which I suspect is a perfectly acceptable substitute to them. As I’ve pointed out in the past here, if they can’t get true agreement, then they’ll happily take frightened–or grudging–compliance like they’ve had for years.

And they’re way more concerned with policing us and silencing us than they are in examining their own colossal blind spot (whoops, another truth: they really prefer to talk about specks in others’ eyes than the planks in their own!* But I’ve never yet met a Christian fundagelical who actually responded well to having that verse recited at them; they hate it when we use their own Bible to illustrate to them their own shortcomings.)

They know, deep down, that what they’re hearing is what we’ve always wanted to say and what we’ve always felt; we just were afraid to say it before because they were still too powerful to defy. Our very outspokenness illustrates their fading power.

They want us to quit reveling in this tiny little bit of freedom from their overall campaign of dominance.

They want us to quit reminding them at every turn that we have rejected their overreach and control. The stream of litanies of misery and abuse caused by their culture war further illustrates that they are in the wrong, and few people indeed like hearing that.

What they really want to do is pretend that they won, or at least as if the court case never happened at all.

That’s exactly why we’re seeing a stream of attempts to legislate away the Supreme Court decision and defy it. Though fundagelical leaders have known for years that they’ve lost the war on equal marriage, there are still skirmishers at the fringes of the battlefield carrying the shreds of the banner, more outraged than ever that their dear leaders have capitulated and more determined than ever to win the war their peers seem to have abandoned. If this life were a movie, such underdogs would be the heroes. And I’ve long noticed that such Christians appear to be living in a movie of their own devising, shot on location in their own heads, starring themselves and scripted long in advance. But these skirmishes, too, will fail in a world where even a striking majority of Christians support equal rights for LGBTQ people.

It’s weird that people who style themselves the ambassadors of a God of Love and Prince of Peace might be this totally blind to the devastation they have wrought and to the serious disconnect between their version of love and what love really means.**

When this disconnect is brought to Christians’ attention, when the blinkers are removed from their eyes long enough for them to get a glimpse of the devastation this false love of theirs wreaks, their immediate response has always been to try to silence those pointing out their flaws and feverishly grab for the blinkers to get them repositioned over their eyes.

But I’m not going to play nice here: the Christians opposing LGBTQ rights have rivers of blood flowing down their hands.

Every single demand that we shut up, give them “respect” (again, meaning: silence and an allowance to keep acting as if they won rather than lost), and stop being “hateful” is being made while they peek at us through bloody fingers. Their hands are so close to their faces that they can’t even see the blood streaming down their wrists.

They have turned their gazes away from the lives they have destroyed, the children they have murdered and abandoned, the bullying they have done, or the constant stream of filthy smears they have made against a marginalized group–marginalized, remember, because of their hateful pseudo-love–that never actually posed a threat to anything of theirs. They can’t see any of that. When this information gets shared with them, they try to silence the messenger–because the message runs so contrary to their crafted and curated self-image. Their emotional paychecks depend on seeing themselves as the “good guys”: the embattled paladins of truth and justice fighting against a monstrous and agelessly-evil enemy. The truth would destroy that image of themselves they hold so dear–and would put into question all the other false ideas they hold. But all of this is their problem and not ours.

Until they wash their hands and get cleaned up, they have no right at all to try to shut anyone up for pointing out their error. We however have every right to talk about that error, and we will continue to do so.

We are not being hateful, and we will not be shamed into silence by those culture-warrior Christians feeling stung over their loss.***

We are not being hateful, any more than they were ever being loving.

* That tears it. Let’s all get to chur–oh wait. Actually one or two truthful things in a book doesn’t make the book’s other claims true. If that were so, then Hogwarts would be real and My Little Ponies would be trotting around everywhere.

** I remember realizing I had that disconnect in my head, and those first stumbling attempts to disavow that programming to rediscover the joy of true love. Many very fervent Christians end up realizing that disconnect when they are faced with forcing that fake love on loved ones outside the tribe, like their own tiny children or their non-believing spouses. Often love leads people right out of Christianity.

*** Do not imagine, however, that I wish to silence Christians. Far from it! No, let them whine all they want about how “hateful” they think we’re being. Every single attempt only tells everybody else exactly what kind of people they are, and exactly how blind they are to their tribe’s sins against others. In a few short years, quite a few of those folks will be writing comments or blog stories about how utterly wrong they were, and I think we should be inclined toward gentleness at that point. We know why they’re acting the way they are, and what is at stake for them. Many of us acted just like them once. Let’s remember that. 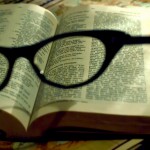 July 2, 2015
Why Becoming an Atheist Made Me Appreciate the Bible More
Next Post 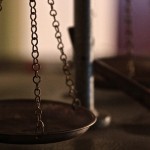 July 5, 2015 Vacuous Theology, Empty Morality
Recent Comments
0 | Leave a Comment
Browse Our Archives
get the latest from
Nonreligious
Sign up for our newsletter
POPULAR AT PATHEOS Nonreligious
1