We All Process Differently (And That’s Okay)

We All Process Differently (And That’s Okay) November 12, 2016 Jeana Jorgensen

Even in the stages of emotional processing before we arrive at activism, we’re going to respond differently to the same national stimuli. And that’s okay.

I wrote a post about being kind, but really, that is only one of many valid responses to what’s happening on a national and global level. (though of course I would hope that given the opportunity to be kind, most people would seize it)

My Patheos colleague Martin Hughes has an excellent post about the many ways to grieve Trump, highlighting the ways in which the five stages of grief can apply specifically here (denial, anger, bargaining, depression, and acceptance for those not familiar with the five stages). He makes this excellent point:

No one way of grieving is more or less “mature” or “superior” than another. They’re all needed. For example, when I looked in my Facebook feed recently I saw that there were insightful, valuable things said by multiple people. And some of the things said weren’t compatible — like the people who said they would close themselves off from Trump supporters and the others who said they’d open up to them. Those are opposite positions, on their face. But as I looked closer — I realized that both reactions were right. They weren’t contradicting each other. The just grieved differently.

So long as people aren’t viciously lashing out, I don’t really care how they’re processing things. Withdrawing is okay, so long as you’re not taking it to such an extreme as to harm yourself. Same with being angry, or accepting the world as it’s become (which is not the same as being okay with it, as Hughes points out, but rather recognizing “we still have to live in this world, somehow, and there’s only one life, and not all of us can fight all the time”).

I’m reminded of this Genderbitch post about modes of activism that a feminist friend sent me a while back. The author classifies a few main types of activism – the nuker, the appeaser, the logic bomber, the emoter – which are, admittedly, oversimplifications. They are types of communication, not types of people. We all have modes of engagement that we’re best suited to, whether because that’s where our skill set lies or because that’s where we’re most in tune with throwing our emotional and/or social energies.

Unsurprisingly? Insights from sex education are helpful here. I’ve argued before that knowing what is true about  yourself and finding joy in it is helpful on many fronts, from figuring out what motivates you to work to figuring out how to have great sex. Here’s one more arena in which it’s true: learning how to simultaneously care for yourself and start to move in the direction of activism. Some of us are already in nonstop activist mode and need reminders to do self-care; others need their daily practices to be steeped in self-care before they can even contemplate helping others. Both are okay, as is everything in the middle of the spectrum.

So, take care of yourself as you process the news, and take care of yourself as you figure out how you’re going to engage with it. Don’t shame others (or, importantly, yourself) for your style of engagement… or disengagement, as the case may be. Be kind when you can (spoiler: you can almost always be kind). The more we can accept diverse styles of emotional processing and activism, the more we get practice for accepting diversity in general, and that is certainly something we need in America. 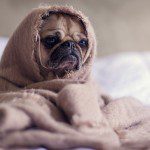 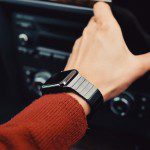