Christians, Why Do You Need Protection For Your Religious Liberties? I Just Don’t Get It! 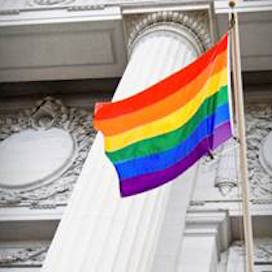 Christians, tell me again why you need protection for your religious liberties? A baker in Washington, a clerk in Kentucky… discriminating against LGBTQ in the name of ‘religious liberty. For the life of me I don’t get it. You live in a country with more religious liberty than any other in recorded history.

Meanwhile, in their ongoing pursuit of “religious freedom,” these people step over LGBTQ youth literally stranded on the street, they turn a blind eye to the horrible injustice all around them, in order to maintain their ideal of pretending they are fighting sin.

If that image doesn’t turn your stomach, it’s time to go back to your knees in prayer.

Like the whites who ignored the lynchings of blacks in the 60s, like the Germans who ignored the acrid stench from the crematoriums, to maintain this pretense of “religious freedom” is horrifying blindness and hypocrisy. You could really not get any more selfish than that.

Please, tell me exactly what liberties you believe are being encroached?

I’ve read the words of Christ, and I cannot find anywhere that he asks his followers to change laws so you can legally discriminate those you think are in sin.

Because I must tell you, you are breaking a lot of direct commands by driving people over the edge, laying on them heavy burdens you do not lay a finger to help lift, making them follow traditions of men, not the love of Christ.

Remember Simon the religious leader was highly offended at the “sinful woman” who washed Jesus’ feet – Simon wanted Jesus to throw her out. Instead, Jesus corrected Simon!

Simon was just like you, a religious man who believed he was fully justified to exclude this “sinner.” Yet, Jesus corrected him, instead.

Because honestly, I know Jesus never said anything like this. Jesus does not justify your “religious laws” in any way. In fact, he would correct you instead.

Unless you can prove otherwise, then you are just reflecting your own preferences. It’s time to admit it, because if you are proceeding on your own power, not Jesus’, then don’t call it religious liberty. You’re just fighting for your right to discriminate.

You don’t have to like LGBTQ people. You don’t have to like black people, or women, or other races, or children, or bank tellers, or libertarians – or anyone you don’t want to like. Usually when people dislike groups of people, it’s because of fear or self-centeredness. They’d like to pull God into it because that sounds so much nobler than, well, personal preference.

But you don’t get to do that. 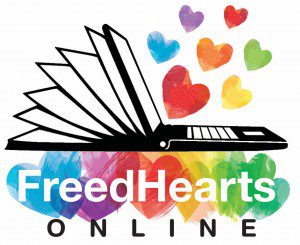 FreedHearts Online has comprehensive video courses on the Theology of Inclusion, helping those in the faith community love and include; on helping parents love, accept & affirm their LGBTQI children; and on helping LGBTQI heal from family, religious and community wounds. Please just click here. 🙂 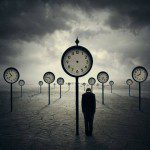 March 28, 2015
Jesus Blog: Don't Miss Opportunities to Love and be Loved.
Next Post 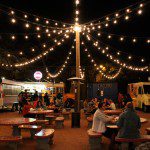