Does the Bible Call for the Death of Nonbelievers?

Does the Bible Call for the Death of Nonbelievers? December 11, 2015 Dan Barker

by Dan Barker
Co-President of the Freedom From Religion Foundation

After Annie Laurie and I sent our letter to major hotel chains asking for “bible-free rooms,” the religious right has reacted, predictably, with astonishment. You know their main arguments. “Just ignore the book by not opening the drawer.” “Most people think it is a good book, so why should the minority rule?” “The bible might offer comfort to a lonely or depressed guest.” “Atheists should not be pushing their views on the rest of the world.” “Hotels are private institutions that can do what they want (true).” “We are a Christian nation based on the bible (not true).” — And so on.

But in all these arguments, they rarely talk about what the bible actually says. The American Center for Law and Justice (ACLJ) reacted with shock when, in an earlier letter this year, I complained to the Hilton Garden Inn:

“That book calls me a corrupt and filthy fool (Psalm 14). Do you agree with that? Your ‘family’ hotel is endorsing hatred of family (Matthew 10:34-37) and dashing babies against rocks (Psalm 137:9). It is a violent fiction about a bloodthirsty, genocidal, filicidal pestilential, petty, vindictive, ethnic-cleanser war-god who ordered the execution of nonbelievers like me (John 15:6, 2 Chron. 15:13, Deut. 13:12-16) and whose jealous anger is only appeased by shedding blood on an altar or a cross.”

Reprinting that paragraph in their fundraising email Angry Atheists Demand Hotels Ban the Bible Comparing Scripture to Danger of Smoking, they replied: “After that bizarro raving – clearly he does not understand the Bible, the love of Christ, or its plan of redemption – he was further angered by Hilton’s commonsense response, ‘I have noted in your profile for your next stay to remove the Bible from your room.’”

Of course, I was not “further angered” by their response. (And what is wrong with anger, anyway?) I had not even replied to that hotel after that. But notice that when I pointed to some of the gruesome passages of the bible—the reason we nonbelievers might object to the content of the book—the ACLJ labeled my comments “bizarro raving.” Have they never read their own scriptures? Those passages are right there in plain sight. Since when is it “bizarro” to have their own bible quoted back at them? It would only be shocking if they did not actually know those verses are there.

Let me spell it out for them:

Psalm 14:1–3 “The fool hath said in his heart, There is no God. They are corrupt, they have done abominable works, there is none that doeth good. The Lord looked down from heaven upon the children of men, to see if there were any that did understand, and seek God. They are all gone aside, they are all together become filthy: there is none that doeth good, no, not one.”
Matthew 10:34–37 “Think not that I am come to send peace on earth: I came not to send peace, but a sword. For I am come to set a man at variance against his father, and the daughter against her mother, and the daughter in law against her mother in law. And a man’s foes shall be they of his own household. He that loveth father or mother more than me is not worthy of me: and he that loveth son or daughter more than me is not worthy of me.”
Luke 14:26 “If any man come to me, and hate not his father, and mother, and wife, and children, and brethren, and sisters, yea, and his own life also, he cannot be my disciple.”
Psalm 137:9 “Happy shall he be, that taketh and dasheth thy little ones against the stones.”
John 15:6 “If a man abide not in me, he is cast forth as a branch, and is withered; and men gather them, and cast them into the fire, and they are burned.”
2 Chronicles 15:13 “That whosoever would not seek the Lord God of Israel should be put to death, whether small or great, whether man or woman.”
Deuteronomy 13:12–16 “If thou shalt hear say in one of thy cities, which the Lord thy God hath given thee to dwell there, saying, Certain men, the children of Belial, are gone out from among you, and have withdrawn the inhabitants of their city, saying, Let us go and serve other gods, which ye have not known; Then shalt thou enquire, and make search, and ask diligently; and, behold, if it be truth, and the thing certain, that such abomination is wrought among you; Thou shalt surely smite the inhabitants of that city with the edge of the sword, destroying it utterly, and all that is therein, and the cattle thereof, with the edge of the sword.”

I know, I know. Reading the bible can make your eyes glaze over. That’s why few bother to open it. It is so weird and irrelevant. So bizarro.

But one reaction I did not anticipate was the suggestion that our letter is comparing the bible to the Qur’an. Of course, there is a direct link — Christianity and Islam are both Abrahamic religions, based on the bible — but that is not the point of our complaint. The fact that they feel there is a comparison is quite telling. They all “know” that Islam is a violent religion, calling for the death of infidels (just look at the news). They obviously do not know that their own religion calls for the same.

Or maybe they suspect it, but don’t want to “know” it. Someone once said there is none so blind as he who will not see.

The INQUISITR website picked up on this in their blog Atheists Argue Bible Calls For Killing Of Non-Believers, Mirrors Practices of Qur’an, Sparks Controversy:

“Needless to say, the arguable claims have sparked heightened controversy on social media. Many Christians are offended about the atheists’ allegations and disturbing comparisons between the bible and Qur’an. The irony in this controversial topic has sparked a heated debate due to the all the talk about radicalized Muslim-Americans.

“Since atheists argue that the bible advocates violence just as the Qur’an does, many people now question the existence of radicalized Christians. There have been a number of cases where murders of homosexuals have been labeled ‘hate crimes’ with no association to any form of biblical practice, but could it be true? Christians on social media find the insinuation quite appalling.”

Yes, the insinuation is appalling. But it is not just an insinuation.

In a wonderful video, The Holy Qur’an Experiment, the Dutch Youtube channel Dit Is Normaal went to the streets and read some bible verses to people who thought they were reading from the Qur’an. Those people were first shocked at the bloodthirsty, misogynist content that confirmed their opinion of Islam as a primitive, violent religion. But then they were more astonished to learn that they were actually hearing words from the bible. Some were embarrassed. The bible, for example, demands that a woman’s hand be cut off if she touches the penis of her husband’s enemy:

“If men get into a fight with one another, and the wife of one intervenes to rescue her husband from the grip of his opponent by reaching out and seizing his genitals, you shall cut off her hand; show no pity.” Deuteronomy 25:11–12 NRSV

But does the bible really say nonbelievers should be killed? In addition to Deuteronomy 13:12–16 (above), let’s see what it actually says:

Death to nonbelievers
2 Chronicles 15:13 “All who would not seek the Lord, the God of Israel, were to be put to death, whether small or great, man or woman.” NIV

God sent lions to kill nonbelievers
2 Kings 17:25 “When they first lived there, they did not worship the Lord; so he sent lions among them and they killed some of the people.”

More death to nonbelievers
Psalm 78:21–22, 31 “When the Lord heard them, he was furious; his fire broke out against Jacob, and his wrath rose against Israel, for they did not believe in God or trust in his deliverance. . . . God’s anger rose against them; he put to death the sturdiest among them, cutting down the young men of Israel.”

A raging fire against nonbelievers
Psalm 78:21 “Therefore, when the Lord heard, he was full of wrath; a fire was kindled against Jacob, his anger mounted against Israel; because they had no faith in God.”

Devoted to Destruction
Exodus 22:20 “Whoever sacrifices to any god, other than the Lord alone, shall be devoted to destruction.”

Kill Followers of Other Religions
Deuteronomy 13:7-12 “If your own full brother, or your son or daughter, or your beloved wife, or you intimate friend, entices you secretly to serve other gods . . . Your hand shall be the first raised to slay him; the rest of the people shall join in with you. You shall stone him to death, because he sought to lead you astray from the Lord, your God.”

These verses, and many more, are in my upcoming book, GOD: The Most Unpleasant Character in All Fiction and Ruth Hurmence Green’s The Born Again Skeptic’s Guide to the Bible (published by FFRF). Islam and the Qur’an are indeed based on a book that demands the death of nonbelievers. So is Christianity. They should both be denounced as barbaric religions. 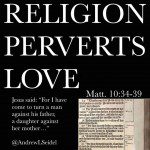 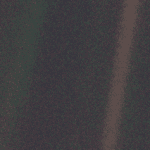 December 14, 2015 Carl Sagan on the importance of the Paris Climate agreement [Video]
Recent Comments
0 | Leave a Comment
Browse Our Archives
get the latest updates from
Freethought Now!
and the Patheos
Nonreligious
Channel
POPULAR AT PATHEOS Nonreligious
1