In Case You Haven’t Noticed, I Am Openly Secular

Like most agnostics/atheists, I am not much of a joiner.  In a way, that’s sorta how I got to be where I am today.  While my environment is almost uniformly evangelical, I took a road less traveled, and as the Frost poem says, that has made all the difference.

But that doesn’t mean there aren’t any groups with which I’m willing to be affiliated.  On the contrary, since leaving the Christian faith I’ve encountered several organizations whose “mission statements” I would wholeheartedly endorse.  For example, the American Humanist Association to my mind represents a matured non-theistic posture toward a wide range of issues, as does its older sibling, the British Humanist Association.  These organizations have moved far beyond simply debating the validity of religious claims and have begun to tackle the inevitable question, “What’s next?”  That’s what takes up a good bit of my thought life as well, so I can identify with those brands quite easily.  Some local friends and I have even started a statewide chapter of the AHA, the Mississippi Humanist Association, in order to see what we can do to promote humanism where we live.  If you haven’t done so, please do me a favor and head on over to our Facebook page and “like” it so that more people can hear about what we’ll be doing in the coming months.

Being a formerly devout Christian whose departure from the faith brought traumatic changes to my life and social world, I also identify quite thoroughly with the mission of Recovering from Religion, which aims to help those whose loss of faith has produced similarly adverse effects.  The folks at RR embody that portion of the atheist community which has been called the Secular Support Network, which isn’t so much an organization as much a description of a loose confederation of people who spend a great deal of time helping people unpack the baggage of their religious pasts.  Many of the people they help are still reeling from abusive circumstances, and RR’s Secular Therapist Project seeks to pair those people with experienced mental health professionals without religious commitments in order to deal with their dysfunctional relationships, both past and present.  I also occasionally contribute to RR’s blog on Patheos (if you like what I write, you should subscribe to that blog as well), and I plan on doing a speaking tour with some of their main contributors this coming summer in order to promote their soon-to-go-live Hotline Project, which still needs volunteers willing to pitch in and help out.

Are You Openly Secular?

And finally, a new campaign which I like has emerged as a joint effort between a whole slew of secular organizations aiming to heighten the profile of secularism, particularly in the United States.  It’s called Openly Secular, and I trust you’ll be seeing a whole lot more about it in the coming months.  This joint effort is primarily sponsored by the Secular Coalition of America, the Secular Student Alliance, the Richard Dawkins Foundation, and the Stiefel Freethought Foundation, but its other partners include American Atheists, the Harvard Humanist Association, the Freedom From Religion Foundation, the United Coalition of Reason, the Center for Inquiry, the aforementioned BHA, AHA, and RR, and well, you get the picture.  It’s pretty much being endorsed  by every notable secularist organization I’ve ever heard of.  Their mission is primarily positive, and it’s really simple:

The mission of Openly Secular is to eliminate discrimination and increase acceptance by getting secular people – including atheists, freethinkers, agnostics, humanists and nonreligious people – to be open about their beliefs.

In other words, whatever label it is that you use to describe your non-theistic beliefs, people need to know that you’re out there and that you are who you are.  You’re not some cartoonish caricature of a two-dimensional villain like so many fundamentalists seem hell-bent on making you.  You’re a regular person who has a life, who has value, who cares about the people you love, and who deserves the same consideration and respect that theists automatically get from a culture which has privileged religious belief for about as long as any of us can remember.

I hope to take part in seeing this campaign gain momentum, and I’d like to see it work itself out of a job by decreasing the need in our culture for such a campaign to exist in the first place.

Not everyone is in a position to be so open as I am, and to be honest, the people around me may yet make me regret doing so myself.  But some of us are in a better place to do this than others, so why not go ahead and let yourself be counted among the growing number of secularists who are willing and able to be #OpenlySecular?  The more of us there are, the less this kind of thing will be needed in the future, and the sooner we can all get on with talking about what’s next for the human race. 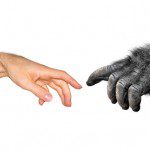 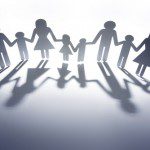