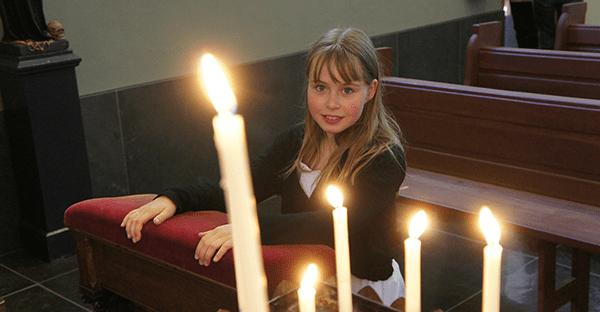 I got this question in an email recently:

Here is my situation. I gave up any religious beliefs for almost a decade, during which time I married and had a child. My husband is atheist. I recently went back to Christianity for almost a year and started taking our 4 and a half year old to church with me every week (with his permission, but not enthusiasm) . I sometimes read (past tense) the Bible at home, talked about God with our daughter, etc but never got incredibly involved in anything much and almost never prayed together with her.

I came to my senses over the Christmas holiday that all the doubts I was having and have had in the past were for good reason. It’s all a bunch of bullshit.

So now, I need to have another uncomfortable conversation with our daughter and my husband about my coming back to my senses and giving up the fairy tale stories and not taking her to play with the other kids at church. I think that’s what she will miss the most. I need to get her away from this kind of thinking. It’s so damaging.

Do you have any tips for talking about this with our daughter so as not to confuse her, about why we won’t be going to church anymore and how I don’t believe there is any god? I just want to tell her the truth and I will, but just a little while ago I was talking about God and I think she might be confused. I’m not sure where to start.

So, I’m going to preface this with a few disclaimers. First, as most of you know, I have never been a believer so I come at this from a different perspective than the mom asking the question. Second, I’m no expert and I screw up a lot, so only take my advice if it makes sense to you and your family.

The first thing I want to say is that if your daughter loves going to church to play with the other kids, why stop that? You have to understand that a child at her age is extremely impressionable, but the majority of that is going to come from her parents providing they are attentive and truthful. Every child psychologist will tell you that the number one influence in a child’s life is you: mom and dad. If you approach the topics that are important to you and make sure she has a good understanding of where mommy and daddy stand, her peers aren’t going to really have much of a chance to shake that. Not at her age, anyway.

I would suggest beginning the conversation with her, but let her keep seeing her friends. It’s not about god for her. It’s not about fear of hell or any of the other absurd dogma. She’s four. It’s just about playtime with friends. If you rip her away from that, you risk creating a negative memory for her that will always be associated with atheism, disbelief and skepticism.

She’s still at an age where the things you teach her and the example you set is still forming her basic personality and belief system. So, while she’s still going to church to play with her friends, make sure you’re having conversations at home about belief that will keep doubt in her mind.

To do this, I would explain that mommy doesn’t believe that stuff anymore because it doesn’t really make sense. You can maybe point out the huge logical holes in the Noah’s Ark story or in the story of Adam and Eve: “I’ve never seen a talking snake, have you?”. You can tell her that sometimes we want to believe things like this because it makes us feel comforted, but that when you really sat down and thought about it, it just didn’t make any sense. Tell her that’s why you don’t go to church anymore, but tell her she can continue to go if she still wants to.

If she chooses to keep going, let her go. Don’t be afraid of losing her to the faithful. Just make sure that after each visit, you get her to debrief you on everything she was taught. Then, just poke holes in it. It’s easy enough… none of it makes sense.

You have to remind yourself that often kids are drawn into the behaviour of their peers because they lack good guidance at home. All you have to do to prevent her from falling for all the biblical B.S. is to teach her how to think critically. No amount of exposure to Bible stories is going to make it stand up to critical thought. If you arm her it, she will grow up completely unable to shake the skepticism.

The only time I would say to pull her out of the church setting is if something shady is going on. If you’re getting the feeling that she’s being threatened with hell or told that she’s broken, or if she’s having trouble sleeping out of fear for the things she’s being told, then end it. But if she’s just going to the church and running around with friends in between a few fairy tales, there’s no harm there, so long as you are involving her in conversations about it as often as she goes. You can’t unsee the holes in the story once they’ve been pointed out, so point them out to her. Don’t lecture her, though. Rather, discuss, as equals.

“So, what did you learn today?”

“I learned that Eve was made from Adam’s rib.”

[laughing] “Well, I don’t know about you, but I don’t think it’s possible to make a whole person out of just one rib” [poke her in the rib to make her squeal – you could even wrestle with her while she giggles and pretend to take a rib out]

“Why are you wriggling so much? I just need one rib! I just want one rib to make you a little brother!”

As you both end your giggle fits, you can say, “Don’t be silly! You can’t make a person from a rib! Besides, that seems a little painful for the rib owner!”

It can even be an in to talk to her about where babies really come from.

Keeping it fun is going to ensure she keeps wanting to talk to you about it. You should also explain to her each time you talk that her friends believe it, and “even though we think it’s silly to believe that, we have to make sure we don’t hurt our friends’ feelings by telling them they are silly for believing it. You can ask them questions, and tell them that you don’t believe it, but don’t judge them for it. That’s not how friends are to each other.”

Who knows… maybe your daughter’s presence among the other kids will set their little skeptical minds in motion, too.

There’s so much more you can do to make sure you’re raising a skeptic. Begin with the Socratic method. Ask her questions to unravel the truth. You can also find social outings for her that are with secular groups to counteract the time she spends with her church friends. Get her involved in lots of secular stuff. Hopefully, stuff that is fun and will fall on the days and times she normally goes to church. Give her the choice when those conflicts come up. If it’s a super fun secular activity, she will likely choose that over church.

If you ask me though, your influence at home, even if you don’t talk to her about church or religion at all, is going to be enough to keep her from believing the lies of Christianity. Parents set the most powerful example for their kids, and those little ones trust mommy and daddy more than anyone, so I wouldn’t worry too much about it. As long as she is happy and not afraid, she’s going to be just fine.

How would you answer this question? Let me know in the comments! 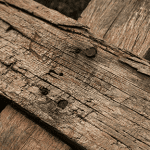 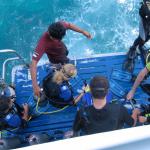 September 26, 2019 I Heard You, Greta.
Recent Comments
29 Comments | Leave a Comment
"If you don't fear death, then atheism is working for you. When three medical specialists ..."
bill wald 10 New Questions I’ve Never Been ..."
"The Nigerian-American Community and the Embassy in the US would then pressure the Nigerian Government ..."
Christian Death For Atheism: How Do We ..."
"My point is that your "arguments" have been refuted thousands of times already.If you want ..."
TheMarsCydonia Are These 7 Arguments For A ..."
"Looking through the cast of The Odyssey I was looking up what had happened to ..."
lone wrecche How To Say Goodbye
Browse Our Archives
get the latest from
Nonreligious
Sign up for our newsletter
POPULAR AT PATHEOS Nonreligious
1