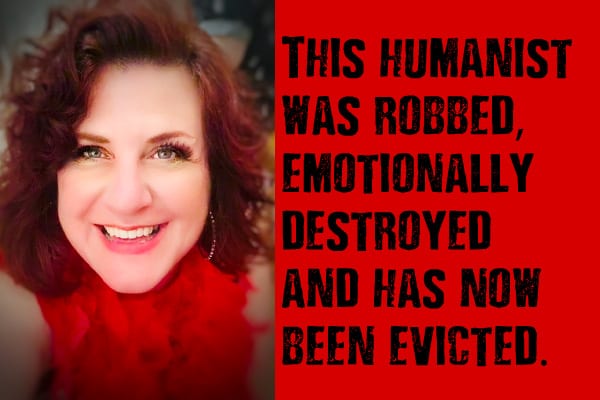 At a time when everyone has a shocking story of their own, I submit this story. A story that’s unfolding right now that has had my blood boiling for weeks. If you’re not as angry as me at the end of this, I question whether you have a beating heart.

Not so long ago, before the world began to unravel, I told you about a friend of mine, Janice Selbie.

Janice was raised in a fundamentalist Christian church right here in British Columbia. She was taught that women must submit to men and god, that they should only act to please and to serve. In her community, a woman’s place was in the home, raising the children and putting dinner on the table. This philosophy on life was driven into her head so forcefully that she married into it; she began raising her own children with it.

But somehow, despite how hard the people around her tried to prevent it from happening, Janice began to question the things she’d been told.

It wasn’t so long ago that this woman broke free of these chains that held her back, tore her children from the clutches of this harmful dogma and started to think for herself.

So many of you understand the sacrifice that goes into taking a step like that. It means leaving the community you were raised in, the people who had surrounded you your entire life. It meant pulling your children away from that same community. It meant grieving her faith, her old self, her marriage and her whole world.

Coping with so much loss at once would destroy the average person. But Janice is no ordinary person. Instead, her experiences leaving her harmful religion behind drove her to want to help people in her situation.

Not only did Janice begin her own business counseling others who had been through similar experiences as her, but she launched the Conference on Religious Trauma. You know about it – three days of raising awareness about the symptoms, treatment and causes of religious trauma. It intended to show sufferers that they are not alone, while at the same time teaching mental health professionals how to treat it. Religious trauma is debilitating to many, crippling their ability to navigate life.

From her own pocket, Janice paid to put on this conference. Attracting speakers with big names like Dr. Marlene Winell, Nathan Phelps, Yasmine Mohammed, Dan Barker, Steven Hassan and Darrel Ray. There were to be workshops and talks and meet and greets all geared towards heightening our collective understanding of what harmful religion does to the brain.

But along came this horrific virus. Before any of us knew the magnitude of what we were about to face, Janice made the bold decision to postpone the conference. Concerned for her attendees and their travel arrangements, she made the difficult decision two weeks ago.

Now, here’s where the story gets genuinely angering.

The day after she had to postpone the conference, heartbroken already, she got an email from her common-law partner of two and a half years. He had recently taken a job in Ontario, and Janice was under the impression he was looking for a home into which Janice would move to be with him. When she opened this email, she realized he was breaking up with her.

I know, you’re thinking he’s about as classy as they come, right? Well, it gets worse.

Even though she was devastated by this breakup, and no one would have faulted her for retiring in bed for a couple of days, she focused on making things right with the attendees of the conference. Some had already emailed asking about refunds. That’s when I discovered that her partner, both in business and in life, had connected his PayPal account to the web site. You see, he had built the web site before I was hired to help them with marketing. He had already set up the e-commerce side of things, and I never thought to investigate it. I was just the social media person. It turns out, though, that all 77 payments for tickets to this event, had gone to a PayPal account to which we had no access.

Not a problem, though, right? We’ll just get in touch with him, and he’ll let us login and send out the couple refunds that attendees had requested. Easy peasy.

Yeah. Not so much. What ensued was a grown man ghosting his common-law partner for three days. This ghosting became more and more worrisome as days went by. We needed to get these few refunds out before people got mad, and we couldn’t do it without him.

The more time passed, the more nervous we got. We began to discuss solutions while Janice continually reached out to him. We thought that maybe if he doesn’t get back to us soon, we would have to tell all attendees that they would need to dispute the payment in their PayPal accounts. If he was just going to ignore Janice, we couldn’t risk him taking all that money out of the conference operating costs. So it was better to have everyone get their money back and purchase tickets again when the time comes than for us to wait and hope that we got access to that money at some point.

But he just wasn’t getting back to her. As a last-ditch effort, Janice called his work and left an urgent message for him. He finally replied and said he would touch base when he got home that evening and transfer all the money over to her.

That evening, Janice and I waited and waited and waited. No word came from her ex. We had no choice at this point. We sent out an email asking everyone to dispute the charges in their PayPal account.

Around this time, I discovered there was a way to issue refunds from within the e-commerce plugin on the web site, and I began to issue the refunds from there. I got through all but 16 of them because their purchase date was beyond the 180 day limit for refunds at PayPal. Janice decided she would refund these final 16 people out of her own pocket.

We thought we had it handled.

A few days later, emails and messages started coming in that some of the refunds bounced due to insufficient funds in the PayPal account.

As far as Janice knew, only around $3,000 had been used out of the $22,000 in the PayPal account. There should still have been more than enough to issue all the refunds we had initiated.

There is a great deal happening here at this time. People need to have a higher sense of patience. Ontario declares a state of emergency there is a huge economic effect I will get to this refund stuff I just need a bit more patience. Thank you.

Most of you are fully aware of how easy it is to refund someone’s money in PayPal. It’s a literal click of a button, and you’re done. This isn’t a matter of having time. Unless, of course, what he meant was that he needed time to get the money back he’d taken from the Conference funds.

Besides, if all he needed was a little time, why not respond with that on day one? Why ghost Janice for nearly a week with full knowledge that some attendees were bugging her for refunds?

But, ladies and beards, guess who finally stopped ghosting Janice when we threatened to take legal action?

We have heard all manner of excuses, not one of which makes any logical sense at all.

The problem is, there is still no money from him, still no way to refund the ticketholders and still no login to the PayPal account.

Janice is, as you might be able to imagine, completely destroyed. Even in the face of all of this, though, she is giving her time free to people having trouble coping with the anxiety of a global pandemic. She’s holding free workshops online to help people find some peace. You can learn more about that here.

Janice is a giver, and she sees the good in everyone, which is why she trusted her ex with everything she had. And now, she’s been left penniless, brokenhearted and robbed.

And yesterday, she was served an eviction notice and has to move her immunocompromised child to a new house in the midst of all of this.

I’m telling you this story because I have seen your generosity before.

I’m telling you this in the hopes that one of you might be a Canadian lawyer willing to help her with this case (email me).

I am hoping maybe one or two of you might be able to help her find a place to live in the Okanagan, BC (email me).

I am telling you this in the hopes that each of you might consider throwing a couple of dollars into a fund to help her through this. Not only are we helping Janice get through a rough time, but we are ensuring the future of a conference that the world desperately needs. We are ensuring that victims of religious trauma can seek and find help in the future.

I’m telling you this because I don’t know what else to do. I can assure you, Janice is worth investing in. Janice is someone worth helping because it’s going to come back into the world tenfold. She is strong and resilient, and all she wants is to put on this conference to help people who went through the things she experienced.

Help me help her because it will help us all. 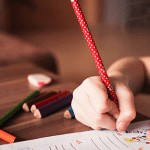 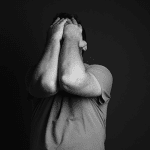 March 26, 2020 Coping With The Anxiety of Covid-19 as an Atheist
Recent Comments
4 Comments | Leave a Comment
Browse Our Archives
Follow Us! 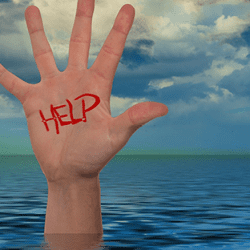 Nonreligious
What If I Told You That You Could...
Godless Mom
TRENDING AT PATHEOS Nonreligious