While My Pen Gently Weeps 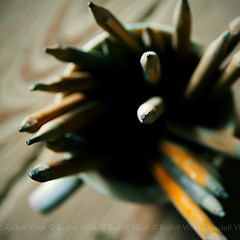 My daughter Gracie was helping me prepare dinner one evening. We were doing the bœuf bourguignon from Virginia Willis’s amazing cookbook Bon Appetit, Y’all, which puts a southern spin on every recipe—this one, by adding bacon.

As Gracie stood on her cooking stool and crisped the bacon at the stovetop, the aroma filled the kitchen and mixed with the onions I was cutting at the counter. She talked over the bacon’s hiss and sizzle about being a chef someday, quitting cross country, girls at school she liked and didn’t like, boys.

I drifted as she chattered, but snapped back to attention when she said, “And if you’re going to be a writer—”

Without a pause, she said, “You know what I mean: a writer everybody knows. Like Dr. Seuss.”

My first thought was of an interview I once saw Tom Petty do in which he said, even with all his accomplishments—including induction into the Rock & Roll Hall of Fame—his own kids were utterly unimpressed until he finally got a guest spot on The Simpsons.

Jesus said a prophet gets no respect in his own hometown. Likewise, a parent’s accomplishments go largely without notice at home.

My second thought was of Joseph Grand, the hapless creative writer in Albert Camus’s The Plague. I’ve always loved poor Joseph Grand. He’s a government worker when the plague strikes Oran, and he steps in to labor alongside Dr. Rieux combating the disease.

Every night he goes home and he writes. What does he write? What could he possibly find worth writing when death and disease wreak constant havoc all around him?

Eventually we get to see what he is working on so diligently: a single opening sentence to a story, one sentence that he revises and rewrites obsessively. “Evenings,” he says, “whole weeks, spent on one single word…Sometimes on a mere conjunction!” And why does he work so hard to perfect the sentence? So that someday his publisher will read it, stand up and say to his staff, “Gentlemen, hats off!”

We writers are—I suspect it’s true for artists in general, even the very successful ones—an insecure bunch. We need recognition. Not from our sisters and best friends, who will always say something like, “This is amazing. You should publish it.” We want recognition from those in the business whose approval we think will serve as a kind of validation.

Camus’s narrator calls Grand the “insignificant and obscure hero” of the novel. Why? He has “a little goodness of heart and a seemingly absurd ideal.” What is that ideal? What is it that Joseph Grand, the lonely creative artist, stands for?

It is simply the belief that there is goodness and beauty in the world, even under plague conditions. There is meaning beyond the suffering, and art is the path to it.

I believe that. What keeps me coming down to my basement cave at five every morning to get in my couple hours of writing before the kids and dogs strike up the morning noise, is the thought that I could someday create something that lasts, something that when I’m long gone will remain in the midst of other woe.

Still, I have my doubts. My wife works with the local neighborhood development foundation, helping the poorest of the poor. Last weekend she introduced me to another lady she works closely with, a bulldog lawyer who aims her considerable brains and energy entirely at fighting for the weak and disenfranchised.

Me? I write fiction. I spend my best energy every morning telling stories with no clue who might ever read them.

I think now of George Harrison’s lines, “I look at the floor and I see it needs sweeping. Still my guitar gently weeps,” and I know the feeling. The art must be made, and it is important.

Yet the doubt remains. What if the lines go, “I look at the children and see they need feeding,” and my guitar keeps gently weeping then? What does that say about me?

Joseph Grand worked tirelessly on his one sentence. He stood for the seemingly absurd ideal that the perfect sentence had value, even in a world ravaged by plague; but Joseph Grand also spent his days in the trenches battling sickness and suffering.

I pour myself into my writing. I have little left after that. And I have that persistent fear gnawing at the back of my brain that it isn’t good enough.

I think what serious artists want is not so much to be famous—like Dr. Seuss, as Gracie said—but to be assured that what we are giving our lives to is worthwhile in the end.

The doubt will always be there, but a little recognition gives, for ever so brief a moment, a glimmering reminder that there is value to this work of art-making—not relative value alongside other, more useful tasks, but value in itself. Maybe it is enough.

Photo above credited to Rudolf Vlcek and used under a Creative Commons license.

May 22, 2015 The Two Lists
Recent Comments
0 | Leave a Comment
"Ah, so now the imaginary War on Xmas is transmogrified into The War on Santa, ..."
David Miller How to Win the War on ..."
""Aural" refers to hearing, "visual" to seeing"
merphd The Gutenberg Imagination
""It doesn’t matter when you start the Sinatra Christmas playlist or put up your tree. ..."
C_Alan_Nault How to Win the War on ..."
"Yup."
Max Marvel Finding My Inner Calamity Jane
Browse Our Archives
Related posts from Good Letters