Vaccination skepticism is–regardless of one’s judgment about inoculation–an elemental rejection of expertise and authority structures. Hostility towards vaccinations exists on a spectrum, ranging from the “anti-vax” advocates (think Jenny McCarthy) to worried parents to libertarian-leaning folks who vaccinate but think the alternatives should be legal. These distinctions are important and it would be unwise to talk past or dismiss them. Nevertheless, it’s safe to say that each of these camps are connected by a mutual distrust of medical professionals (doctors) and authorities (the CDC).

In one of The Federalist’s best pieces from last year, “The Death of Expertise,” Tom Nichols lamented that contemporary American culture is becoming an “expert-less” one. Those with earned intellectual authority, Nichols writes, are no longer given a privileged place in public debate, but are made more or less equivalent to the everyday yokel in the name of “democracy:”

All of these are symptoms of the same disease: a manic reinterpretation of “democracy” in which everyone must have their say, and no one must be “disrespected.” (The verb to disrespect is one of the most obnoxious and insidious innovations in our language in years, because it really means “to fail to pay me the impossibly high requirement of respect I demand.”) This yearning for respect and equality, even—perhaps especially—if unearned, is so intense that it brooks no disagreement. It represents the full flowering of a therapeutic culture where self-esteem, not achievement, is the ultimate human value, and it’s making us all dumber by the day.

Thus, at least some of the people who reject expertise are not really, as they often claim, showing their independence of thought. They are instead rejecting anything that might stir a gnawing insecurity that their own opinion might not be worth all that much.

Nichols mentions the controversies over vaccination as one manifestation of the death of expertise. Doctors and others with years of training in the medical sciences find themselves powerless to persuade anxious parents who read a harrowing tale in a “mommy blog.” The problem is not so much that everyday Americans have a perspective and share it, it is that American culture seems unable to assign a reasonable hierarchy to disparate opinions. Instead, the blogger is just as credible as the doctor, and given that equivalence, the safest thing to do would be to not immunize.

Nichols chalks this phenomenon up to a deficient understanding of concepts like “equality” and “fairness.” He may have a point, but I think a more compelling explanation is that postmodern American culture is orienting away from the idea of “knowledge” and towards “story.” Instead of trading in truths, Americans trade anecdotes. It should be noted that there are two distinct meanings of the word “experience.” Experience can mean the principles and wisdom gleaned from a long time spent in a particular place doing a particular thing. However, it can also mean “story,” ie, the stringing together of moments or reflections from personal observations. The distinction is important: Almost everyone has experience in the latter sense of the word, but much fewer have it in the former sense. Having a story does not equal having wisdom.

The privileging of story over knowledge is a glaring feature of contemporary progressive evangelicalism. The newest generation of mainline Protestantism is seemingly omnipresent on the blogosphere and “Survivors Of [insert denomination here]” forums, but you’re less likely to find them in a church on Sunday morning. Among its most prominent spokespeople, there’s an undeniable air of postmodern populism and anti-seminarianism. Progressive evangelical bloggers publish books and blogs on things like hermeneutics, church and state relations, and sexual ethics, even though authors like Rachel Held Evans and Matthew Paul Turner have no formal training in theology whatsoever. Their websites allow you to request them to speak at your event but rarely mention their educational qualifications or ministerial experience. This isn’t to imply that people without M.Div degrees are not worth hearing; but if a writer believes that opposition to same-sex marriage is morally equivalent to slave ownership, it’s fair to ask for their intellectual credentials.

Just recently, Time featured Matthew Vines and Brandon Robertson on the cover for their story on the evangelical debate over LGBT issues. Vines dropped out of Harvard to write God and the Gay Christian, and Robertson holds a B.A. in pastoral studies from Moody Bible Institute. Both Vines and Robertson are intelligent, winsome men, but a fair question is why two of the most prominent advocates for what would be the biggest theological shift in the history of the post-Reformation church (indeed, Vines’s LGBT-advocacy organization is called The Reformation Project) are not more conversant with historical theology or ecclesiastical leadership?

What people like Evans and Vines and Robertson are qualified to do is share their narratives, stories–often heartbreaking ones–of encounters with abusive complementarians, ridiculous fundamentalists, and arrogant conservatives. Just as the “mommy blogs” purport to be a more “authentic” account of what “really happens” to vaccinated children, progressive evangelical blogs write about experiences inside traditional evangelicalism that prove that Calvinists really do hate people. Anti-vaccine activists almost never say, “Here’s the scientific formula in MMR that triggers mental handicaps.” Instead, they say something like,  “So many moms have come to me thanking me for telling their child’s story.” The narrative replaces knowledge and becomes authoritative, unchallengeable.

There’s a sad cynicism involved here. Some anti-vaccine activists seem to believe that doctors endure years upon years of difficult study, long hours and financial debt in order to play cruel games on their children for a payday. Likewise, some progressive evangelicals seem to think that pastors and denominations and seminaries invest so much in education and ministerial training so they can demean people and advance “the patriarchy.” Because worldviews like this are fueled by a sense of injustice and offense, they proliferate generous amounts of “outrage culture.” Outrage is necessary to foment further distrust.

Outrage is defused, however, when people begin exchanging facts, evidence, research, and arguments. If you’re writing a peer-reviewed essay and have to wade through hundreds of pages of scholarly work, you can only feel offended and marginalized for so long. Eventually it has to stop being about you and be about the truth. That’s why experts matter. Experts become experts through sacrifice of their egos and impulses in order to understand reality. Experts do the hard work that bloggers and activists merely hotlink. The least we can do is not assume a posture of cynicism towards them.

We need institutions that generate learned men and women whose opinion should be given more weight than that of the average person. Ironically, those institutions are typically established by ordinary people who are willing to fund, build, or support others in their pursuit of expertise. Progressive evangelicalism should tame its anti-ecclesiastical impulse and encourage its readers in the blogosphere to commit themselves to churches and teachers of the church who know more than they do. Even if you’ve had coffee with more interesting people this week than your local pastor, you still need to hear him. 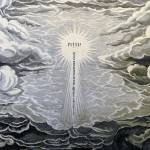