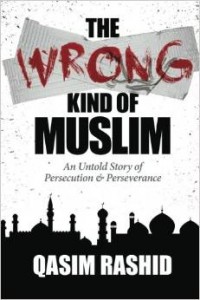 The Wrong Kind of Muslim
An Untold Story of Persecution & Perseverance

Summary:
The Wrong Kind of Muslim is a call to unite those of all faiths and of no faith in the struggle for universal freedom of conscience. Since 9/11, terrorists in Pakistan have killed over 40,000—and counting. Often risking his life, Qasim Rashid journeys into the heart of that terrorism to unearth the untold story of those silenced by Taliban suicide bombings, secret police torture, and state sponsored religious persecution. Rashid exposes the horrifying truth about growing radicalism in Pakistan and its impact on Western security. But most importantly, Rashid uncovers the inspiring untold story of millions fighting back—and winning. 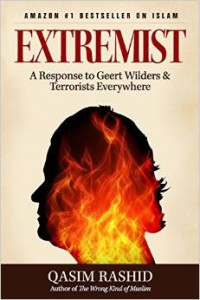 Summary:
Terrorists and anti-Islam extremists are both wrong about Islam. Qasim Rashid proves just that in EXTREMIST: A Response to Geert Wilders & Terrorists Everywhere. Rashid debunks extremists head-on, clarifying important issues like Islam’s view on free speech, women’s rights, and Jihad—among many more. He writes for non-Muslims and Muslims alike, asking you to stand for a narrative of moderation, civility, and compassion—and against the extremist narratives of Geert Wilders and all terrorists. Rashid empowers you with a tool extremists don’t have—knowledge of Islam, and invites you to join the fight for tolerance.