Making the Invisible Visible: The Test Question for Your Church

Making the Invisible Visible: The Test Question for Your Church April 15, 2015 Scot McKnight 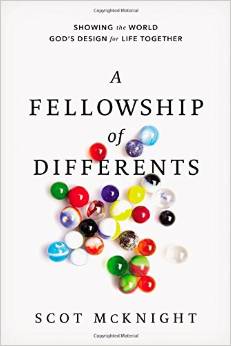 We tend to measure the “success” of a church by numbers. I propose in A Fellowship of Differents another way of measuring whether or not our church measures up to the kind of success that the Bible uses —

The success of a church is first determined by how many invisible people become visible to those not like them.

Asked as a question, Who is invisible in your church?

Widows. Listen to how Miriam Neff, a widow, tells her story:

I am part of the fastest growing demographic in the United States. We are targeted by new-home builders and surveyed by designers. We are a lucrative niche for health and beauty products, and financial planners invite us to dinners. It’s no wonder the marketers are after us: 800,000 join our ranks every year.

Who are we? We are the invisible among you—the widows.

Studies show that widows lose 75 percent of their friendship network when they lose a spouse. Sixty percent of us experience serious health issues in that first year. One third of us meet the criteria for clinical depression in the first month after our spouse’s death, and half of us remain clinically depressed a year later. Most experience financial decline. One pastor described us by saying we move from the front row of the church to the back, and then out the door. We move from serving and singing in choir to solitude and silent sobbing, and then on to find a place where we belong.

We could go on, you get the picture. Are widows visible or invisible in your church?

What about races? How many races are present in your church? Are their Asian Christians in your church? Do you know they are the fastest growing ethnic group in the USA and that nearly 50% identify themselves as Christians? Are they invisible to you? Can you name some Asian Christian leaders? I can say the same about Latin and Mexican Americans? Any names come to mind? (We’ll ignore my own heritage, for the moment, the Scottish.) Measure that against your community. Is your church representative of the community or more mono-ethnic?

What about women? How involved are women in your church? How are women involved? Are they at the table where decisions are made? Or do men make the decision and women do the work? In the words of Carolyn Custis James, who called her book about women Half the Church, “It is no small matter that women comprise half the church. In many countries women make up a significantly higher percentage of believers – 80 percent in China and 90 percent in Japan…. maybe these high percentages of women should make us wonder what God is doing, for he often forges significant inroads for the gospel by beginning with somen… When you stop to think of it, in sheer numbers, the potential we possess for expanding the kingdom is staggering.” Is your church unleashing the spiritual power of women? Is their voice heard?

What about the poor? How many poor people, unemployed people, financially struggling people are in your church? Are they even willing to let those facts be known? (If not, why not?)

What about inner city vs. suburban? In the USA it has become a sign of special devotion to stake a claim for Jesus by dwelling amongst the “least of the these” by church planting in the inner city. The implication is that the suburban folks are just too compromised with the wealth of this world to care. The other side of this one is that some in the suburban churches either don’t know about the inner city or they just don’t care. So, let’s think about this together: Do we need to make the inner city folks visible in our churches? Do some inner city folks need to make the suburban folks visible? As Osheta Moore says it so well, “geography does not indicate fidelity.”

What about faith strugglers? How many folks in your church are struggling with the truth of the Bible, with science and faith, with the atonement, with hell, with what the Old Testament says about God? Do you know? Are they free to inform you? What would happen if their problems became visible?

What about the non-university educated? Is your church designed by a college graduate (almost certainly) and seminary graduate (good chance)? Does it appeal to college graduates? (Probably). What about those who don’t give a rip about college but like to cut wood or do landscaping or paint or work on cars … and you can fill in with more vocations that are just as noble in our world. Does your church know them when it makes plans?

What about gays and lesbians? Let’s ignore the debates about what the Bible teaches and ask this question: Are they able to be honest about their sexual orientation? Or do they catch the message the gospel is not for them? Does your church want redemption or exclusion?

What about those … well, how to put this: some people have managed somehow to have a history that has collected one nonsensical episode after another while others seem to have walked straight in the script of the American dream – high school, sports, college, graduate school, good job, family, good children starring on the soccer teams. Joseph Epstein speaks of such people as “men and women who have drawn lucky numbers in life’s lottery.” We know what he means, so what about mixing different walks of life? Is your church only for the “successful and scripted” and those with lucky numbers?

What about those suffering from sexual abuse or dysfunctional families or depression or anxiety or post traumatic syndrome? Or is your church for the mentally healthy extrovert?

The apostle Paul laid down one of the most brilliant lines in the history of mankind, a set of lines that reveal God’s grand social experiment called “church,” a set of lines that reveals what God wants the church to be and therefore how the Christian life is to be understood. Paul said, and I will reformat the lines so you see how central the grand experiment, the church, was for Paul:

There is neither Jew nor Greek [ethnic],

Nor is there male and female [sex or gender].

Why is there no ethnic, class and sex ordering of life?

For you are all one in Christ Jesus.

The church is the grand experiment of God where differents get connected, where unlikes form a fellowship, and were the formerly segregated are integrated. They are to be one – not scattered all over the city – and they are one in Christ Jesus, in the salad bowl that holds the differents together.

April 15, 2015 Basset Hounds, Lament, and Easter (by Glenn Pemberton)
Recent Comments
10 Comments | Leave a Comment
"Avoidance of these verses is at the heart of faulty conclusions. Humanistic interpretations are why ..."
Glenn Harrell What To Say When Someone Says ..."
"I think what you should say is: "I don't want to kink shame, but that's ..."
Spirit Plumber What To Say When Someone Says ..."
"Jesus dying temporarily for our sins doesn't really make much sense. Here's why:Let's say I ..."
C Nault What is a “Sacrifice of Atonement”?
"Any updates on when it will be released???"
Brian Kelly The “Second” Testament
Browse Our Archives
get the latest from
Evangelical
Sign up for our newsletter
POPULAR AT PATHEOS Evangelical
1

Evangelical
The End Of A Very Interesting Letter
Jesus Creed