Dickens Christmas is no More Christian than a Starbucks Image 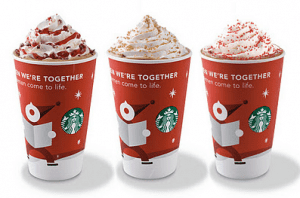 The Christmas most people associate Christmas with is no more Christian than the Starbucks red cup or the  formerly more supposedly Christmas-y image on their cups.

A Dickens Christmas is about joy and singing and big family dinners and dashing to and fro giving and receiving, and caring for the poor and turkeys and frosty windows. It’s now about Christmas trees and open mouths singing carols in the snow with stars in the sky.

And now we hear that Starbucks has a mug stripped of those Dickens images of Christmas… and some are in a lather about the stripping away of Christmas from our culture.

I say the less Dickens the better. I’m not being a Scrooge here.

The first Christmas has these themes:

Israel’s long awaited Messiah has come. So it’s got to be Jesus as Messiah.

Israel as a land didn’t have snow. Or pretty mugs with sophisticated coffee. Or frosty windows and Christmas trees with presents. 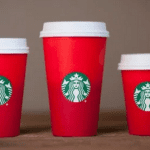 The first Christmas meant a young woman, Mary, would carry the shame of being pregnant outside of marriage and she would be known then as someone not likely to be high on God’s list. Mary accepted this role. (See my The Real Mary.)

The first Christmas meant that their offspring — Yeshua, Jesus — would be classified in Jewish society as an illegitimate child. He could always be criticized for this supposed socially shameful position.

The first Christmas was celebrated by some Gentile astrologers who unlike many in the Land didn’t know who had been born. They offered gifts to a king to celebrate what God was doing. They escaped home.

Herod was so irritated by this news he slaughtered children in the vicinity. The young family — Joseph, Mary, and Jesus — were so threatened by Herod they had to escape the Land to Egypt and hide in order to begin their family in safety.

November 12, 2015 Is the "Old" Better? NT Wright Responds
Recent Comments
30 Comments | Leave a Comment
"Curious as to why my comment was deleted? Here it is again for all who ..."
zfari Go Home or At Home?
"From my experiences, a God who has a Gender, a Sex, and a Biological Orientation... ..."
Kyllein MacKellerann What to Say When Someone says ..."
"What is the "final destruction of sin" please?"
Bob Shiloh What to Say When Someone says ..."
"Dr. Fitch, you write the following regarding the resurrection:Of course, Cone is focused on the ..."
J.R. Miller David Fitch, James Cone: Liberation Theology ..."
Browse Our Archives
Related posts from Jesus Creed