I am interested in our nation’s changing perceptions—and altered reception—of Hillary Clinton.

I remember those many incarnations, and I remember the media (not just the conservative media and not just men) taking umbrage with everything— including her wonderful guffaw laugh, even her headbands, and when she dropped the headbands to don a more sophisticated style, taking umbrage even with that. Has there ever been a first lady, I wonder, who received such vitriolic scrutiny? But then again has there ever been a first lad

y as confident, powerful, and who has had such far-reaching impact (and consequently inspired such defensiveness) as Ms. Clinton? And now our retired, dare I say borderline-beloved, Secretary of State Hillary has changed… again. But perhaps it is we who have changed.

I could argue that it is she who has “arrived.” That all those life experiences have seasoned her and made her more “mellow,” and “likeable,” has shaved off those “shrill” and “unappealing” edges. But really, who are we kidding? I think it is we who have done the “arriving.” Hillary has been Hillary has been Hillary throughout her entire life and career. It is only now that we are able to hold all that she is, has done, and represents. And I wonder why? Why this change of heart now?

Because at 65, Hillary has entered her Grandma years. Look at the pictures: most are of her seated, relaxed, wearing glasses, sporting a quiet, Buddha-like smile. The threat of castration is over. I jest, but only somewhat. We were first introduced to Hillary as “mother”—literally because Chelsea was thirteen during the time of the inauguration, and archetypally since Hillary, then middle age, was at the height of her physical, psychological, sexual power.

Alright, I’m going to get a little bit radical and put forth the following: We like our Grandmas. We don’t like our mothers. That’s not entirely true. What I mean is our love-hate relationships with the women who bore us is… well, complicated. But our relationship with Grandma is easy, simple, with very little baggage. And I argue that we projected much of our personal unconscious fears, fantasies, and desires on public and political figures. In our effort to individuate and cut the biological cord, why would we want to elect our mother to govern us all over again? But Grandma? We love Grandma! She gives us butterscotch candy, let’s us drink from her black coffee during brunch and dry martinis during dinner, encourages us, beaming, to polish off the last bite of dessert from the early bird special. (Maybe this was just my Grandma? Nah, these themes are pretty universal.) Who wouldn’t want a cogent, articulate, internationally experienced Grandma in the White House?

I recognize, I’m greatly simplifying things, but you must recognize the nugget of truth: Many of us don’t know how to process, strong, decisive, smart, unapologetic, women leaders, especially if age does not soften their sharper edges and our own, adolescent fears.

This is not just about Hillary getting older. This is about a systemic, national problem: we as a nation have had so few opportunities to grow with real women leaders. To embrace women leaders in their prime, we need more examples of and access to brilliant, powerful titans; and yet in order to for those kinds of leaders to be successfully emerge without ruthless attack, we need to make room for them, invite them to the table, recognize that the powerful woman isn’t necessarily your mother, or your grandmother, but a being completely her own, recognizing that when she rules, she will do so justly.

People, we must remember: the political isn’t always personal. 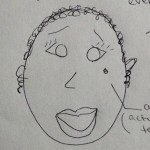 February 15, 2013
In Celebration of Menschy Men / The Night I Got Primal Bridal
Next Post 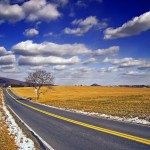 You won’t believe what this 18th...
Everything Old is New Again
Related posts from The Jewish G Spot

Jewish
In Celebration of Menschy Men / The Night...
The Jewish G Spot 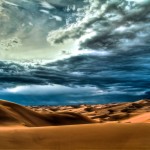 Jewish
For My Boyfriend on Valentine's Day: Dali's Camel
The Jewish G Spot 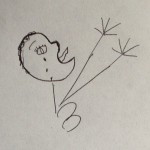