Why should the devil have all the good theologians?

Welcome to another episode of Role Reversal Television, in which outspoken atheist Penn Jillette explains to Catholic pundit Piers Morgan why Catholic tradition doesn’t change with the times.

Orthodox Christians don’t understand hierarchical power in this way, and evangelicals would object to even more here. But the spirit of the thing is one Catholics, Orthodox, and evangelicals can appreciate: The faith once delivered is not the faith that is edited and updated with the times.

It reminds me of an exchange atheist Christopher Hitchens had with a Unitarian minister, who declaimed, “I’m a liberal Christian, and I don’t take the stories from the scripture literally. I don’t believe in the doctrine of atonement (that Jesus died for our sins, for example).”

To that Hitchens offered this matter-of-fact reply: “I would say that if you don’t believe that Jesus of Nazareth was the Christ and Messiah, and that he rose again from the dead and by his sacrifice our sins are forgiven, you’re really not in any meaningful sense a Christian.” Er, bingo? I feel funny saying amen to Christopher Hitchens.

Side note: Catholics and condoms

Piers Morgan’s statement about a new pope condoning condoms to prevent disease seems to miss the mark in one obvious regard. Is the pope ever going to condone fornication? The church already has the answer to sexually-transmitted diseases: chastity. For a pope to permit condoms for such a reason would undermine a cardinal virtue (tempering the appetite). 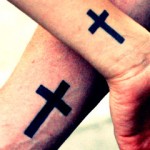 March 8, 2013
What's with all the Christian tattoos? Am I missing out?
Next Post 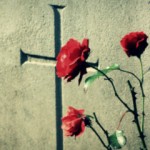 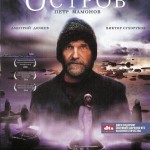 Evangelical
Have you seen The Island?
Joel J. Miller

Evangelical
I like the Christian life: The Byrds' Hillman...
Joel J. Miller

Evangelical
The monk who wanted to live in the...
Joel J. Miller
TRENDING AT PATHEOS Evangelical