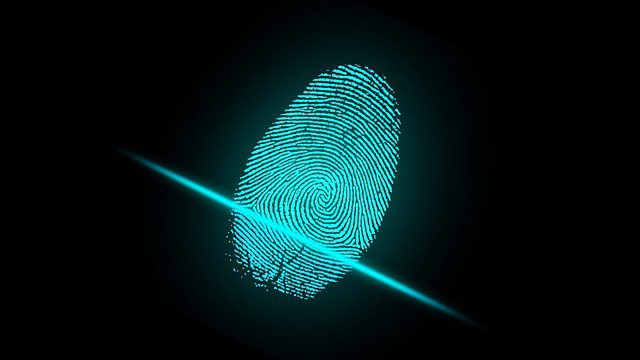 Proof of Concept – Definition: The evidence that a product, technology or an information system is viable and capable of solving an organization’s particular problem. A proof of concept is often developed for new products that have not yet come to market.

At the core of the Gospel is the idea that a person can be transformed by the power of the resurrected Christ and indwelled by the Holy Spirit of the Living God to become a new creation; a person capable of loving the unlovely, forgiving the most vile and serving others as Jesus did.

In the early days of the Christian faith this theory was proven true in the lives of the disciples who suffered persecution without retaliation, shared everything they owned with people in need, and were known for their radical compassion, astounding love and uncommon inclusivity.

Somewhere along the way our message got circumvented, the idea of living ones’ life after the pattern of Jesus became supplanted with a softer approach where one need only agree with a set of beliefs and doctrines in order to call oneself a “little Christ”.

The fruit of that original tribe of Jesus followers was quite unlike the fruit we see of today’s Believers. In the first few hundred years it was unheard of for a Christian to take another human life. In fact, we have no known record of such a thing occuring, even from Pagan sources. Today there are hundreds of such examples.

In the early Church it was unheard of for a Christian to ignore the poor. Today it’s all too common for the Church to spend billions of dollars on new buildings and pastoral salaries and large-screen plasma screens, and give less than 2 percent of the offering to the poor.

In the early Church, no one was coerced to tithe or to give anything. They gave freely and with gladness to care for anyone who had need. In fact, the Christian church didn’t institute a mandatory Tithe until nearly 700 years after Christ, surviving mainly on the charity of the people and being served by leaders who took no salary from the money received.

In the early Church there was no segregation of age, sex, race, music preference, ethnic background, or anything else. Everyone who named the name of Christ was immediately a fully functional and valued member of the Body of Christ.

In today’s Church we separate children from youth, youth from singles, singles from young married and young married from the elderly. We also separate from one another by theology, doctrine, practice, worship preference, race, and style.

In the early Church the followers of Jesus were simple, humble and loving people. They did not politically oppose the oppressive Roman government or pagan religions of the day. Instead they chose to rebel by living counter to their culture and learned to live radical lives of love within the community.

In the early Church, there was no one place where the Church could be located because they did not see the building they gathered in as sacred or holy. Instead, they saw that they, themselves, were holy and sacred by the Blood of the Lamb and the trasformative power of Christ.

In the early Church there was no one special day when they stopped what they were doing to worship God. Instead they gathered daily to break bread, fellowship, and devote themselves to the teaching of Jesus. To them, worship was seen as a way of life where each Believer continually submitted themselves to Christ as a living sacrifice.

In the early Church, Love was the only Law. They were not concerned in any way with amassing wealth, becoming politically powerful, changing laws, or selling products with their church name, cross, or scripture verse attached.

In the formative stages of this Christian faith it was the proof of concept that convinced people that the Gospel was true, and in spite of the high cost of following Jesus, many hundreds of thousands of people risked everything to identify with Christ.

The proof of a concept is something that must be demonstrated outwardly for everyone to see. If it cannot be demonstrated, it is rejected as false and another concept must be found which can accomplish the task.

Our lives as followers of Jesus prove, or disprove, the truth of the Gospel. When it comes to the Christian faith, people are looking for a proof of concept and, so far, they’re not very impressed by what they see. 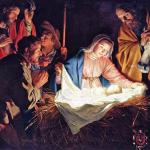 December 26, 2018
Incarnation of Love by Mary Emily Duba
Next Post 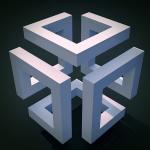