Doug Jones won a “stunning” victory in the Alabama Senate race. It was a stinging “rebuke” to Trump.

Those were the headlines following the raucous Alabama Senate runoff on Tuesday.

Is it also a big moment in American politics? A moderately important moment, to the extent that it shifts the balance in the Senate, and makes it that much easier for the Democrats to win a majority.

But I suspect that the headlines, like a lot of the commentary on the race, nationalized and therefore overinterpreted the race. Most of what happened can be understood within the frame of state politics and this very peculiar race.

During the Republican runoff, conservative politicos in Alabama (tepidly) supported the tainted Luther Strange because they were worried that Roy Moore couldn’t beat Doug Jones in a general election. That was long before there was any whiff of scandal around Moore. Moore barely won his last race to become the state’s Chief Justice.

The accusations against Moore (that he made sexual advances to teenagers) hurt him in Bible belt Alabama. Some Republicans voted for Doug Jones because he seemed the moral candidate. (Reliable, informed friends tell me that Jones has been married three times, though that’s surprisingly difficult to confirm.)

Once the women came forward, the race was about that. It was hard to find any discussion of policy. Moore tried to turn the election into a referendum on abortion or gay marriage. It didn’t work. Moore refused to debate, and oddly spent a lot of time off the campaign trail.

Some Republican voters stayed home. Trump got 1.3 million Alabama votes in 2016; Moore got 650,000. Presidential races always attract a bigger crowd, but how many decided they couldn’t cast a vote for either candidate?

Some may have made a calculated political decision to vote Jones. Hi term is truncated. Republicans will have another shot at the seat in two years, and it’ll be easier to unseat a recently-elected Senator than keep a seat held by the rambunctious Moore.

One cannot discount the role of the media. I’m not a media basher, and I found the Washington Post report on Moore’s accusers credible (though doubtless politically motivated). But a lot of lies were told about Moore (e.g., that he molested 8 or more teenagers) and he was pilloried, as he has been for a long time, for bluntly stating views that are standard fare among conservative Christians.

Besides all that, the Senate threatened to put Moore through an ethics hearing, which would have kept the hubbub going for another two years. Perhaps Alabamians simply voted to get this horrid thing over and done.

This wasn’t the most important election in the history of the Republic. I’m skeptical that it signals much about the future of Trump or the overall direction of Alabama politics. And it’s a temporary divergence from Alabama redness. Most likely, Jones’s Senate seat will be back in Republican hands in  two years. 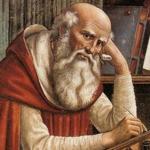 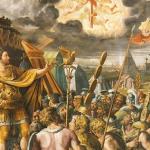