Trans Invisibility: An Interview With Our Friend Eli 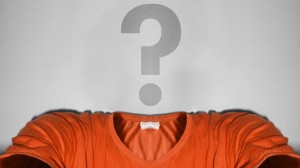 How often do we really recognize full diversity of experience, expression and identity encompassed by the acronym LGBT (Lesbian, Gay, Bisexual, Transgender– and increasingly Queer: LGBTQ)? When we refer to this community as it is some kind of monolith, who gets ignored?

I’m joined today on the blog by my friend Eli, who is trans, to talk about the T in LGBT. He’ll be the first to tell you that he doesn’t speak for the entire trans community, and that his experience is innately unique. But like any experience, it’s valid. And I imagine it will resonate with many others, in and outside the trans community, who have been made to feel invisible.

Often times the term LGBT is used when, really, we just mean LGB. In other words, we’re talking about things exclusively relating to sexual orientation (being lesbian, gay, bisexual, etc.) and not gender identity (the T, transgender). Looking back at my own writing, especially the early stuff, I know I’m as guilty of this as anyone. What are some of the effects of that particular oversight?

This oversight, as you call it, is what I would consider to be the number one contributor to the invisibility I experience as a transgender individual as well as a member of the larger transgender community. For example, while self-identified advocates for “LGBT rights” may be fighting against cultural heteronormativity* (as well they should be), those same people have most likely never even considered that cisnormativity** may be a thing, much less a thriving reality.

The inclusion of the letter T in that acronym is incredibly hurtful to me. Because, you see, using the acronym LGBT allows an individual the peace of mind of having covered all their bases on the representation front. Generally speaking, though, folks don’t know the first thing about what sort of language is appropriate (or sometimes more importantly, inappropriate) when addressing or speaking of trans individuals.

Can you give me an example?

A very specific and painful way in which I have felt the effects of this oversight was in my church. This congregation is part of the denomination in which I grew up, and until this winter I had been an involved regular attendant there for upwards of five years. About a year ago, the congregation decided to become an openly affirming, inclusive, and hospitable space. While the official statement that was voted upon touches on many categories humans put one another into (socio-economic status, immigrant status, marital status, to name a few), the statement was written with the intention of reaching out to “our LGBT neighbors.”

Regarding the LG neighbors, including some members of this particular church, the congregation held numerous well-stewarded conversations and discussions. Grace was given and received on all accounts. I will note that, to my knowledge, bisexuality was never touched upon. And I don’t even remember hearing anyone even say the word “transgender.”

However, this statement included the words “gender identity” in outlining the “all” in the phrase, “all are welcome.” Which I was excited about! Until, a few months later, I started coming out as trans: friends, lay leaders, clergy, and simple acquaintances alike did not respect my self-identified name or pronouns. What hurt even more was that these folks seemed to not even know how to ask questions or start conversations in order to be able to respect my name and pronouns.

When I began bringing up this hurt, and the issue of my invisibility at church, in more explicit terms, I was met with shrugged off answers like, “it will take time,” and, “you just need to continue having those conversations.” While my church had spent close to nine months brainstorming how to include its “LGBT neighbors,” it had really only fooled itself into discussing the LG neighbors. It seemed that of all places, this congregation should have been a safe place.

I finally left this church at the beginning of January. I consider the use of the letter T in the acronym to be a major player in reasons why my congregation couldn’t even get a grasp on how invisible they continually pushed me to be.

2014 was touted by some as a breakout year for the visibility of the transgender community, with TV shows like Transparent and Orange is the New Black, public figures like Janet Mock and Laverne Cox, and tragedies like the suicide of Leelah Alcorn. Do you feel like we as a society are recognizing the concerns of the trans community more?

All the cases of trans-visibility that I listed above– the tv show subjects, the public figures– they’re all women. Where are the stories about trans men? Why do you think public attention has not turned to the experience of trans men as much as to trans women?

I think that, for whatever reason that is unbeknownst to me, the narrative of the trans woman is easier to swallow for the everyday media consumer. I consider portrayals of the trans experience from just a few years ago, like Transamerica (2005), and see an even more specific version of what it means to be trans: an incredibly binaried story of transitioning from male to female, explicitly including every hormone therapy and surgery that is available, in the season of being middle-aged. The fact that Leelah Alcorn’s death, as a teenager, made news is evidence of society and the media slowly branching out.

Trans men and trans guys do exist!! And I know some of their stories – they’re my friends.

In addition: genderfluid, genderqueer, gender non-conforming, gender-variant, agender, and non-binary trans folks exist, too! Their representation is so incredibly limited that the majority of people advocating for diverse media representation don’t even notice the absence of these folks.

Where do you think we need to go from here? How can cisgender folks like myself do a better job of engaging in conversation that doesn’t end up marginalizing the transgender community?

Speak honestly and with integrity. If you catch yourself misusing the acronym, stop and correct yourself mid-sentence. Language is an enormous, ongoing battle for trans folks — one that all too often feels very unconquerable. I am correcting people, both strangers and best friends, all the time with the language they use to address me. It is an exhausting fight. Help us, help me, to carry this burden.

*Heteronormativity is the worldview that promotes heterosexuality as the preferred or normal sexual orientation.

**Cisnormativity, likewise, is the worldview that promotes being cisgender (when one’s gender identity aligns with the gender assigned at birth) as the preferred or normal gender identity.

April 13, 2015 “Am I a Bad Christian for Loving My LGBTQ Child?”
Browse Our Archives
Related posts from Love is an Orientation

Into Turkey-- Part Fourteen
Laodicea, as you may remember comes in for some heavy criticism in...
view all Evangelical blogs
Copyright 2008-2021, Patheos. All rights reserved.
Close Ad