My Deconversion Was Colored By a Sense of Betrayal

My Deconversion Was Colored By a Sense of Betrayal November 3, 2017 Kaveh Mousavi

When I deconverted from Islam, it took me a while (a short while, but a while) to become an outright atheist. I knew that I was going to be irreligious, but I was somehow agnostic about the existence of a god, because my deconversion was motivated by moral rather than rational reasons, but as I began thinking up and looking up arguments about god, I discovered that the main emotion I associated with deconversion was a sense of betrayal.

I don’t know about others, but for me, the journey of deconversion out of Islam was mainly a journey marked by feeling betrayed by my society. 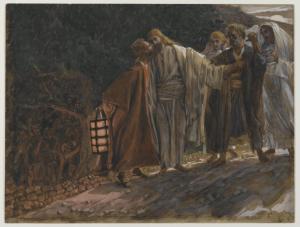 Let me count the ways:

1) You find that out that you have been presented a censored, one-sided image of the world.

Atheistic arguments are old. Bertrand Russell’s Why I Am Not a Christian, for example, was written in 1927, and some of these arguments date back to ancient Greece. But any person born and raised in a deeply religious or theocratic society has to rediscover them as entirely new concepts.

In my lessons and classes and lectures and on TV and in books, I had read the arguments in favor of a god a million times, they were drilled into my brain, but no one, not a single teacher, had informed me that someone, definitely many people, had come up with counter-arguments, that they were not universally accepted, that they were not very good arguments to begin with and you could destroy each of them in a single paragraph with some clarity of mind. They wanted me to believe in god, and they had never let me know that they are showing me only one side of the debate.

This is the first reason that you feel betrayed: you were kept in the dark, and you were lied to by omission of the truth.

2) You realize that your emotions were manipulated.

Fear of Hell? Check. Tying religion to a sense of community? Check. Emotional blackmail by pretending that your private beliefs are hurting other people? Check. Constantly being bombarded by emotional appeals regarding the religious tenets? Double check.

I know that many people find a comparison between religion and an abusive relationship problematic, but the similarities are undoubtedly there. In both cases, it is implied to you through systemic and thorough emotional machinations that if you try to find your own path and your own voice in life, you are committing a heinous act, that you belong not to yourself but to the entity that is manipulating your emotion, the partner or the religious community.

It’s easy to recognize this abusive process once you finally step outside of it. It is clear to you that it was not, for example, natural or moral to make a child cry for a religious figure who was killed in a war 1400 years ago, that people crying offense and hurt feelings over your deconversion are not sad about their own boundaries being violated, but they have actually declared your heart and mind as their own territory by doing so.

It is hard not to feel betrayed by that.

3) You are ostracized through no fault of your own.

When I deconverted, a teacher in my high school told me “there are so few atheists in Iran that statistically you are on the margin of error. There are no atheists in Iran”. And while studying MA a university professor told the class that in Iran people are defined by their faith, therefore atheists are not considered as part of people. Once you lose your faith you realize that the society wants to make you feel like a complete outsider. Of course, few people are as open about it as these two teachers I had. But the feeling of total exclusion is unmistakable.

A society usually ostracizes its traitors. But I believe in this case you are not the traitor, the whole society is. You did not sell your country, your country sold you.

Again, it’s impossible not to feel betrayed in this situation.

There are many more aspects to it, obviously, but generally this is why I feel betrayal is the most natural emotion when it comes to deconversion for people like me. 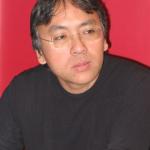 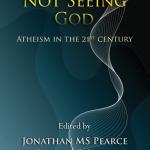 December 9, 2017 I'm In a Book!
Recent Comments
0 | Leave a Comment
"I like it. so nice.https://bestkid.ir/%d8%a2%d..."
Mariam Why Trump Is a Potential Tyrant: ..."
"yes, you are right.I think so, that.https://bestkid.ir/%d8%aa%d..."
Mariam Iran students face expulsion from Norway ..."
"I use ir.thanks a lothttps://jalebamooz.com/mobi..."
Mariam The Sin of Joy
"Excellent thank youhttps://robeka.ir/"
Robekair Tafrihi The Sin of Joy
Browse Our Archives
get the latest from
Nonreligious
Sign up for our newsletter
POPULAR AT PATHEOS Nonreligious
1