Finally, here’s the fourth post in my series on the media stereotyping of Muslim women. It was an absolute joy to speak to these phenomenal women and it was so exciting to pick their brains. If I had the power, I would have invited everyone for a massive party.

As I’ve pointed out throughout this series, these blogs and social media personalities are resource-mining and community-building. They are story telling with authentic voices and encouraging the creation of positive narratives. They are disassembling popular media stereotypes and creating discursive spaces to grapple with the current reality of growing up Muslim in an era of Islamophobia.

As a mother trying to make sure my two daughters grow up surrounded by images of strong, empowered, diverse Muslim women — these positive narratives are invaluable. They combat the internalization of negative portrayals by providing alternatives, by creating a positive popular culture of Muslim women, and by reframing the image of the Muslim mother.

This is only a sampling of the phenomenal voices out there — so if you know of someone, or ARE someone that is making positive impacts, drop a link in the comments below!

Hope you enjoyed this series as much as I enjoyed presenting it. 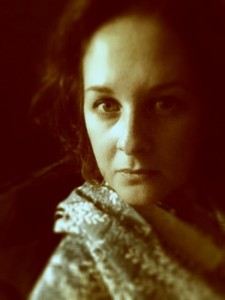 Blogger extraordinaire Amanda Quraishi is a mother, American Muslim Progressive, Liberal, Feminist, Generation-X Humorist, and Geek. She uses her blog Muslimahmerican to write about the American Muslim experience as well as liberal politics — sharing her opinions with over 15,000 followers.

On the question of mothering positive images of Muslim identity and combating stereotypes, she says she is committed to the idea that individual Muslims should represent all of our unique traits and fascinating human variations:

And this is the best way to combat stereotypes. No one Muslim woman can speak for all of us, but we can all represent ourselves authentically and in doing so, we let people see us as we are: a multitude of Muslim identities instead of a single, monolithic community.

The piece to read: Enough with the “Veiled” References. 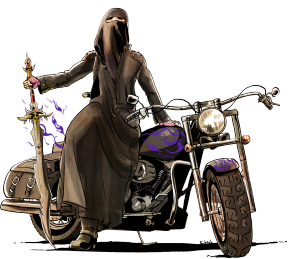 Fellow Canadian and steampunk enthusiast Zainab bint Younus, aka The Salafi Feminist, has been writing for as long as she can remember. After pouring everything into journals, she started blogging as a frustrated teenager with too many frustrations about the Muslim community to keep to herself — and has since evolved, recognizing there are ways to empower Muslims to seek nuanced, intelligent avenues to create positive change.

When asked about how she defies stereotypes through her writing, Zainab tries to encourage and exhibit the idea of wholistic Muslim women:

…real women who face difficult and often dark challenges, but who draw upon strength of faith and good character to face them, while recognizing and embracing the humanity of their own weaknesses.

I write a great deal about women from the earliest days of Islamic history who defy the stereotypes and negative assumptions about Muslims today. Turning back to real-life examples of women who weren’t afraid to be themselves, and striving to live my life with similar authenticity, is one way that I hope counters the image of silent, passive, helpless, or weak and brainwashed Muslim women.

The piece to read: The Ideal Muslimah: Muslimah Montage. 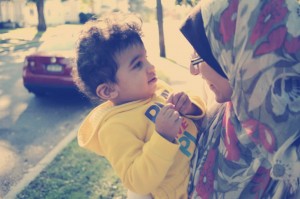 Grow Mama Grow is a group blog geared to creating a community for Muslim mothers, and includes posts on just about everything relating to motherhood: from encouraging children in the mosque, creating spiritual goals, dealing with work-life balance, to coping with mommy wars and being the “perfect mom.”

Familiar topics in any online parenting community — but with a Muslim flavour.

I spoke with one of their writers, Marwa Aly, a blogger and awesome Muslim Chaplain who trains people on how to give khutbahs! She joined Grow Mama after giving birth to her daughter — as a place for her to celebrate this new chapter of motherhood.

She shared with me that:

A recent survey conducted in 2011 showed that 52% of Americans have never met a Muslim. That’s more than half of the country. That’s scary… And that’s probably why they think we are scary.

And through her writing, she works hard to explain universal human struggles that many people encounter regardless of religion — and tries to make it relatable for internet savvy Muslim mothers living in the West:

What’s important though, is that I try to find solace, solution, and serenity through Islam. It’s because of Islam that I can find the patience to endure trials and understand pain in the context of a bigger picture. I think many people, whether Muslim or not can relate to the material on both blogs.

The piece to read: Breaking my Wings. 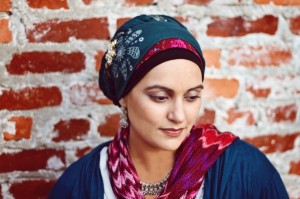 Faiqa Khan is a writer, wife, mom, podcaster and brown person that you rally want to know — at least, according to her byline. She blogs over at Native-Born and has a wealth of awesome information at her place. On everything from politics to social diversity in the United States.

Faiqa started blogging to share her ideas about parenting and her multuicultural identity within the context of being an American — and soon realized there were no cross cultural conversations happening in this space and endeavored to fill that void.

And through all of her interfaith dialogue, she takes a simple and awesome approach to combating stereotypes:

I take the easy way out. I simply am a positive Muslim woman. I attempt to be merciful, understanding, polite, hospitable, conscientious of others feelings, kind and pleasant with other humans (and animals!). These are lessons that every child Muslim or not learns, I think, but these are requisite to practicing our faith. In short, I write about my life and by virtue of who I am when I am on my best behavior, I feel that the message of the downtrodden Muslim woman is negated.

The piece to read: Rewriting the Headlines: the murder of Shaima al-Awadi. 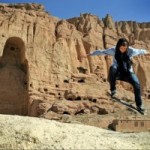 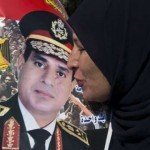 February 19, 2014 In Love with the Army: Media Images of Egyptian Women
Browse Our Archives
get the latest from
Muslim
Sign up for our newsletter
POPULAR AT PATHEOS Muslim
1