The world is ending (yes, again….)

A couple of days ago, I read with interest an article in the Huffington Post that indicated some Utah Mormons are actively preparing for the end of civilization which they believe is imminent.

According to the article, they believe the end of September will bring about a host of calamities, all of which we have heard before in other end times predictions. This new incarnation of an old set of beliefs is allegedly partly based upon the writings of a Mormon named Julie Rowe who has written several books describing her claims of having seen heaven and receiving visions and prophecies of future events.

Without reading her books, I can make some predictions of my own. I predict her prophecies and visions describe vague events, calamities, and dangers, none of which will make sense until something happens that believers can shoehorn into one of these prophesies as “proof” a prophecy came true. Sound familiar? It should as it is an old, established pattern.

Remember Harold Camping? H was that guy who convinced himself and his followers the world was ending on May 21st, 2011 and who deceived a whole host of frightened followers into planning for their imminent deaths. When May 21st came and went without incident, he declared that some sort of invisible rapture/judgement had taken place and he rescheduled the apocalypse for October 21st, 2011 which also passed without incident. In the months and years leading up to this time, this person was tricking followers into selling all their possessions while his ministry collected millions in donations.

But at least the rapture parties were a good time:

Amazingly, a quick Google search of “21st century failed prophecies” yields dozens of them and they are a fun read. Of course, in this century, the granddaddy of all failed prophecies was about the year 2012, the year that was supposedly predicted as the world’s end on the Mayan calendar. While I have not done much research into what the alleged prediction was actually about, I know our culture had deeply absorbed this myth and there was real unease leading up to the end of 2012.

It’s tempting to make jokes about these things and dismiss them but in fact, belief in these things brings real harm to real people. When I was a kid, I recall seeing a program on television called The Man Who Saw Tomorrow which aired around 1981 and was a “documentary” based upon an interpretation of selected writings of Nostradamus, that long discredited seer, that supposedly claimed the world was going to end in the late 1990s. I had nightmares for months after watching and spent weeks trying to stockpile food and water in my closet. I wasn’t physically harmed in any way and eventually shed my fear, and yet this is something I’ve remembered my entire life. Some of Camping’s followers, however, took that anxiety a lot further and not only sold everything they had, they took their children out of school on the grounds that educating them was a waste of time because the world was ending. Based upon the anxiety and dread I experienced after watching a stupid TV show, I can’t imagine how these poor kids, with authority figures who totally bought into the idea that their horrible deaths were imminent and who lived in dread every minute, coped with the anxiety and stress and I wonder how they are coping today.

The ironic thing is that human civilization is in real danger from climate change and other factors that may yet still be mitigated with good planning and decisive action. However, when predictions based upon science end up with less credibility among those in power than meaningless nonsense derived from a book of stories and other mythological sources, it becomes difficult, if not impossible, to change course. When those in power believe that civilization’s destruction is exclusively in the hands of the whims of a mystical man in the sky, it makes even an atheist skeptic like myself want to dig out the bunker and stockpile the freeze dried mac and cheese. 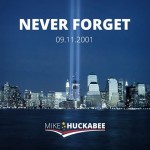 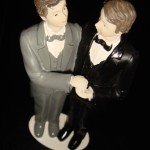 September 17, 2015 Bake a cake and be religious, too!
Recent Comments
0 | Leave a Comment
"recently ol' Luke tried the "indentured servitude & not at all like the slavery of ..."
al kimeea “Is the Atheist My Neighbor?”: A ..."
"he's still at it"
al kimeea “Is the Atheist My Neighbor?”: A ..."
"As a general requirement? As a specific requirement?Nobody should be able to get a degree ..."
HematitePersuasion The Psychology of Religious Nonsense
"This is odd... an atheist speaking about Princess Leia, as if she was real or ..."
roberto quintas Disrespecting Princess Leia
Browse Our Archives
Follow Us!