Time Heals All Wounds ~ Part 10: It's in the Lord's Hands 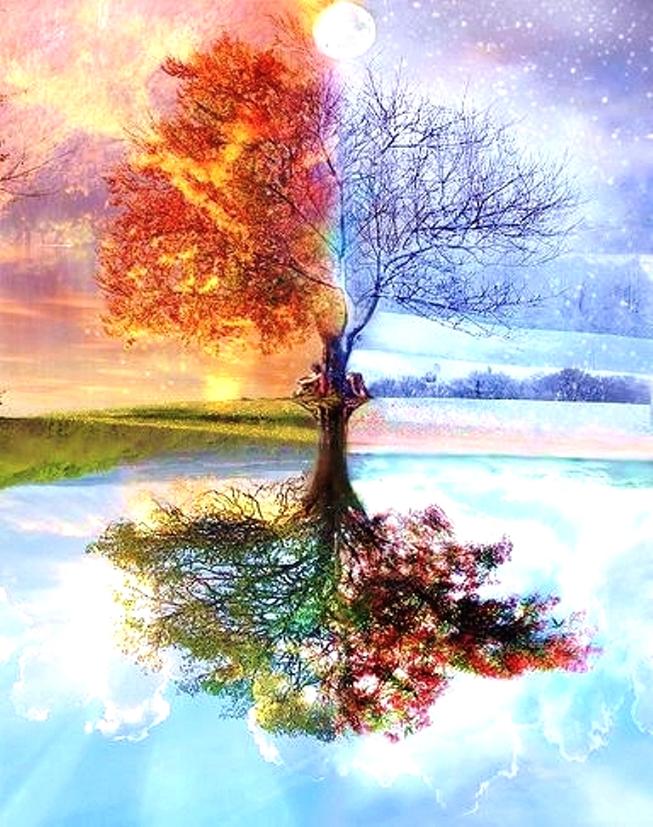 I walked over to the phone, and dialed Cecilia’s number. My first thought was that it would possibly be disconnected, but who knows, maybe they finally moved. Cecilia always talked about how the time would come, and their house would be demolished, and then they would have to move. They were living rent-free in an old farmhouse. Someone had blessed them years ago with a property. They had to care for it, and in return they could live there for free, but once the owner passed away, they’d have to move.

I have seen this in church many times, the family with the 8+ kids, receive box loads of children’s clothing for their children. They get free food dropped to their doorsteps, their mortgage paid for them, or they get a blessing of not having any mortgage at all. Do people feel sorry for them, or are they really the “chosen ones”? I know I should not be questioning these things, but sometimes I do. It seems, to me, like the most legalistic people I know are the ones who get enormous blessings.

Anyway, the phone rang three times, and then someone picked up, ”Hello, whom may you wish to correspond with please?”

Nervously, I paused for a moment, froze really. This must be one of Cecilia’s delightfully robotic daughters. “Yes, this is Shelly.” I managed to let out.

I then heard once more, “Whom may you wish to correspond with please?”

I then said as usual, “Hi, this is Shelly, is your mom there?”

As usual, there was nothing personal about the way Cecilia’s daughter answered the phone. It was very cold, not particularly friendly, and I thought for a moment whether I should just hang up.

But before I could think another moment, I heard a familiar voice. “Oh Shelly, How have you been? We have been thinking about you so much lately.”

I tried to remain optimistic, and told Cecilia how much I too, had been thinking about her family. I tried not to do too much talking, really wanting to listen to all she had to say to me. She asked me how my children were doing, so I brought her up to date. I told her that I was expecting again – number five!

Cecilia seemed very happy to hear about my growing family, and told me that her family was also expecting once again, number thirteen now! Wow, it looked like there was still a slight competition going. Of course this could all still be in my head, and probably was.

I asked when her baby was due, and Cecilia said, “Any day now.” She then asked me for my address and phone number. Not that it had changed, I thought to myself.

I was feeling slightly hopeful though. Perhaps Cecilia would start writing, or calling me on a regular basis. Maybe with an explanation on why she had given me the cold-shoulder for these past few years. She asked me how we liked living down South. I told her I did not like it at all, and longed to be back home.

I told her at first, things were great, but now I did not like the area. There is a lot of prejudice, the whole Yankee verses Rebels thing. And, for being in the Bible Belt, it was very hard to find a good church.

Cecilia then said something that I could not quite figure out. She told me that she knew we would not be happy once we left the North. She then began to tell me everything that was wrong with the South, particularly, the state in which we lived.

Strange as all this was sounding, everything that Cecilia mentioned to me, was indeed, all true. I started getting somewhat annoyed by all this. Why was she sharing all this with me now? It was beyond me. Why didn’t Cecilia ever speak up before this? This seemed terribly rude of her!

I immediately changed the topic, and asked her how their house was holding up. It was a very old farmhouse, which was set on a 500-acre farm. All they had to do, was maintain it, and in exchange for maintaining it, they got to live there for free. Such a huge blessing to not worry about rent, or mortgage. And yes, I am envying it a bit more now.

Cecilia then mentioned that they were in the mist of praying on where the Lord would have them move. I asked why, and she told me that the owner finally passed away, and because the property was being sold to developers, it would soon be demolished, and they have to be out in a few months.

They had lived there for so many years, and I couldn’t help but feel sad for them. I told her how nice it would be, to go back up there, and help them all pack, just as they were so helpful to us when our family moved.

Just as I was going to mention that we too, were praying about a move. Cecilia told me, that they were praying about a possible move to Pennsylvania. I burst out with a very inappropriate Shelly-belly laugh! Leave it to me to always stick both feet in my mouth. Some things never change, I guess.

I told her that we too, were planning a move, and that move was to Pennsylvania!!!

Cecilia did not make much of a comment, but did mention a particular area in Pennsylvania that had a great church. She had mentioned this to me in the past too. A church where everyone home-schooled their children and ladies were not allowed to work outside their homes, per Titus 2.

I asked her if that would be the area that they would consider moving to, and she said they would move to wherever the Lord would have them go. I then mentioned the area in Pennsylvania where our family was planning on moving to. Cecilia delicately chuckled, and told me that maybe we would be seeing each other again soon.

We both shared a laugh, and she mentioned again, how much her family missed fellow-shipping with mine. For that moment, it all came crashing back, I missed her! What was with me? I thought I was over this? And with that, she told me that she needed to go and thanked me for calling her.

I hung up the phone and sat down on the sofa for a while. I thought about the possibility of reconnecting with Cecilia’s family. I also thought, what a coincidence it would be, if both our families ended up in the same state, once again…

It has been a month since we spoke on the phone that afternoon. I just received a picture card in the mail with Cecilia’s family, including her new bundle of joy! I looked at the picture, noticing that Cecilia had another boy. There was no letter, no personal note, just the one picture of Cecilia’s growing family. I took the picture, and placed it on the mantle, if nothing more, then to remember the good times that my family shared with hers, and as a way to remember to pray for them.

And who knows, it is in the Lord’s hands, to whether we will ever cross paths again with one another. One thing is sure though; I will be wearing the full armor of God, and will NOT be deceived into thinking that following a bunch of man made rules, will lead to righteous holiness.

September 28, 2010
Listen to Vyckie Garrison on the Snap Out Of It! Show
Next Post

October 4, 2010 10 things that happen when you leave the Quiverful/Patriarchal movement
Browse Our Archives
get the latest from
Nonreligious
Sign up for our newsletter
POPULAR AT PATHEOS Nonreligious
1

Beach Reach: What It's Really About
Roll to Disbelieve
Related posts from No Longer Quivering

Bad Atheist Arguments: “Religion is a Psychological Crutch”
Emotional arguments, manmade vs. invented worldviews, and believing because it makes you...
view all Nonreligious blogs
Copyright 2008-2021, Patheos. All rights reserved.