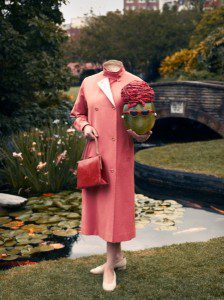 Peevish men, wives who watched every word and worse they really embraced the submission beliefs. The wives would gripe very rarely about their husbands and the work and if they did they were sure to say that they weren’t in disagreement with the system, ,merely letting off a little steam.

The women were just as much true believers. This isn’t as I first thought/hoped in that Patriarchy can be a humane system for women. Instead I realized that there will always be those who for varying reasons, become ardent followers of movements which harm them. There are women who will accept or even come to love degradation if it comes approval and “love”. Look at people in cults or “mamas” in outlaw biker clubs. Sadly, this could be said of women in even the “softest” of patriarchal circles. They gave up so much for so little.

I realized that now but back then I always felt guilty for such negative thoughts after all these were sincere Christians and we believed the same basic principles even if we had varying ways and interpretations in our attempts to practice patriarchy.

The women had the greater burden in making sure that their was “order in the home”. Sure the man was in charge, but every every proponent of patriarchy was quick to point out that the wife was a pivotal player. She had power in that she could hinder her husband or wear him down therefore it was equally if not even more important that she submitted to her husband and encouraged him to lead.

There was nothing worse than a woman who was “out of order”. There had even been men who had been kept back from being a pastor if they couldn’t keep their wife in order. A haughty spirit, anything that tinged of being a B**** was enough to fall under the dreaded label.

A husband on the other hand was judged for the most part, on other things; his theological take on certain issues, his vision for the church. As long as he didn’t beat his wife or was overly cruel, he was not judged on how he loved his wife as Christ loved the church. A wife had to respect her husband with a capital R, but this expectation was not reciprocated when it came to the husband’s treatment of his wife. As I wrote before, men in our circle thought nothing of giving their wife a verbal dressing down in public in fact it was part of the culture. Nothing prolonged, a simple and terse correction, the way one would with a horse or a dog. It was not seen as mean or humiliating. Now,if the wife dared to do the same to her husband…I’m sure you understand ~ Smile

An overriding dynamic, one that ruled a woman’s life in our circle was that she should not “be out of place” .ie a non submissive wife. This permeated all things whether it was during church service or at a get together. I remember during church, right after service, but before we were dismissed for lunch, the men launched into an impromptu discussion. All the women kept silent, after all we were still having church, however a visiting couple was also present. Wife was very opinionated and at times, could be abrasive, even by “real world” standards. She jumped right into the conversation with her opinions. Later, after the couple had left, everyone commented on how she was out of order and so on. Had this been the wife of one of the regulars who did this on a regular basis, the husband would have certainly been spoken to. It was one thing to talk in an informal conversation, unlike some groups, women were allowed to discuss things and offer an opinion in such settings. To do so during church or to jump in when the men were discussing church matters and making decisions was a different thing altogether.

Even in informal settings, I realized that a woman had be mindful of her place. That meant not only being a hostess when called for, but being mindful of not only one’s husband, but the other men in the group. Thus, it was better to wear skirts at social occasions in consideration to those men who believed women only wearing skirts. Sure they knew that we all had different standards around the house, but when getting together, we did not want to give offense.

Rules, rules, rules. I rushed in a believer, but secretly I hated the spirit of it all sometimes…

May 29, 2012 Who Was That Masked Man? Part 5
Recent Comments
11 Comments | Leave a Comment
"This is late, partly bc of my preoccupation and partly bc I'd been slowly reading ..."
Jennifer Serena’s Serenity – Luxury Hotel, Birthing ..."
"Thank you for your commitment to truth and love, Suzanne. Best wishes to you and ..."
Meredith Anne Not a Goodbye, More of a ..."
"For what it's worth, I've learned a lot from you about a Very Creepy movement ..."
Gwen Pryce Not a Goodbye, More of a ..."
"Unfortunately, this kind of satire (if it even is satire) is what gives Christianity the ..."
Emily Is Biblical Gender Roles a Big ..."
Browse Our Archives
get the latest from
Nonreligious
Sign up for our newsletter
POPULAR AT PATHEOS Nonreligious
1