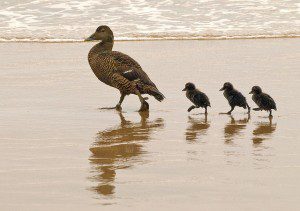 A while back Libby Anne from Love, Joy Feminism had a inspired idea to run a series on her blog called Raised Quiverfull. The way it worked if you’re not familiar with it was that she posted a list of questions asking readers to write in and share what life was like being raised in a Quiverfull Patriarchy Fundamentalist home. An impressive array of folks responded to her multi part questionnaire and it made for some of the most revealing and interesting reading on the subject of Quiverfull.

Then Sierra came up with the theme of The Sexuality Project on her blog the phoenix and olive branch. Open to anyone that wished to participate that had been involved with the world of fundamental churches. The Sexuality Project was also a fascinating read, a peek into the formation of critical ideas of sexuality and religion.

Both series are excellent and eventually we’ll be publishing both in their entirety.

Lately we’ve had a number of writers take on the subject of parenting starting with Latebloomer of Past Tense Present Progressive critiquing Reb Bradley’s book Child Care Tips. I wrote about my rejection as a baby Biblical Patriarchy QF Christian of the book To Train Up A Child by Michael and Debi Pearl. Kristen Rosser of Wordgazer’s Words finished it up with wise words on parenting.

Since parenting is one of the most important things we can do as humans because it not only affects our family but it affects society at large it’s important we think about it, discuss it with others, exchange ideas, goals.

I’d like to do a series on Parenting, the parenting you received, how you parent and what changes you’ve experienced through the years.  I’d love it if you, dear reader, would consider participating!  Share as much or as little as you’d like. Answering all questions is optional, just answer to whatever your comfort level is.

The questions will be posted over the course of the next week and the answers are due by Thanksgiving Day, Thursday November 22nd.  You can them either pasted into your email or as a text file, whatever is easier for you. Email them to me at CaluluNLQ@gmail.com. We will start posting them up here at NLQ shortly thereafter.

1.  Introduce yourself, sharing as much or little as you like.

2.  What religious influences were you raised in?

3.  Do you have children and what ages are they?

The next batch of questions will be concerning childhood and the parenting style used.