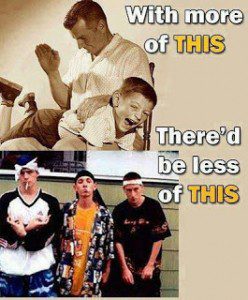 Ok.  I am finally coming out!

I’ve been wanting to do this for a very long time.  It won’t be much of a surprise to many of you since I have posted links to articles that reflect my leanings on this subject, but now? I am coming right out and saying it.

No, I’m not gay, agnostic, or atheist.  I am not leaving my husband or my church.  I am not ‘coming out’ in support of Obama (bet some are most relieved about that one!).

If you were hoping for something ‘juicier’, sorry to disappoint.

What this….’coming out’ is about, is that I am now emphatically and unapologetically OPPOSED to the use of corporeal punishment…better known as ‘spanking, beating, whipping, paddling, smacking, popping or whatever term preferred for hitting one’s child or anyone else’s as a means to ‘discipline’.

After rearing 8 children under the dogmatic belief that ‘sparing the rod’ meant you ‘hated’ them, I finally had to acknowledge to myself what I had always sensed, “This just isn’t right”.

I don’t ‘hate’ my children for questioning whether the literal use of a ‘rod’ to beat them is really what is meant by the verses that seem to indicate such.

One could certainly make the case that I could ‘hate’ them if I willfully neglected to discipline and correct them at all but I don’t believe that ‘beating’ them is the only biblical way to accomplish this.

I can say with all certainty that each and every time one of my kids committed some wrong considered a ‘spanking’ offense, though I dutifully, resignedly obeyed the ‘biblical’ dictum, I NEVER felt good or even ‘right’ about it.

If there is no question that the scriptures clearly required the committed, loving parent to apply a literal ‘rod’ to their disobedient child’s body, then why did I struggle so to carry it out?

I most always dismissed this feeling, falling on ingrained accusations that “it was my rebellious spirit warring against the ‘Truth’”, so, while they were very young, I would usually go ahead and spank them.

But as they got older, it was increasingly more difficult to follow through with it, so I would usually back down and consider it an act of mercy.

It would go something like this:  Kid commits offense, I call him/her to my bedroom after locating some kind of ‘beating’ apparatus, then scold and lecture and declare my determination to administer appropriate licks.

But something about looking into their faces, seeing their resignation, sensing their humiliation and somehow knowing in spite of all the ingraining, that this act really had nothing to do with discipline.

It was about mechanically following a practice–tradition, if you will–established by generations of ‘spankers’ before me and none to my knowledge ever really questioning whether it really was so biblically sound.

At this point, I had rejected the practice of spanking older children and teens. (Ironically, I have since learned that if there were any biblical basis for spanking at all, it was ONLY to the older, incorrigible boys-never girls, and applied by a ‘rod‘ to the fool’s back.  There is absolutely NO support for administering it to the buttocks! So, that means a major component of the practice is extra-biblical at the very least!)

By the time my youngest reached 12 years of age, I just couldn’t bring myself to do it.  I can even remember the last time I tried:

He had been becoming more resistant of our efforts to correct him.  He was never really defiant, but more like stubbornly neglectful of doing what he was told.  Then when confronted, obviously suppressing anger and resentment.

The last time I called him into my room to spank him, he came in and just stood by the bed.  If he had truly been rebellious, there is no way I could have made him submit because he was as big as I was and much stronger.  But, he would never have fought me.

I appealed to his heart by telling him why I was so concerned with his behavior.  He stood listening, eyes welling up with tears,  and I knew then, he was struggling to understand more than I was.

I didn’t spank him then and never threatened to thereafter.  I couldn’t.  I was just smitten to the heart that day.

Of course, the old familiar guilt returned and hovered over me as usual, but it was one of those defining moments when I began to listen to that spirit within me that had I heeded it before, I probably would not have made the mistakes I did in the years before.

It wasn’t a quick fix.  The problems didn’t go away by my act of mercy that day.  But I believe the years following would have had a much graver outcome had I not begun with that change of heart.

Years later, while suffering consequences to some unwise choices,  he was able to share the cause of his repressed anger.  Apologies were made and the relationship between he, his dad and I was restored and renewed.  I doubt seriously this ever would have occurred had I ignored that small voice of hesitation and administered that religiously-sanctioned punishment.

So, that is only one story of the effects of our consistent practice of corporeal punishment out of our eight children.  Sadly, we didn’t exorcise that demon until that last child and incident.  All of our children have their own spanking stories.  Some were spanked more than others, though we didn’t practice it excessively.  But I refuse to minimize the ill effects in order to excuse our ignorance.

My troubled spirit that day, drove me to eventually allow myself to browse internet sites on the subject of corporeal punishment.  I discovered the http://www.nospank.net/main.htm#101
site and pored over the many articles, scientific studies and personal testimonies.  The information was compelling beyond resistance.  I then discovered Samuel Martin’s book, “The Rod and Thy Staff They Comfort Me, Christians and the Spanking Controversy” http://samuelmartin.blogspot.com/2012/05/pen-is-mightier-than-punch.html

I ordered it and read it.

His exhaustive study of the passages used to promote cp and additional information about the practice in Bible times as well as Jewish disciplinary practices was all I needed to be convinced.

Since then, I have read numerous articles and books on the subject from many varying ideologies and perspectives.  All have affirmed my conversion–even the pro-spanking ones.

So, with all the information there is available on the subject, I do not feel I can improve on what is already written.  With that, I will post links to the writings I feel make the very best case against the use of corporeal punishment as the only accepted ‘biblical’ method for properly rearing ‘godly’ children.

Mothers, listen to your hearts and open you minds….

This is important enough to at least warrant your consideration.

February 26, 2013 Quoting Quiverfull: Protecting The Sanctuary?
Recent Comments
6 Comments | Leave a Comment
Browse Our Archives
get the latest from
No Longer Quivering
Sign up for our newsletter
POPULAR AT PATHEOS Nonreligious
1 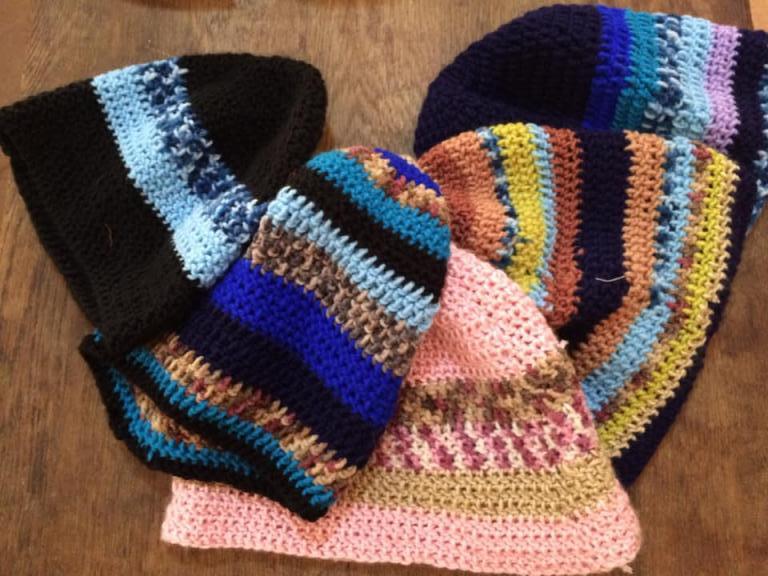