The Upside of the Downside of My Homeschooling 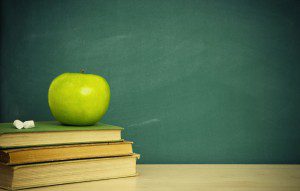 Growing up, I had very little concept of “school” in the traditional sense.

While we were not unschoolers or a family who did child-directed learning, we did not even try to bring school home. We were our own breed. In my elementary years we just did the ATI wisdom booklets, checked out tons of random books at the library, and did unit studies that centered on the scripture of the month. For example, if our verse that month was “blessed are the meek,” we studied stories of meekness in history, science, missions, and life. We did not even open up textbooks, other than in math and grammar, until I got older.

We had little to no testing. But if I made less than 100 on any assignment or test, I simply took it again. Answer keys were our substitute teacher. If I did not understand something, I would open up the teacher’s book and study it. The teachers books stayed in my school box, and I graded all of my own work.

Essentially I learned by cheating.

I taught myself to write towards the end of high school. I printed articles off the internet and copied their styles, their forms, and even rewrote their content.

Essentially I learned to write by plagiarizing.

I learned “culture” by reading the New Dictionary of Cultural Literacy for 30 minutes a day. An outsider of the family suggested this because I was so culturally and socially out of touch with anything outside Christianity and homeschooling.

Essentially I learned cultural and social cues by reading, alone.

My mom said that Saxon was too watered down. Saxon is used in “public school.” Therefore, it was inferior and “too easy.” (Remember, when I was 14, my mom had me in 4th grade spelling. But in math, they wanted it difficult.)

The problem was all the “more advance” curriculum had poor explanations. (My idea of fun is not for teachers to read me problems. *cough* ACE et. al.) So often we spent 3-4 hours a day studying the word problems on our own, trying to figure them out.

Essentially I learned algebra without a teacher.

In college I was shocked at how other students approached learning.

In my math course, when I did not understand how to do an advanced word problem, I just read the chapters on my own, over and over, for two, three, even five hours until it clicked. Then one of my classmates laughed at me and said, “the teacher could have shown you how to do that in two minutes.”

I learned how to write literary research papers by reading the university journal. When I did not understand the critical theory references, I looked it up. I quickly was studying upper-level ideas in the beginning of my college education.

My dorm room was quickly full of library books. Anytime I had to read a work of literature, I’d go and check out all the literary critics and read all their ideas. I was not checking these out to write essays. I was checking them to be my teacher, because I was used to teaching myself everything, and had no concept of discussing ideas with (or listening to) a teacher and other students. Once my teacher said I had plagiarized an idea; I explained the piles of books, and he laughed and said, “Maybe you should quit checking out books and just learn in class.” I was frustrated because I still was not connecting that I could learn by discussing ideas with people. (Even though never did NCFCA debate, this post resonated with me.)

I never let school get in the way of my education.  The classroom never stopped feeling like I was paying someone to tell me what to read. As much as I loved philosophy and literature, the process of school never felt natural.

When I moved to SE Asia, I found people a little bit like me.

I was teaching in an intercity middle school as part of my TEFL (Teaching English as a Foreign Language) program, and I was given two hints. 1) Don’t expect kids to take tests alone. There is no such thing. Kids take tests in groups of three or more. 2) Play games, games, games. Stay out of the books, and force them to speak English as a game.

Basically what we called cheating and playing, they called education.

School also started when the students got there and cleaned the classrooms, which varied day by day. It almost felt like we were at home.

I taught in a mountain village school one summer. The kids would often beg me to take them swimming in the creek. So we would. Then they would go home and change before going back to school.

On another occasion, I had spent the night with a school teacher. She insisted she take my bags back to my house before school. That turned into an hour sitting around on tree stumps with my friends. I kept shaking my head saying, “but school started at 8:30,” and she said, “the kids are in no hurry for us to get there.” And I thought, man, this lady sounds like my mother when she’d answer the phone first thing in the morning.

It’s tempting to only focus on the downside of these education techniques.

It’s tempting to judge people who do not fit into society’s box. I remain frustrated with the education system in SE Asia (at least, the country where I lived) because it is largely anti-intellectual, at least from my white-American-western perspective. However I also learned from the laid back culture, too.

I built relationships with kids, broke down the private-public life dichotomy that we celebrate in America, and learned that life is more than careers and books. Similarly, throughout my homeschool I developed deep perseverance and ownership of my education. If I had not taught myself to write, no one would have, and so I became my own lifesaver.

For all the downsides, there’s an upside, too.