Mom’s Cycle Was on the Family Calender 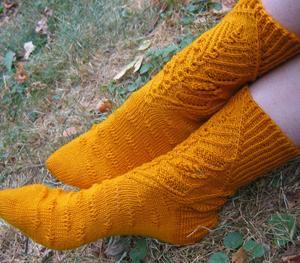 I did not realize it was a homeschool thing. Or just a conservative thing. Or unique to some families.

I thought almost every er family tracked mom’s cycle, and all the daughter’s cycles too.

Libby Anne recently wrote a post on Charting Your (Wife’s) Monthy Cycle. Here’s what she says:

[Michael Pearl] recently advised young husbands to track their wives’ cycles so they would know in advance when their wives were going to go all hormonal and ballistic on them—when it was their time of the month. Most of those who commented responded in horror to Michael’s suggestion, and I was horrified too—but in my case I was also struck by the familiarity.

My father tracks my mother’s cycle on his own personal calendar.

I read her paragraph two times just to see if I read this correctly. Does Libby Anne’s readers not find tracking your wife’s cycle familiar?

Every day I learn something new about other families. Because I thought EVERY FAMILY.

As a kid, my dad tracked my mom’s cycle on the family calendar.

There were a couple of reasons for this. First of all, Bill Gothard actually teaches this. And my dad got validation from Gothard (and as I found out from Libby Anne, from the Pearl’s too).

In his 1986 volume, Research in Principles of Life Advance Seminar Textbook, on page 170-171, Gothard suggests “that a man keep track of his wife’s menstrual cycle and use it as a reminder of the sufferings and death of Jesus, then quotes Isaiah 53:4-5. ”

Second, my dad told us that he needed to prepare himself for the worst. He used to joke around, “It’s day 20, it’s time for me to go out of town.” Folks, my mom’s period was on the DANG CALENDAR.

Oh, gosh, I was traumatized by it.

By the time I was a teen and had regular cycles,  not only would I not tell my parents when I was having my period, but also I would hide all evidence that I was having it. For example, if I left behind trash in the bathroom trash can, and one or the other of my parents saw it (which did happen, and yes mom watches the trash can apparently), I would be mocked and teased.

So I had to get better and better at hiding it. With the small house and number of people, I’d have to sneak out to dump my trash in the middle of the night because during the day, I could not get the trash out of the house without somebody noticing.

Literally, I was terrified that one of my parents might discover I was having my period because I did not want to go through what my mom did.

Every time I was stood up to my mom, Dad asked if I was having my period (as far as this goes, Mom would too). I would want to smack him back and say, “No, Mom was really rude to me.”

Then he’d just say she was having her period, and I should be more nice.

So Libby Anne’s post reminded me that maybe this is crazy logic coming out of certain families, or from certain teachers, such as Bill Gothard and Michael Pearl. But maybe it’s not everyone.

What did your dads do?