BJU: The Abused are Being Silenced…

BJU: The Abused are Being Silenced… March 3, 2014 Suzanne Titkemeyer 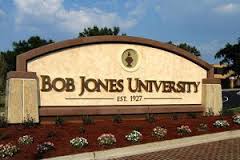 Last week I was contacted by an alumnus of Bob Jones University. She wanted to discuss what’s really going on there.

I’ve spent the past weekend reading testimonials from former students. The extent of the cover-up is worse than has so far been reported in much of the mainstream media. The leadership of this allegedly Christian organization has systemically ignored, shamed, shunned, slandered, and demonized those who have been abused and the people who speak on their behalf.

Here’s what you need to know about the developing sexual abuse scandal at BJU:

A girl who identifies herself only as Lydia began attending the university in the fall of 2008. When she returned home for Christmas break, according to al-Jazeera America, she was raped by an acquaintance.

She met with the Dean of Students, who encouraged her to talk to Rebekah, a dorm counselor and graduate student with a bachelor’s in counseling. Privately Lydia admitted that her rapist was still trying to contact her. She began raising hard questions about the nature of God and the validity of the faith she practiced.

Secretly Rebekah kept the administration informed of all correspondence that passed between them. Within a few weeks they had shut down Lydia’s email. Rebekah says they felt Lydia was leading her astray from the truth.

Lydia was then called into the office of her dorm supervisor, who accused her of lying about being raped because she was desperate for attention, and warned her that if she continued to talk about it, they would be forced to take disciplinary action.

A few days later Rebekah was urged to cut off all contact with Lydia. A week later, Lydia’s mother showed up in the middle of the night to take her home. When she asked her dorm supervisor why she was being expelled, she was told, “You already know.”

To this day Lydia is not permitted within fifty yards of the BJU campus.

In 1997, a fifteen-year-old girl named Tina Andersen was repeatedly sexually assaulted by Ernie Willis, a member of the church she attended in New Hampshire. (Willis was later convicted on three counts of forcible rape).

According to ABC News, when Tina learned that she was pregnant, Chuck Phelps, the pastor of her church and a member of the cooperating board of Bob Jones University, made her stand and confess her sin in front of the whole congregation. He then relocated her to a home in Colorado and implored her not to call the police.

Phelps maintains that he did contact the police, and that leading her in front of the church was his way of expressing their support.

Chris Peterman was a senior at BJU in 2011 when he learned about the Andersen case. Outraged, he began posting about it on Facebook, staged the first-ever campus protest, and drew enough attention that Phelps was asked to resign from the Board of Trustees.

In spite of this, Chris decided to go through with the protest, and urged fellow advocates to wear red on December 12, 2011. Campus leaders actively denounced him in the student chapel: if you don’t like the way we handle things here, they said,you should just leave. On the day of the protest, several student groups dressed in blue or green as a tacit defiance of Chris’s advocacy.

Chris was expelled nine days before graduation. Some of the charges leveled against him included not shaving and watching Glee in a house off-campus.

These are just three of literally dozens of examples of students being harassed and silenced by university faculty for being raped or speaking up on behalf of those who were raped.

How is the BJU faculty handling the allegations?

The faculty seems committed to the idea that if you were raped, it was your own damned fault. One person who was repeatedly singled out in the student testimonials is Mark Minnick, a teacher at BJU who also pastors a large church in the area, Mount Calvary Baptist Church.

Numerous alumni recalled him saying that certain people attract abuse because of their impurity. When specifically asked about children who are raped, he said that impure children attract sexual abuse. He warned students not to associate with a seventeen-year-old girl who had been assaulted because she was sexually tainted and needed to experience “the full weight of her sin.”

Nor are these deranged beliefs limited to the isolated musings of a single person. Victims were routinely told to apologize to their abusers. They were told to keep quiet and let go of their bitterness, to repent of any part of the assault that brought them pleasure. They were accused of being a bad influence on the other students. To this day Chuck Phelps insists that Tina Andersen was culpable because she made no effort to resist being raped. Other teachers are alleged to have said, If you knew Tina, you would understand why this happened, and She’s lucky she didn’t live during Bible times

The typical response to sexual abuse is first they need to forgive their abuser, and second is that they shouldn’t talk about it or it will hurt the cause of Christ,” says Jeffrey Hoffman, who was allegedly molested by a Sunday school teacher and BJU staff member when he was ten or eleven years old.

The overwhelming impression one gets when reading the testimonials is of a toxic spiritual culture that favors and protects abusers while humiliating and utterly dehumanizing their victims, a culture where strength and dominance are lauded while to be prey is the greatest of sins.

How are pro-BJU students and alumni handling the allegations?

Predictably, according to my friend, many students have fallen in line behind the faculty.

In the wake of Chris Peterman’s protest, school administrators released a public statement urging a “biblical approach” of “Christian forbearance” toward Chuck Phelps, and following Peterman’s expulsion introduced a new rule into the student handbook: “In the spirit of honor and wisdom . . . students should not use media to disparage BJU but should instead pursue truth in love by following this grievance process”—i. e., reporting all concerns privately to the faculty, as mandated by a very narrow reading of certain biblical passages.

As a result of these measures, the spiritual environment of the university is actively hostile towards those who “don’t follow the biblical model.” Addressing the allegations of sexual abuse in a public forum is viewed as a betrayal of the gospel and an attack on the Christian faith. And the countless personal stories of former and current students expressing the depths of their grief and betrayal are automatically dismissed as constructs developed by bitter people with a personal grudge against the faculty.

Bob Jones University is not a safe place to be broken.

How are the victims and their advocates handling the situations?

See for yourself. Here they are in their own words:

“In the world of Bob Jones, I am among the worthless. I was sexually assaulted by one of those who continues to be seen with honor. He was quickly ‘forgiven’ and restored. He bears no shame for the crime he committed. He is free to continue to assault others. If he does, I’m sure he will be quickly forgiven.”

“I was raped by a BJU student. It is documented in BJU’s files and in two other locations . . . It was NOT reported to the police. The expectation was that I would keep quiet. The student went on to graduate. I see his diploma as a stamp of approval by the administration. Students who listen to contemporary Christian music or go to the movies can be expelled, yet a rapist is allowed to graduate.”

“How does a person seek forgiveness for being raped? How do you confess a nightmare as sin?”

“Is BJU going to care? It seems to me that in the past year, the pattern has only been one of self protection—protect the school at all cost, at the expense of truth, at the expense of those who were greatly wronged and still suffer as a result of it, etc.”

As I sat there that day, you didn’t offer me one single word of comfort, not one single word of hope. Your only focus was to make sure I wasn’t planning to tell anyone else. That is all you cared about. You wanted to ensure the rapist was protected. He was someone you saw as honorable, while you saw me as worthless.”

“Is God’s protection and kindness meant only for sex offenders?”

What can YOU do?

Yes, this is all happening at a prestigious Christian university, a place whose graduates lead thousands of churches and seminaries throughout the country.

Evil has taken up residence in the house of prayer.

And so few within the bubble are able to see it. And so many who attend BJU and affiliated ministries will continue against all reason to defend a leadership that, judging by its actions, is wholly given over to darkness.

Because this is the abusive culture of American fundamentalist churches.

Because it’s so hard for us to conceive that anyone who stands in our pulpits and reads from our Bibles could be evil.

Because the laity are taught to accept the explanations and interpretations of their leaders without question.

Because when they tell you to turn away and ignore the abuse in your midst, half the congregation will turn away.

In parish after parish it’s the same story. BJU, alas, is not unique.

There are thousands of places in need of healing; some of them, undoubtedly, much closer to home. Places where your heart, your voice, are desperately needed.

Where the all-pervading mindset of “follow the leader and shame the victim” needs to be challenged and dismantled.

Where the abused, broken, maligned, ratted on, spat upon, pray in the silence for an advocate.

It’s not going to be easy. Defending the weak and oppressed, as it turns out, is the hardest of all battles. Because once you begin speaking out, the whole culture of toxic religion that has been built up over decades turns an instrument of torture to stifle your dissent.

But we have to do it.

Because all that is holy demands it.

Because the souls under the altar are crying out

Because the moment of crisis is upon us, and we can no longer keep silent.

March 4, 2014 Quoting Quiverfull: How Godly Is Your Name?
Recent Comments
10 Comments | Leave a Comment
Browse Our Archives
get the latest from
Nonreligious
Sign up for our newsletter
POPULAR AT PATHEOS Nonreligious
1