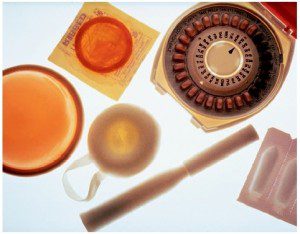 Ladies Against Feminism posted this link about birth control, showing that contraception does not cut back on abortions.

“Contraception reduces unintended pregnancies” has joined its fantastic make-believe friends “death with dignity,” the “efficacy” of embryonic stem cells, the “certainty” of man-made global warming, and the “positive” multiplier effect in the leftist vernacular.

The link gives several studies and then mentions this one.

Planned Parenthood’s own affiliate, the Guttmacher Institute, showed simultaneous increases in both abortion rates and contraceptive use in the U.S., Cuba, Denmark, the Netherlands, Singapore, and South Korea. Guttmacher cites other countries as evidence of the opposite relationship, but it is noteworthy that many of those countries already had high abortion rates, often as part of existing coercive government policies.

The Guttmacher study is really interesting and worth reading because Ladies Against Feminism twisted what they were saying. The webpage quotes the study, and then offers a more in depth explanation.

Why, then, does the relationship between levels of contraceptive use and the incidence of induced abortion continue to provoke heated discussion?* And why do some observers claim that increased contraceptive use leads to higher abortion rates?1

The reason for the confusion stems from the observation that, within particular populations, contraceptive prevalence and the incidence of induced abortion can and, indeed, often do rise in parallel, contrary to what one would expect. The explanation for these counterintuitive trends is clear.2 In societies that have not yet entered the fertility transition, both actual fertility and desired family sizes are high (or, to put it another way, childbearing is not yet considered to be “within the calculus of conscious choice”3). In such societies, couples are at little (or no) risk of unwanted pregnancies. The advent of modern contraception is associated with a destabilization of high (or “fatalistic”) fertility preferences. Thus, as contraceptive prevalence rises and fertility starts to fall, an increasing proportion of couples want no more children (or want an appreciable delay before the next child), and exposure to the risk of unintended pregnancy also increases as a result. In the early and middle phases of fertility transition, adoption and sustained use of effective methods of contraception by couples who wish to postpone or limit childbearing is still far from universal.

A long time ago, before couples had access to any birth control, people in general had large families, not just minority groups and homeschoolers. So when birth control first became available, the expected fertility rate went down. Couples suddenly wanted less children because that was an option. That want probably created  unwanted pregnancies. This was probably especially true because not everyone had access to the pill, but the number of desired children for the most part was still small. However, this was before Roe Vs. Wade.

According to this study, people are still living in that tension. When a society decides  they want two children instead of three, then the number of unwanted pregnancies may go up. Abortion rates may go up because of the unwanted pregnancies. Then it may reverse again when the trend changes from two to three.

Okay, now back to Ladies Against Feminism.

Planned Parenthood’s Frederick S. Jaffe, in Abortion Politics, admitted that “…even if everyone were to practice contraception, and use the most effective medically prescribed methods, there would still be a very large number of unwanted pregnancies.”

Abortionist and international contraception promoter Malcolm Potts [former director of Planned Parenthood of England] 1976 (even as early as 1973) quoted in Sex and Social Engineering by Valerie Riches.- “As people turn to contraception, there will be a rise, not a fall, in the abortion rate…”.

In Abortion, he noted, “…those who use contraception are more likely than those who do not to resort to induced abortion…”

Alfred Kinsey, 1955: “At the risk of being repetitious, I would remind the group that we have found the highest frequency of induced abortions in the groups which, in general, most frequently uses contraception.”

British Abortionist Judith Bury, Brook Advisory Centres, 1981: “…women…have come to request [abortions] when contraception fails. There is overwhelming evidence that, contrary to what you might expect, the provision [availability] of contraception leads to an increase in the abortion rate.”

This expresses the true heart of Ladies Against Feminism, and much of the homeschool movement. In their worldview, contraception is wrong; therefore, they can never say contraception is good, ever. For example, this quote fails to mention that married women might want birth control too. Does this mean that a married couple shouldn’t use birth control because it might, just might cause her to be more likely to have an abortion? Is the pill (or IUD or whatever the couple decides to use) the reason the couple might have an abortion? The fact is, the study is too simple. The use of the birth control pill won’t cause the husband and wife to have an abortion. The pill isn’t to blame.

Married couples need to have sex. And its good if they can have sex and not have nine children. But Ladies Against Feminism can’t go there because contraception is wrong in their minds. So they just, just make sweeping statements.

The truth is we don’t live in the past. If the study is correct and unwanted pregnancies is proportionate to the desire of children in that society (and why wouldn’t it be. 2 kids was the trend when I was a kid, now a lot of people have 3. Clothes go through trends, house styles go through trends) and the availability of birth control available in that society, then simply pulling back the availability of birth control or preaching abstinence won’t work. In other words, a long, long time ago back when people actually use to wear only dresses and actually have 10 kids, then the desire was kids. Today the desire is small family, and no kids until you decide. Telling adults “no birth control” won’t take away the current trends and current desires of 2 kid or 3 kids. As long as the current trend is small family, then there will be unwanted pregnancies. Making the pill harder to get doesn’t change this.

I agree that currently the only birth control method 100% full proof is no sex, period. But I disagree that pushing abstinence on society is a practical means to reduce unwanted pregnancies. In other words, if Christians, including Ladies Against Feminism, want to keep their conviction, that’s great, but to suggest it will work across board is pushing luck too far.

I don’t think it has.

March 22, 2014 Quoting Quiverfull: Smile or Be Tired and Fearful?
Recent Comments
89 Comments | Leave a Comment
Browse Our Archives
Follow Us!